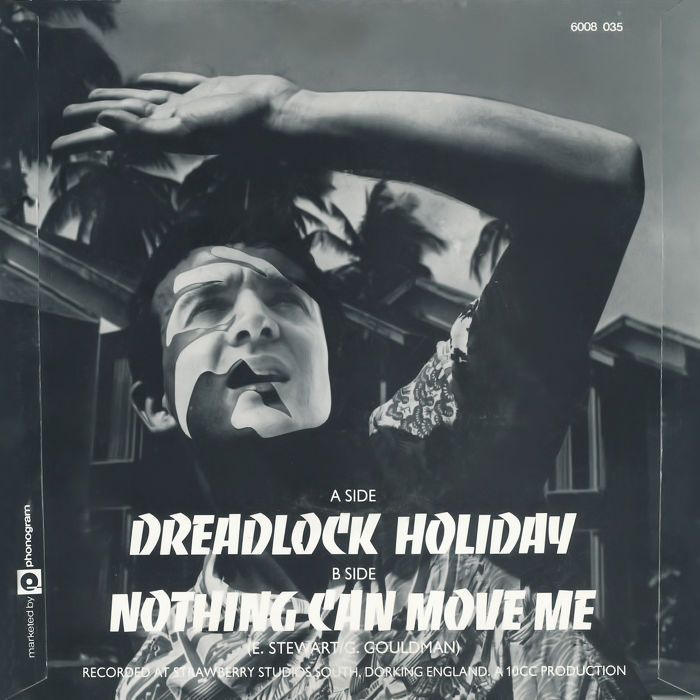 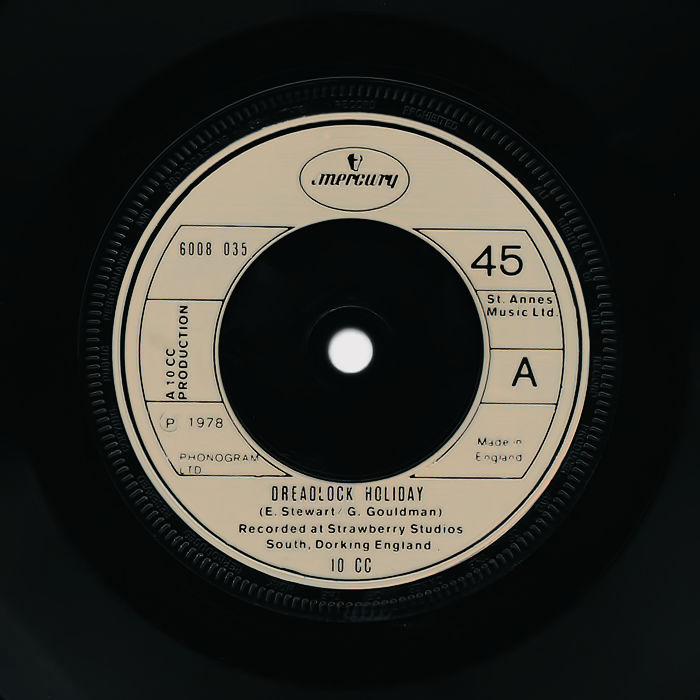 This reggae classic about a white man's experiences while holidaying in Jamaica is based on real events that occurred in Barbados, where Eric Stewart of 10cc and Justin Hayward of The Moody Blues took a vacation in 1977. Hayward was left on a boat with two guys from Barbados and one from Jamaica. The Jamaican wanted Hayward's expensive silver bracelet, offering him a mere dollar for it. The singer refused, saying it was a present from his mother. The Jamaican retorted ominously that in his country he would cut off his hand for it. The incident inspired the lines: "Well he looked down at my silver chain. He said I'll give you one dollar. I said You've got to be jokin' man. It was a present from me Mother. He said I like it I want it. I'll take it off your hands."

The chorus "I don't like cricket, I love it" was based on a real conversation guitarist Graham Gouldman had in Jamaica, while the best lines in the song were virtually a verbatim report of an incident in England. When a white guy arrogantly walked through a group of black guys talking to each other, one of them said: "Don't you walk through my words. You gotta show some respect." One imagines trouble might have followed.

Taking these snippets of events, Gouldman created a memorable narrative accompanied by wonderful pop-infused reggae music, complete with the 10cc hallmarks of strong melody and harmonies. Although it made No. 1 for only one week in the summer of 1978 - and would have surely enjoyed a longer run had Grease mania not propelled Olivia Newton-John and John Travolta back to the top with Summer Nights - Dreadlock Holiday was one of the best-selling singles of the year. No mean feat when you consider that more singles were sold in 1978 than in any other year bar one (1979).

The line-up of 10cc for this single was not the original quartet of Gouldman, Stewart, Godley and Creme - each a multi-talented musician, singer and writer. After two No.1 singles, the group split acrimoniously in 1976: Godley and Creme quit to become pioneers of the promotional pop video and were responsible for some of the most memorable examples of the 1980s, including Every Breath You Take by The Police, Girls On Film by Duran Duran and Two Tribes by Frankie Goes to Hollywood. They did not create the video for Dreadlock Holdiday, which was partly shot at Charmouth, Dorset (not far from where the TV series Broadchurch would be set).

From 1976 till the demise of 10cc seven years later, Gouldman and Stewart became the creative focus of the group. The single proved to be the zenith for the new line-up; everything spiralled downwards afterwards. Indeed, it was the last hit single that bore the famous name of 10cc, a virile volume double the average male ejaculate, although this name origin has been disputed on several occasions. Eric Stewart's serious car crash in January 1979 was a turning point. "It flattened me completely," he later told the BBC. "I damaged my left ear, I damaged my eye very badly. I couldn't go near music for about six months. And the momentum of this big machine that we'd had rolling slowed and slowed and slowed. And on the music scene, the punk thing had come in a big way. The Sex Pistols, The Clash, lots of things like that. So by the time I was fit again to play, I think we'd just missed the bus."

The truth is that Dreadlock Holiday was a huge hit while punk was still in rude health, and that two follow-up singles in 1978 crashed with barely a trace of wreckage. Rather, 10cc looked stale compared to the new wave of post-punk groups storming the charts (see Rat Trap by The Boomtown Rats) and electronic music was poised to be the dominant force of the new decade. In the coming age of the new romantic (see Fade To Grey by Visage), image was king and innovative videos were as important as the music. Ironically, that bus was driven by their former band mates, but Dreadlock Holiday remains one of 10cc's most enduring songs.

We hereby instate Dreadlock Holiday by 10cc on The Wall as No.14 Best Single of 1978

A classic No.1 from the summer '78. I remember a group of us playing a game of cricket on the school playing field whilst singing along to the lyric "I don't like cricket, no, no…I love it"!Dave B 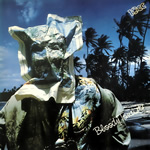