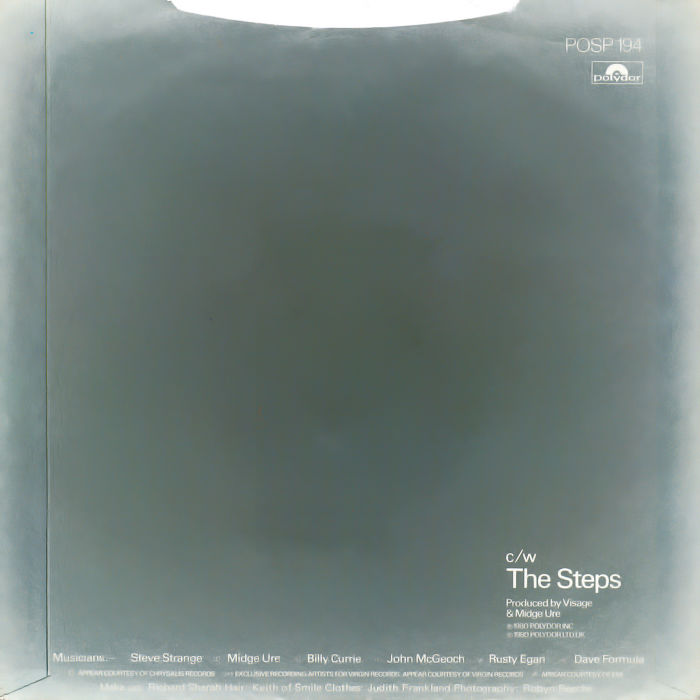 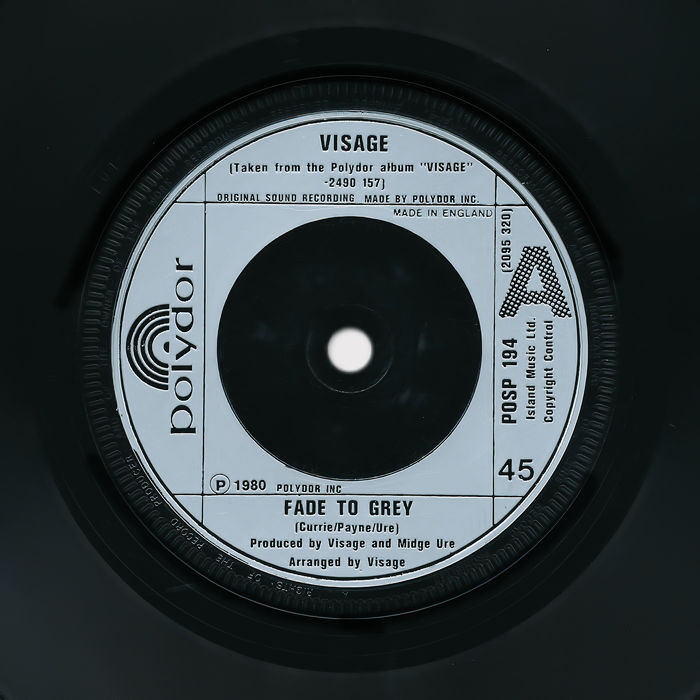 In 1973, 14-year-old Steve Strange dyed his hair bright orange. He was amazed at the shocked and outraged reaction of everyone at his school, the headmaster even suspending him until he sorted himself out. Not that he attended regularly, but it was a salutary lesson in how to get noticed, one he never forgot.

His artistic adventures in self-expression continued as a punk. He went on the Anarchy Tour with the Sex Pistols, as a friend of the group, before taking up an administrative position working for The Rich Kids, formed by ex-Pistol Glen Matlock, Midge Ure and Rusty Egan. By late 1977, he and Egan had commandeered a bar called Billy's for a regular Friday "Bowie Night" - devotees would gather in avant-garde clothing and dance to Bowie, Roxy Music and Kraftwerk. Steve acted as fashion bouncer, vetting every punter to ensure "the atmosphere was maintained" by admitting only the "weird and the wonderful".

As he had discovered earlier, adventurous hairstyles, clothes and make-up were a way to get noticed. The only problem was the lack of futuristic music they craved. When Midge Ure offered Steve some free studio time, they formed Visage working with Billy Currie of Ultravox and three members of Magazine. They cut some demos and Fade To Grey was one of the songs.

The song is a masterpiece of electronic futurism, which still sounds fresh today. The vocals are sung in English by Strange and spoken in French by Egan's Belgian girlfriend, adding a cosmopolitan touch. The minimalist lyrics depict a lonely man standing in the rain on a deserted train platform wanting to end his own life: "Stepping out of a backdrop poster Wishing life would not be so long." The title, also sung throughout in French - "Devenir gris" - uses the metaphor of a movie fade out to convey the transition from the colour of life to the bleakness of oblivion.

The demos were heard by producer Martin Rushent, but legal problems meant the album was initially shelved. In the meantime, Strange appeared in David Bowie's Ashes To Ashes video, helping popularize the New Romantic fashion movement, while his clubs were featuring groups like Spandau Ballet and Culture Club. After signing with Polydor, Fade To Grey was released in December 1980 and spent almost four months in the UK chart peaking inside the Top Ten. It made No. 1 in both Germany and Switzerland.

Although Strange did not write the song, he was the lead singer and face of the group, important for a group called Visage. The striking video, one of the earliest made by Godley and Creme, was shot out of black and highlighted his many guises, perhaps most famously with hieroglyphics stencilled on his painted face. DJ Julia Fodor, who looked like a white death mask with red lipstick, mimed the French spoken part. Although the visual effects look dated now, the video was significant because it was one of the first to focus on artistic impression rather than a conventional song performance. As Fade To Grey climbed the charts, Strange appeared on the front cover of Smash Hits in January 1981 with his hair flopped to one side, rouged cheeks and bright red lipstick, reflecting the video.

After Visage disbanded in 1985, he became a promoter in Ibiza, but he could never escape his New Romantic persona, appearing the BBC drama "Ashes To Ashes" (2008) performing Fade To Grey in a scene set in the Blitz nightclub. He died of heart failure in 2015, aged 55. If he faded to grey, Steve Strange had at least lived a Technicolor life.

We hereby instate Fade To Grey by Visage on The Wall as the No. 8 Best Single of 1981.

I was never really in to the New Romantic scene but I always thought 'Fade to Grey' stood out as an exceptional slice of electronic pop. Arty, classy and timeless. Dave B 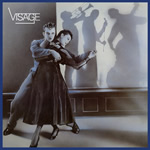