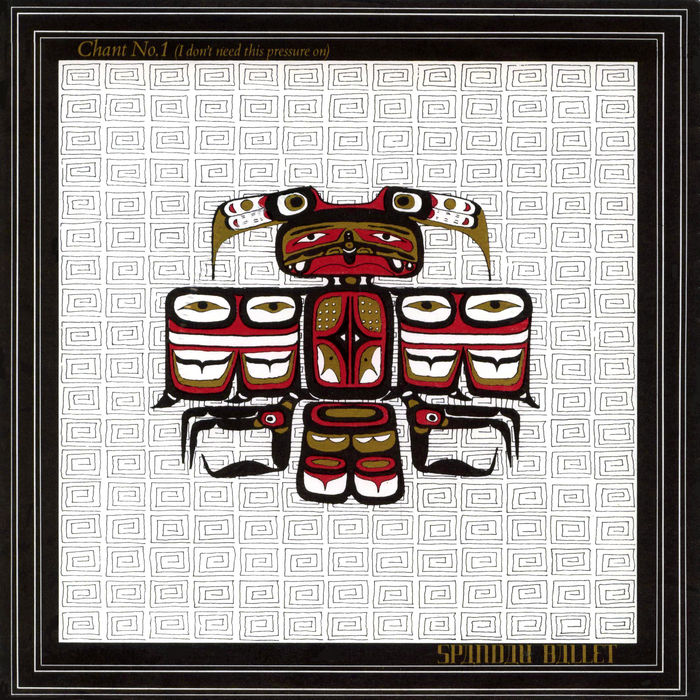 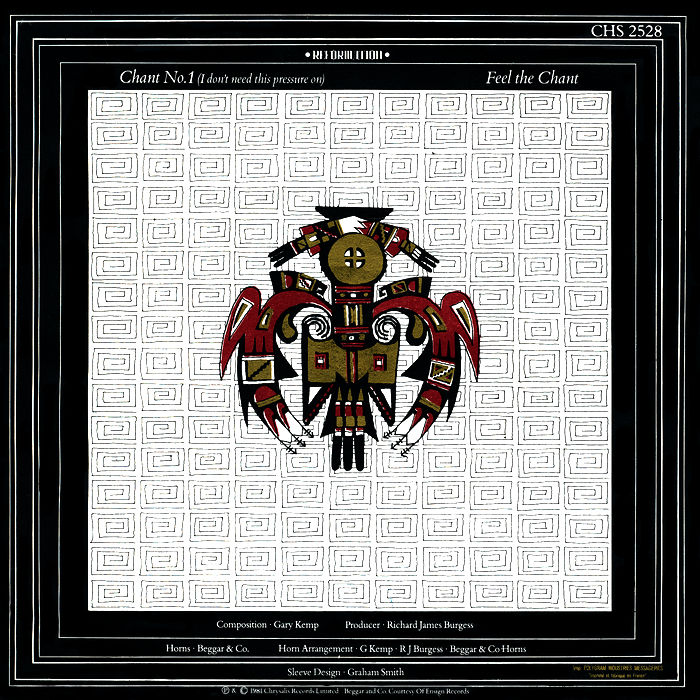 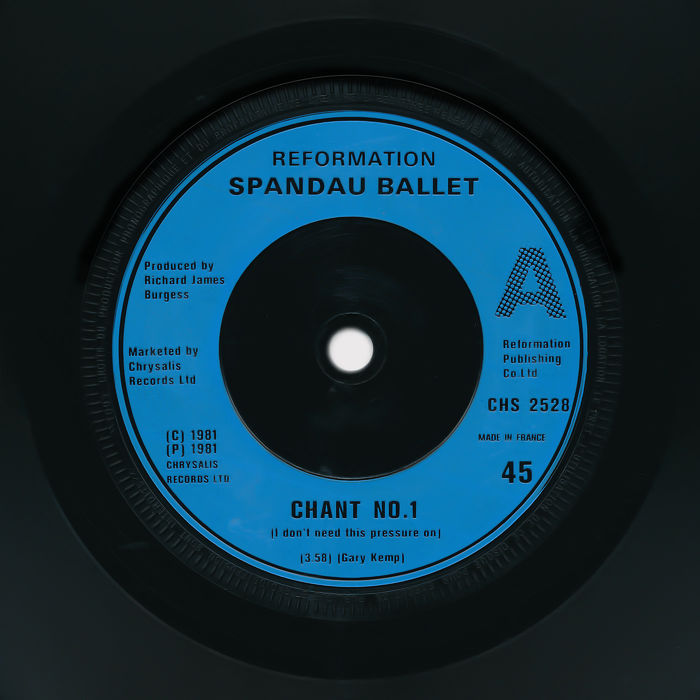 Chant No 1 (I Don't Need This Pressure On)

Commenting about Spandau Ballet in The Guardian on the occasion of their reunion in 2009, writer Michael Hann was scathing about the group. They were Thatcherism on vinyl, he ranted, following an ethos of style over substance. Along with brick-sized mobile phones and chrome-and-black furniture, they were about projecting an image rather than being intrinsically worthwhile.

It seems arbitrary to pick on Spandau Ballet as an emblem of a political ideal because image-conscious commercialism ("Thatcherism") has always been rampant in the music industry. It goes back long before Thatcher came to power, at least as far back as Epstein protecting the wholesome Beatles. It reached its apogee with Malcolm McClaren steering the safety-pinned Sex Pistols onto the front pages of the nation's newspapers, two years before the Conservative leader entered Downing Stret. No, the real gripe appears to be that lead singer Tony Hadley supported the Conservative Party.

However, Hann is not alone in disliking Spandau Ballet's music; he described Chant No. 1 as "sexless funk". Although the track is not of the calibre of a funk masterpiece like Controversy by Prince, also released this year, it nevertheless deserves credit for injecting a fresh sound into mainstream music. Inspired by Wheel Me Out by Was (Not Was), it had a guttural bass and conga-tapping beat punctuated by brass played by Beggar & Co. It was white funk with a touch of white rap; an unashamed anthem for night clubs and markedly different to the great wave of synth-pop.

Like many Spandau Ballet songs, the lyrics are a stream of consciousness: "I checked the time, it was almost time. A curious smell, an intangible crime" is a great opening but it leads nowhere. A sense of guilt develops throughout the song - "I know this feeling is a lie... There's a guilt within my mind" - but its object is never clearly defined, lending itself to different interpretations. The key to the song is the repeated chorus of "I don't need this pressure on", which seemed to be vaguely apposite during a time of race riots and economic decline. That powder-keg summer you listened to Ghost Town but danced to Chant No. 1, clubbers shouting out the chorus as a cathartic mantra.

The video was also pure club land. It was filmed at Le Beat Route, a Soho club renowned outpost for poseurs and the in-crowd. It showed the band playing in the dimly-lit and swaying nightclub dressed in sharp suits rather than the more flamboyant outfits associated with new romantics. Indeed, this signposted the group's image for the next three years. The video includes cutaways to Muhammad Ali boxing on a black and white TV and, near the end, a Lenin poster. Did anyone tell Tony? Chant No 1 flew up the charts, reaching a peak position of No. 3, and topping the NME, chart in August. Spandau Ballet would not reach such heights for almost another two years, when the crooning ballad True became their only official No. 1.

Huge success in the mid-1980s reaped large financial rewards for the popular group. However, success often breeds conflict, and the close-knit group ended up fighting a court case over money. Three group members argued that songwriter Gary Kemp had informally promised them a share of the song writing royalties, which was honoured until the group disbanded. "It was a utopian, idyllic situation where you wanted to trust everyone; it was all for one and one for all," drummer John Keeble said. "We had an arrangement between ourselves, and we were schoolmates. We weren't cynical, we just did things on trust." Kemp won the case, leaving the three with no additional royalties and a large legal bill.

We hereby instate Chant No 1 (I Don't Need This Pressure On) by Spandu Ballet on The Wall as No.20 Best Single of 1981

Spandau Ballet always divided opinion. I think their songs have stood the test of time better than some believe. Chant No. 1 is among their best.Ant B

*Written by: Gary Kemp. Taken from the album "Diamond" 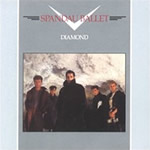