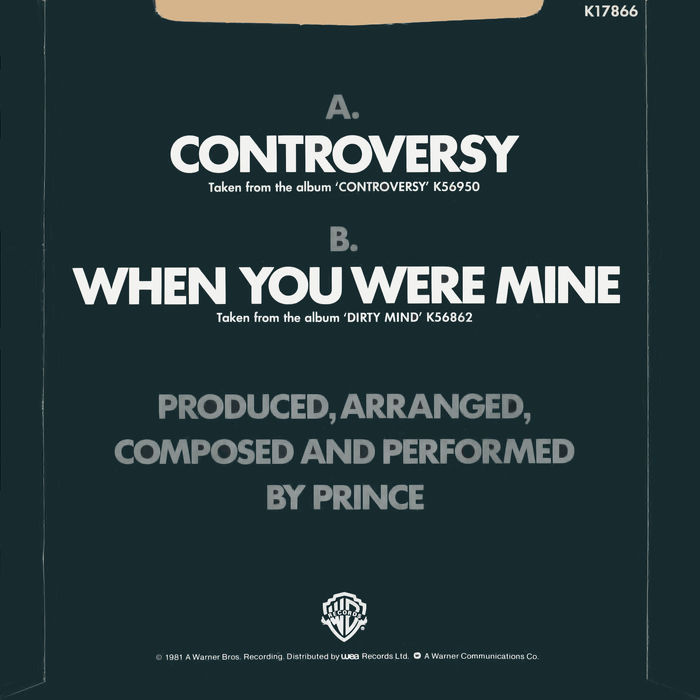 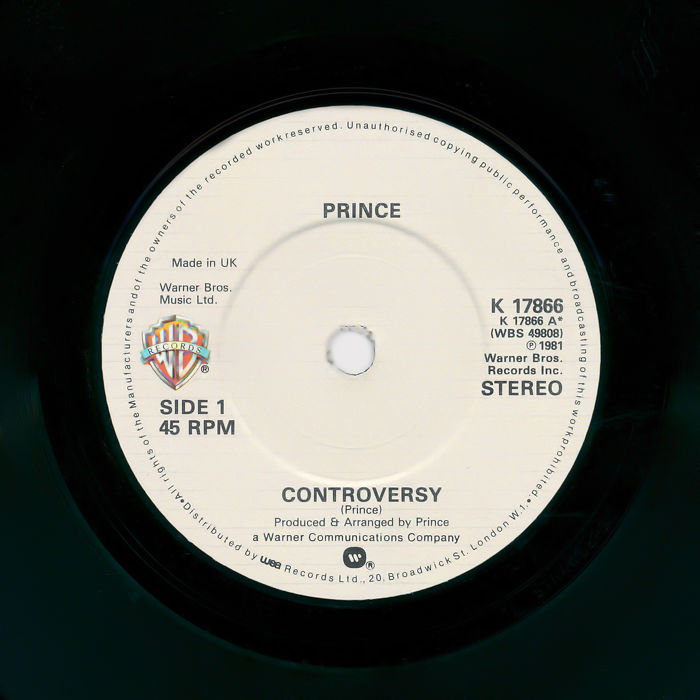 Controversy was not merely a song title but a statement of intent. Throughout his career, the flamboyant pop star originally called Prince was never far from dispute and disapproval. This single, which failed to chart in the UK when it was released in the autumn of 1981, was decried as blasphemous; his songs and performances during the 1980s were slammed for being overtly sexualised; and he later changed his name to a graphical squiggle and demanded that he should be called The Artist Formerly Known As Prince before starting a protracted battle with fans and Internet companies over unauthorised use of his music and image. But for all the controversy, Prince was a towering figure in the music industry because of his creative genius.

Controversy is an exemplar of his unique style. Fusing funk, soul and pop which was catchy enough to listen to and groovy enough for the dance floor, it heralded a new genre of dance-funk for which Prince became renowned the world over. The song is about the public attention surrounding his life: his sexuality, religion and race. As the lyrics made clear, he did not understand what the fuss was about: "I just can't believe all the things people say (Controversy) Am I black or white? Am I straight or gay? (Controversy) Do I believe in god? Do I believe in me?"

In the seven-minute extended version, the lyrics added a verse reciting the Lord’s Prayer, folding a highly religious element into a sexualised song. Despite the resulting furore from religious groups, Prince insisted he was devoted to God, and this was his way of showing it. Indeed, it appears Prince believed God and sex were both rooted in transcendent experiences, the joy of salvation and the joy of sex. A poster for the album Controversy visually conveyed his philosophy of combining the sacred and the carnal: a partially naked Prince is in a shower with a crucifix.

However, the track is also concerned with intolerance: "I wish there was no black and white, I wish there were no rules." Unfortunately, Prince had first-hand experience of racial prejudice during his early career and again, in October 1981, shortly before the single was released. He opened for The Rolling Stones on their American tour, playing at the Los Angeles Memorial Coliseum in front of 90,000 people - his biggest audience to date. The crowd consisted mostly of white, hippie rockers who took an instant dislike to the diminutive black singer playing funky grooves. Boos rang out, then cans and bottles rained down on the stage. He stormed off leaving his backing group to pointedly finish the track "Why You Wanna Treat Me So Bad" without him. He was convinced to return a few days later but subsequent shows were no different, and Prince bowed out. He was on the brink of becoming a global superstar; the bottle-throwing rockers only served to show themselves as musical dinosaurs and, worse, racist.

Controversy is arguably the single that best summed up his unique style: a funk track packed with sexual, religious and racial themes. The music was ahead of its time; it sounds as though it was a single from the 1990s that has been misfiled in 1981. In fact, it was re-released in 1993 and reached No. 5 in the UK, demonstrating the record was not out of place a decade later. We date a single by the year in which it achieved its highest chart position. So, by this criterion, Controversy should have been date stamped as 1993, outside of The Golden Years (1977 - 1985). However, if there is a good reason, exceptions are made and we consider this song to be so original and pioneering when placed in the context of this year's music that we decided to include it.

We hereby instate Controversy by Prince on The Wall as No.7 Best Single of 1981

A tighter than a gnats arse, synth-funk Prince classic which, in 1981, sounded like it had come from another time, another planet.Dave B

*Written by: Prince. Taken from the album "Controversy" 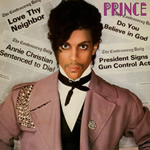