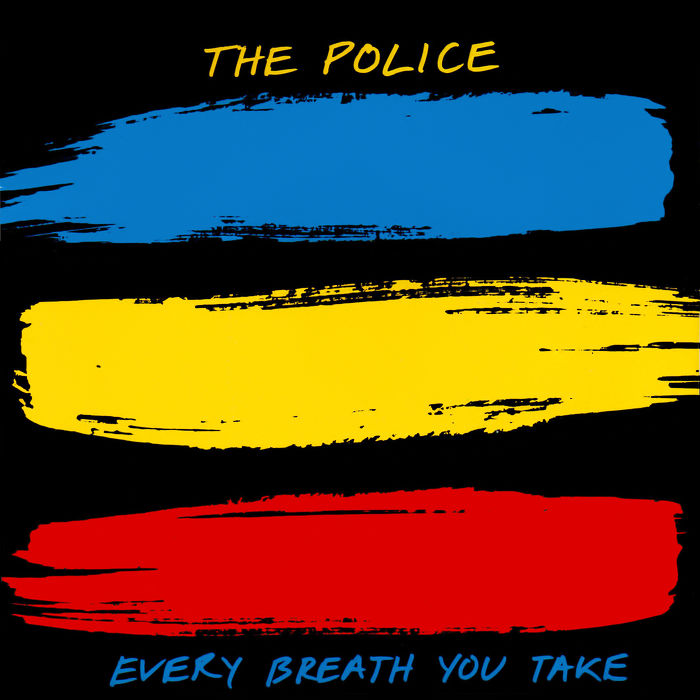 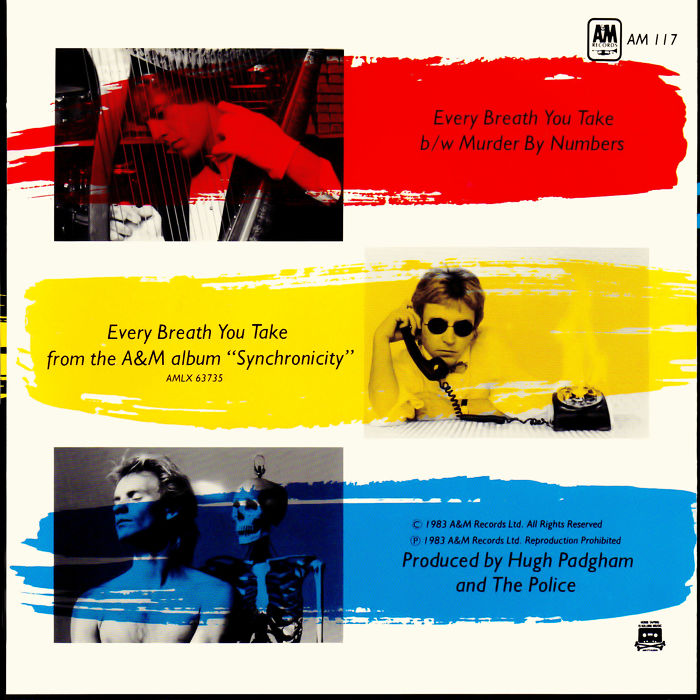 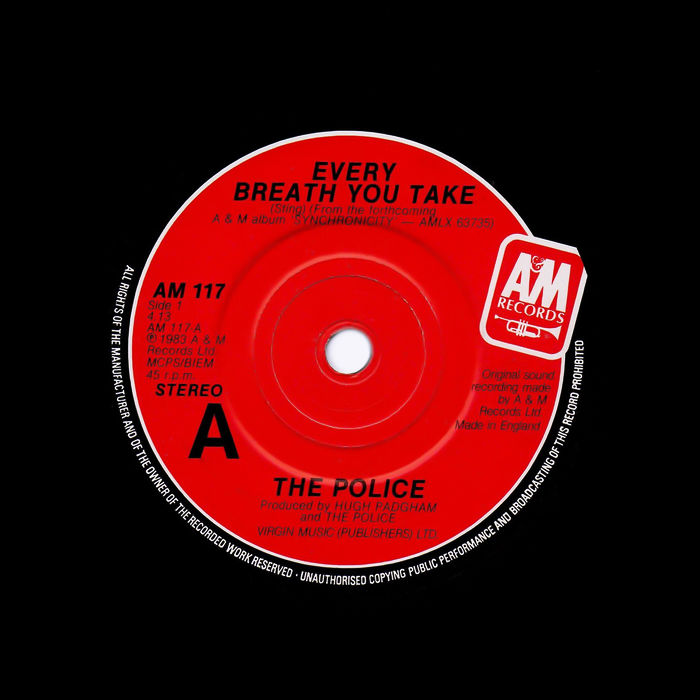 Every Breath You Take

The Oscar-nominated movie Jammin' The Blues (1944) opens with a column of cigarette smoke swirling against a black background. We see an indistinct circular object in the middle of the screen, only visible because its edges are highlighted by a gentle light. To a laid-back jazz score, the camera slowly pulls out and we recognise the item as the top of a hat. We then see its wearer, Lester Young, a saxophonist holding a lighted cigarette between his fingers as he plays. The man who literally coined the word "cool" to mean something fashionable, appeared the epitome of it himself. Directed by Life photographer Gjon Mili, the short film is renowned for its close-ups of the musicians and their instruments as they perform in the monochrome shadows.

Cue the video for Every Breath You Take directed by Godley and Creme. Shot entirely in black and white, the opening shot focuses on smoke swirling from a lighted cigarette resting in an ashtray. We then see the members of the group playing in the shadows, illuminated by soft lightening, with close-ups of Sting's hands on the double bass. The influence of Jammin' The Blues is unmistakable, the result is one of the best videos of the MTV age. It contributed to making the song a colossal worldwide hit and the year's biggest selling single in the US.

The song is a perennial favourite at weddings and Valentine Day request shows, making it a leading contender for Most Misunderstood Song of all time. It is hard to know what the bride and groom were thinking during their slow dance on their big day when they fondly sang to each other: "Every move you make Every vow you break Every smile you fake Every claim you stake I'll be watching you."

The bestseller is not about inseparability of two lovers but the coercive control of a spurned partner who refuses to accept that a relationship is over. It is a practically a psychological blueprint of pathological stalker. Perhaps the misinterpretation occurs because the soothing melody leads many people to perceive the song differently, but this is hopelessly incorrect.

Sting said at the time, "I think it's a nasty little song, really rather evil," so no one could claim they had been fooled. "It's about jealousy and surveillance and ownership." It was written when his first marriage broke down, and the song's lyrics clearly reflect the dark, brooding thoughts that can occur during an acrimonious split.

It was a case of music by numbers for the composition, Sting calling it "generic" and "rule-obeying". Yet it is the guitar riff that makes Every Breath You Take a standout track, and that was down to guitarist Andy Summers. The demo originally featured Sting singing the chorus over a Hammond organ. Drummer Stewart Copeland remembers: "Andy went, 'Guys, hello? We're a guitar band?' Andy is truly clever with harmony and worked out the song's arpeggiated guitar figure."

It was this beguiling riff that was sampled by rapper Puff Daddy on his huge hit I'll Be Missing You in 1997. It is said that Sting allegedly was unaware of the sampling until the royalties rolled in. In fact, a significant proportion of Sting's publishing income is believed to come from Every Breath You Take. And this is where it gets contentious. The rapper did not re-use the melody or the lyrics but the memorable guitar work of Andy Summer, who failed to get the full recognition and, it would appear, the financial reward. Little wonder he called it "the major rip-off of all time".

At the 26th Annual Grammy Awards, held on February 28, 1984 in Los Angeles, Every Breath You Take won the Grammy for Song of the Year, which recognises the songwriter (which legally is the writer of the melody and the lyrics, sorry Andy). By contrast, the Grammy for Record of the Year recognises the performing artist and the producer, and was awarded this year to Beat It. Incidentally, both songs made the top two positions on The Wall for the best singles of 1983.

Finally, a bit of trivia. Apparently, Sting wrote Every Breath You Take at the same desk in Jamaica where Ian Fleming wrote his James Bond spy novels. Clearly, there must be something in the wood that induces great creativity!

We hereby instate Every Breath You Take  by The Police on The Wall as No.2 Best Single of 1983

This is not a gentle little love song. It’s quite the opposite; it's sinister and shouldn't be allowed at weddings.Dave B

*Written by: Sting. Taken from the album "Synchronicity" 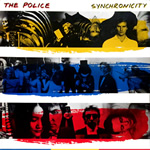