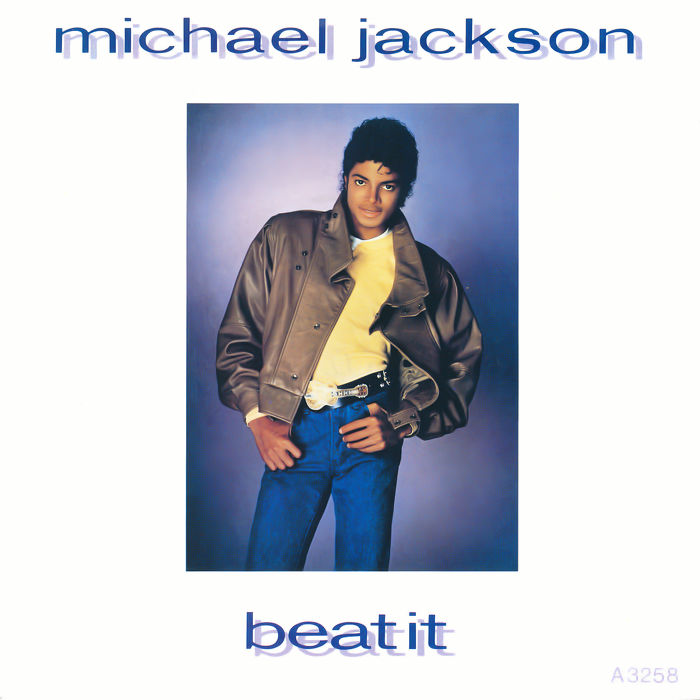 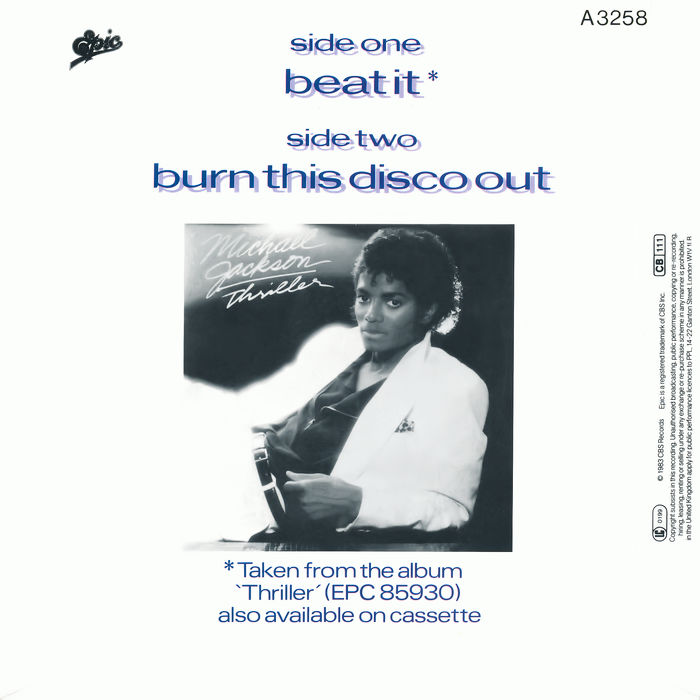 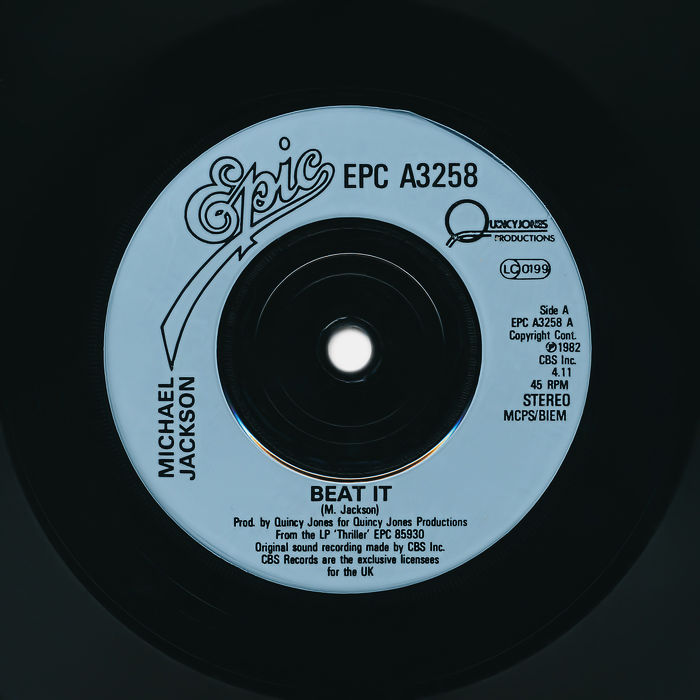 The movie West Side Story (1961) opens with the simmering tensions between two New York Gang gangs boiling over into a fight. "Watch it, Jet Boy!" shouts one of the Sharks. "Hey, Jet Boy," snarls another. "Beat it!"

Fast forward to the early summer of 1983. "Beat it!" sings Michael Jackson in the promotional video, as two gangs square off against each other in disused warehouse in downtown LA. "Beat it! Beat it! Beat it!" As a sensational rock guitar wails, blades are flicked. The choreographed fight scene is followed by a trademark Jackson dance routine, with dozens of dancers in a triangular formation mirroring his mesmerising moves at its apex. This is West Side Story remade for the MTV generation.

Jackson's lyrics are intelligent, attacking the world of street-gang machismo in which fighting is viewed as strong and walking away as weak. The moral is that the coward gives in to his vain pride while the brave walk away knowing they will be vilified as a loser. Like the opening of West Side Story, the song begins with confrontation: "Don't you ever come around here Don't wanna see your face You better disappear The fire's in their eyes and their words are really clear So beat it Just beat it."

Does the gang member fight or walk away so that nobody dies? These two conflicting thoughts are juxtaposed throughout the song and are neatly expressed at the start of the second verse: "You wanna stay alive Better do what you can So beat it Just beat it You have to show them that you're really not scared You're playin' with your life This ain't no truth or dare".

The genesis of the track was when producer Quincy Jones suggested to Jackson that the Thriller album should include a rock track along the lines of My Sharona by The Knack. Jackson later said that he wrote Beat It as the rock song that he would want to buy. Musically, it is sustained by a driving guitar riff (played by Steve Lukather of Toto) and the blistering rock guitar solo in the middle section. Although initially sceptical, Eddie Van Halen agreed to create the solo. On being told he could improvise, the rock guitarist re-arranged the entire section so his solo was in the key of E.

Jackson only heard it when after it was finished. "I didn't know how he would react," Van Halen later recalled. "So I warned him before he listened. I said, 'Look, I changed the middle section of your song.' Now in my mind, he's either going to have his bodyguards kick me out for butchering his song, or he's going to like it. And so he gave it a listen, and he turned to me and went, 'Wow, thank you so much for having the passion to not just come in and blaze a solo, but to actually care about the song, and make it better.'" Not only that, Van Halen never charged for his contribution.

Van Halen's solo turns a great pop song into something truly memorable, providing a harder rock edge and musically reflecting the street violence of the lyrics. Urban legend says that during recording of the solo, a speaker in the control room caught fire. Whether true or not, Van Halen's cameo set the song alight and to this day sets Beat It apart from almost all contemporaneous pop songs.

Jackson's masterpiece combines clever lyrics, a driving guitar riff, a throbbing dance beat and an explosive lead solo from one of rock's greatest stars. It sold 7M copies worldwide and rightly won Record of the Year (awarded to the artist and producer) at the Grammy Awards, held in Los Angeles on 28 February 1984. The show was watched by the largest TV audience for the Grammy Awards, revealing the level of interest in pop music this year and especially the mania for Jackson, who scooped eight awards in total.

We hereby instate Beat It by Michael Jackson on The Wall as No.1 Best Single of 1983

At the time, I preferred the more synth-based Billie Jean to Beat It. With its driving guitar riff and Van Halen solo, I now consider Beat It to be Jackson's finest song. The video is also a classic and a progenitor to Thriller.Ant B

*Written by: Michael Jackson. Taken from the album "Thriller" 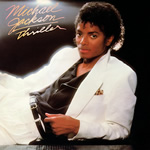