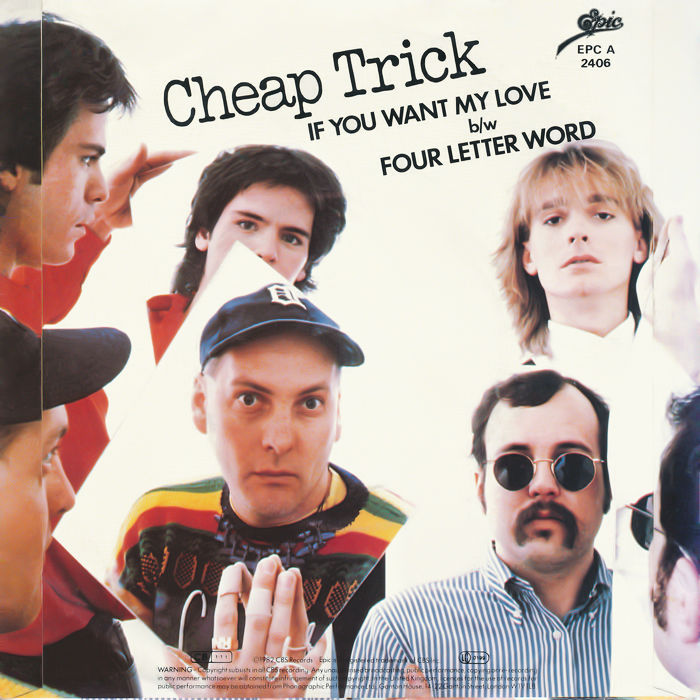 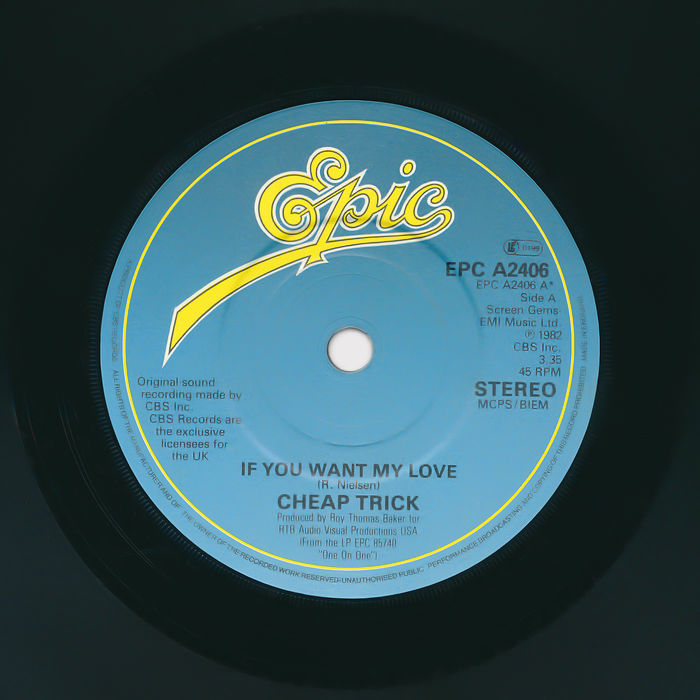 If You Want My Love

There must be a listing somewhere called I Can't Believe This Is Not A Cover. Our nomination for the Beatles category* would be If You Want My Love, which sounds from start to finish like a Lennon-McCartney composition. And a good one, with lush production. This is ironic because Cheap Trick's breakthrough was due to a live album recorded abroad.

Let's start at the beginning. The group, led by Rick Neilsen, hailed from Rockford, Illinois and formed in 1973. After a punishing schedule of gigs, clocking up as many as 200 live shows per year supporting acts like Boston and Santana, Cheap Trick released their eponymous debut album in 1977. Although it shifted over 150,000 copies, it failed to chart in the US but made a big impact in Japan, which would prove to be the spark for group's commercial breakthrough.

After a similar story with a second album, the group toured Japan in February 1978, playing two nights at the 14,000-capacity Budokan Arena. The octagonal indoor hall, originally built for the 1964 Olympics, first staged a rock concert when The Beatles visited in 1966, a month prior to the their final live performances in the US. In a surprising parallel, "Trickmania" gripped Tokyo, the group's dates selling out almost immediately to fervent fans. Ten tracks taken from both shows were released on a live album intended for the Japanese market. The album highlighted not only the group's mastery of live performance but also captured the fanatical audience reaction. A year later, due to growing demand, Cheap Trick At Budokan was released in their homeland and began a year-long residency in the US album chart, peaking at No. 4.

The group's connection to The Beatles strengthened when George Martin produced their 1980 album, All Shook Up, which included several subtle references to the supergroup. Yet it was from Cheap Trick's next album, produced by Roy Thomas Baker (whose production credits include Queen's Bohemian Rhapsody) that spawned a song so redolent of The Beatles that the group could pass as a tribute act. Indeed, bassist Tom Petersson later stated that If You Want My Love was "the best Beatle song we ever recorded". Critics agreed, Billboard calling it "a Beatlesque gem".

From start to finish, the lyrics and the music conjure up the fab four, but three features in particular have striking similarities to particular Beatles songs. At the end of the chorus, singer Robin Zander "woooos" like Paul McCartney in She Loves You while the track-making bridge - "Cos lonely is only a place You don't know what it's like You can't fight it It's a hole in my heart In my heart" - sounds like it has been lifted from My Guitar Gently Weeps. It is followed by a short acoustic riff that hints of the sitar in Norwegian Wood.

Music author John Borak wrote that If You Want My Love is the leading candidate for the best 1980s ballad, a piece of "Lennon-meets-McCartney-head-on splendour". While we cannot disagree with the last sentiment, we have to pedantically point out that the track's greatest influence was actually composed by George Harrison. Yet, for all its deserved accolades, the single never breached the UK Top 50.

Before we end this story, we note that there is a nominal British connection to the American rockers. A progenitor group, formed in 1972, was called Sick Man Of Europe, an epithet typically used at the time to denote the economic problems of the UK. It is now urban myth that the change to Cheap Trick was made the following year after the group saw Slade in concert. The glam rockers, riding high in the UK charts at the time, allegedly used every "cheap trick in the book" during their live set. Whatever these might have been, the group's new name was born. And no doubt, the group used one or two themselves in penning this great Beatles tribute track.

* Other nominations for the Beatles category of I Can't Believe This Isn't A Cover would include Sowing The Seeds Of Love by Tears For Fears (1989) and Mr Blue Sky by ELO (1978). Let us know if we missed any others.

We hereby instate If You Want My Love by Cheap Trick on The Wall as No.18 Best Single of 1982

Sounding like a pastiche of several Beatles tracks,If You Want My Love was a singalong favourite on a alcohol-fuelled holiday in the Summer of 1982. Great memories! Dave B

*Written by: Rick Nielsen. Taken from the album "One on One" 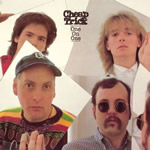