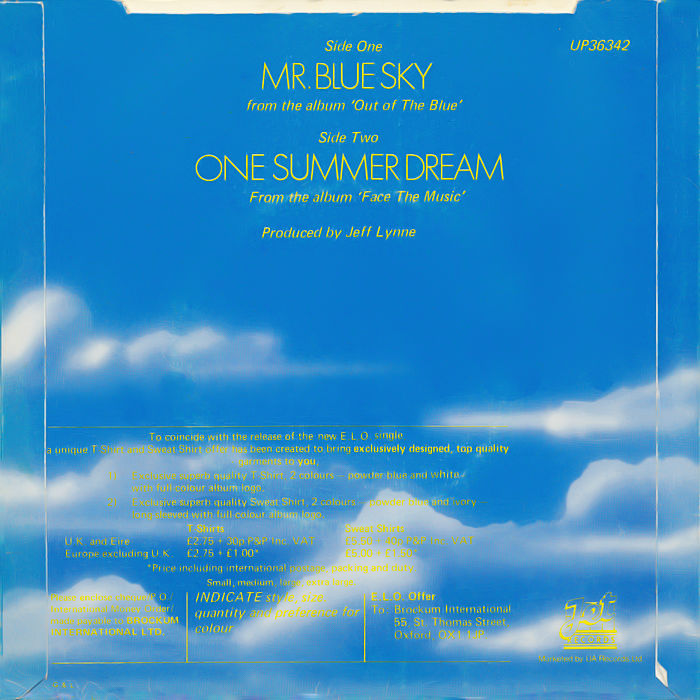 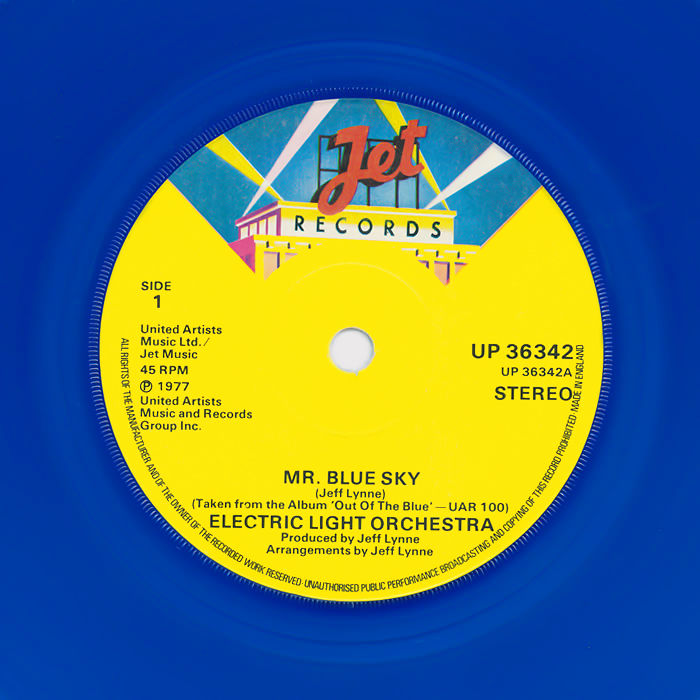 If someone had never heard of pop music and wanted to hear a fine example, the catchy and uplifting Mr Blue Sky would surely be on the playlist. The song, notable for being one of the first to use a synthesised voice, was penned by frontman Jeff Lynne after enduring two weeks of mist and rain in Switzerland during which time he had written nothing. The sun came out, the creativity flowed and 14 songs were composed in the following fortnight, including Mr Blue Sky.

The song is unquestionably influenced by The Beatles, not only because of the overall sound and rich arrangement but also by the use of a fire extinguisher to create a bell (Penny Lane) and panting (A Day In The Life). The connection between ELO and the world's most famous pop group is strong - John Lennon believed that had The Beatles not split up in 1970 they would have evolved to sound something like ELO; a massive compliment to the Birmingham-based group. Further, when The Beatles released two singles in the 1990s (Free As A Bird and Real Love), based on demo recordings left posthumously by Lennon, they were produced by Lynne.

Mr Blue Sky delights throughout, but the joyous operatic harmonies that kick in after three minutes and continue to the fade out are surprising and extraordinary. The album version is longer by over a minute and contains a stirring reprise that ends with a stunning string arrangement that captures the very moment the sun breaks through the clouds. Through the music, you feel it, you see it, and one wonders whether any of the great classical composers could have done better. Over the final bars the synthesised voice slowly sings "Please turn me over" – reminding the listener to flip the disc over. This delightful technological anachronism only adds to this track's status as classic vinyl.

The song is the final track of Concerto for a Rainy Day, the third side of the Out Of The Blue, which was one of ELO's most celebrated albums. It also includes the hits: Turn To Stone, Sweet Talkin' Woman and Wild West Hero. ELO's most popular album was Discovery. Released a year later, it shifted 2 million copies in the US, topped the album chart in the UK and spawned three Top Ten hits - Shine A Little Love, Diary of Horace Wimp (another track heavily influenced by The Beatles) and Don't Let Me Down.

Despite only reaching No. 6 in the UK singles chart when it was released in 1978, Mr Blue Sky has gone on to become ELO's signature track. It has featured in ten movies, was played during the opening and closing ceremonies of the London Olympics in 2012 and was even used as a wake-up for astronauts on the Space Shuttle. It is also one of the UK's most streamed songs from the 1970s; in fact, in 2018, it received 26 million plays on Spotify, which was only bettered by Queen's Bohemian Rhapsody. It might have taken several decades, but Mr Blue Sky now stands tall in the pantheon of pop masterpieces.

We hereby instate Mr. Blue Sky by Electric Light Orchestra on The Wall as No.5 Best Single of 1978

This song is a tour de force that showcases Jeff Lyne's incredible virtuosity and song-writing skills. One of the best 'feel good' songs ever written. A true pop classic.Dave B

*Written by: Jeff Lyne . Taken from the album "Out Of The Blue" 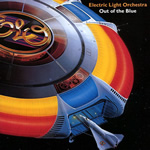