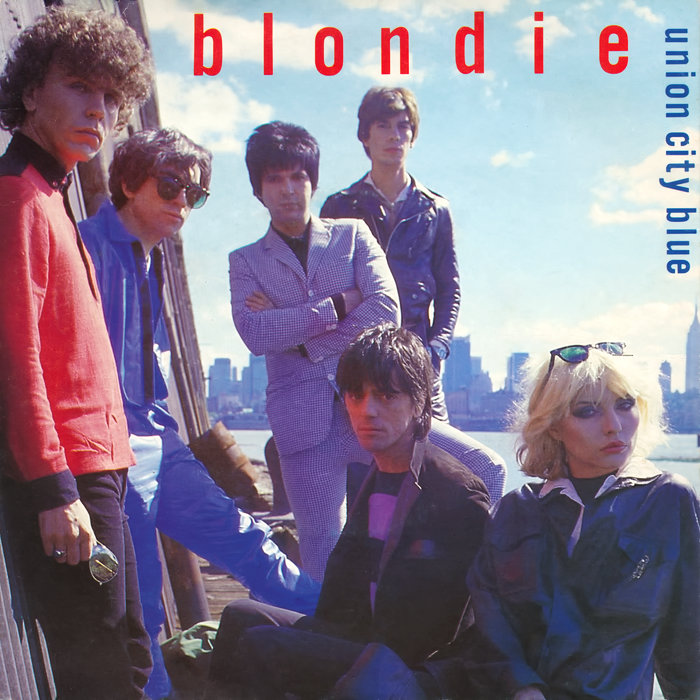 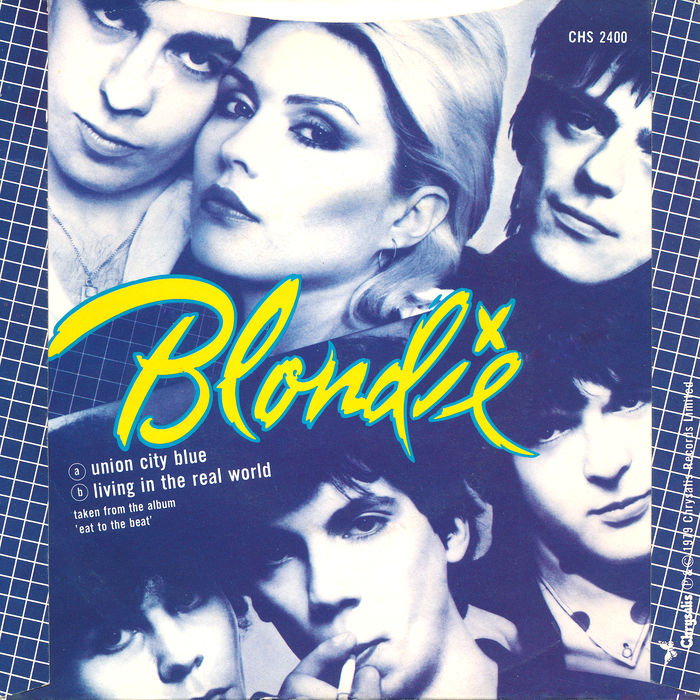 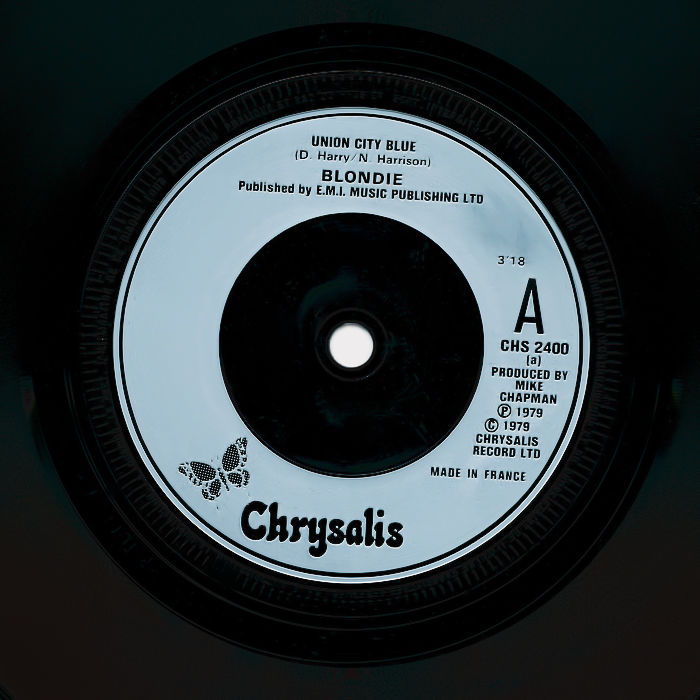 In the UK, Blondie were one of the most successful artists of the year. Everyone old enough will remember the glitter ball video of Heart of Glass, which topped the charts in February. It went on to sell over a million copies, a feat only matched by four other songs this year, including Ian Dury's Hit Me With Your Rhythm Sitck and Pink Floyd's Another Brick In The Wall. Blondie's saccharine-sounding Sunday Girl also hit the top in May and the group would have notched up three consecutive number ones this year had Dreaming reached one place higher in October.

A fourth single, and the second taken from their album Eat to the Beat, was released in late November. Little noticed, it failed to make the Top Ten, yet it surely ranks as one of Blondie's best-ever tracks. Union City Blue combines a rich and powerfully arranged anthemic sound, catchy melody and engaging lyrics that lead singer Debbie Harry wrote while filming Union City, a low-budget film noir released in May 1980. Set in 1950s, it's about an alcoholic accountant who neglects his beautiful wife, played by Harry in her screen debut, because he is obsessed by the daily theft of milk from his doorstep. He takes drastic action against the thief while his wife finds satisfaction with the building supervisor. The story is a metaphor for society's preoccupation with materialism while overlooking the more important and precious things in life.

Union City Blue is about a passionate but illicit love affair that has reached a turning point: "Oh, oh, what are we gonna do?" The tryst appears to involve a powerful man, part of the initial attraction, but which is now causing problems: "Oh, power, passion plays a double hand". Indeed, the music superbly conveys both of these attributes but with an undertone of melancholy, perhaps regret. But there's hope: "I say he's mine, I have a plan, I say he's my Union City man". Indeed, Union City Blue appears a clever title referring to Union City in New Jersey, the film, and an urban relationship that's losing its way. One odd line is "In turquoise, Union, Union, Union City Blue". It has been suggested that "in turquoise" is actually a euphemism for "intercourse", and reflects the sexual nature of the song, which adds another interpretation to the use of "union" and "blue" throughout.

Whichever way you interpret the song, the lyric and music combine in a way that you never tire of hearing. A great but underrated Blondie track from the middle of the group's heyday.

We hereby instate Union City Blue by Blondie on The Wall as No.20 Best Single of 1979

Debbie Harry delivers one of her best vocal performances – period. The single is a criminally underrated, new wave gem in Blondie's back catalogue.Dave B

*Written by: D.Harry, N.Harrison. Taken from the album "Eat To The Beat" 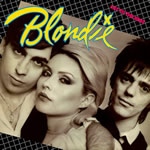