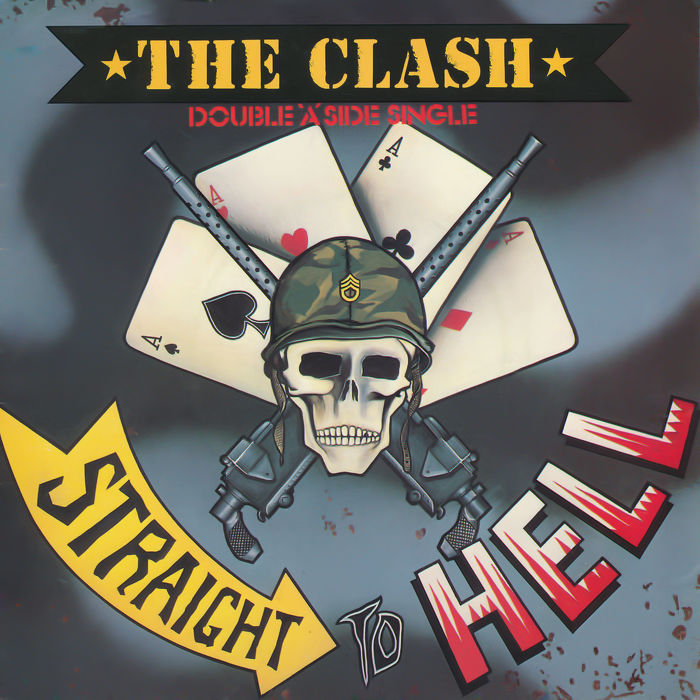 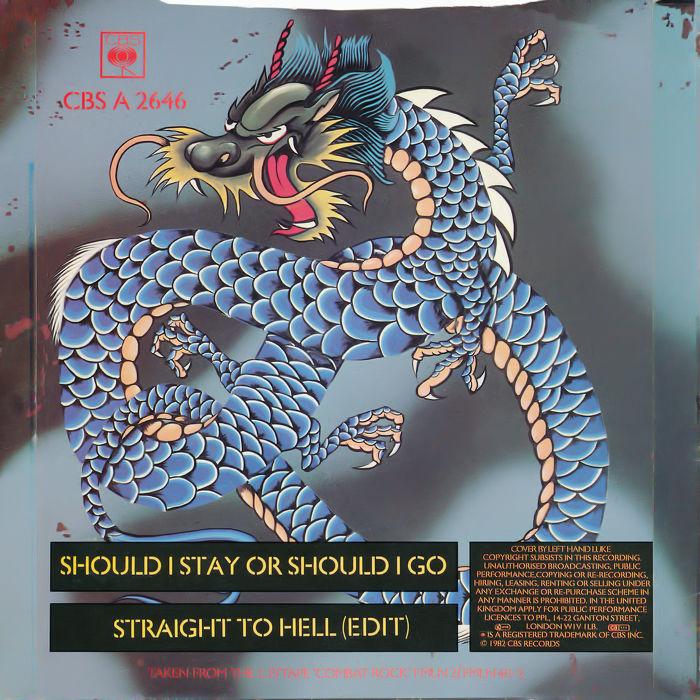 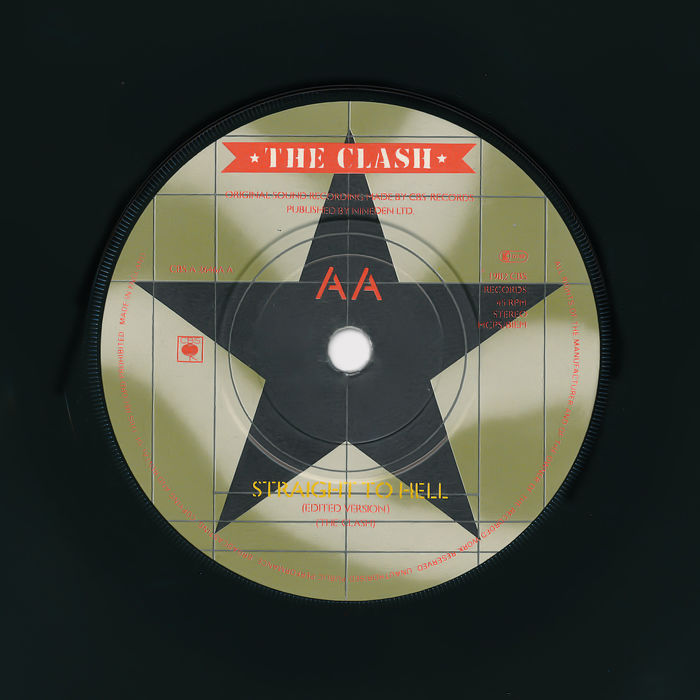 The final track of the final album recorded by the original line-up of The Clash, Straight To Hell is a fitting denouement to the career of one of Britain's most influential groups. The haunting song reveals an uncomfortable world panorama of injustice and neglect.

It started as an unusual guitar riff from Mick Jones, which might have gone nowhere until drummer Topper Headon came up with an eccentric beat to accompany it. Most similar to a bossa nova rhythm, it was certainly not rock 'n' roll and required unconventional methods to record it. Lead singer Joe Strummer recalled: "Just before the take, Topper said to me 'I want you to play this' and he handed me a lemonade bottle in a towel. He said, 'I want you to beat the bass drum with it.'"

Without studio time almost out, there followed a frenetic creative buzz the day before the quartet were due to fly home from New York in 1981. Strummer had worked through the night on the lyrics, which revealed an insightful sensitivity and poetic touch. He went down to the recording studio to put down the vocal. Arguably, it is one of his best performances, his voice melancholic, restrained and clear.

Like the spirits in A Christmas Carol, Strummer takes us on a disturbing journey in three scenes. The opening is Britain during the recession of the early 1980s (see One In Ten by UB40). It examines the plight of immigrants, who came to "paradise" during the post war years, but now find themselves trapped in deprived industrial towns and abandoned by a heartless generation of politicians. They are unwanted: "There ain't no need for ya Go straight to hell boys".

The next vista is Vietnam. When US troops left the country in 1975, many thousands of "Amerasian" children were left behind, born to disadvantaged girls who had little choice and GI boys who cared even less. Loathed in their own country for being enemy spawn, they were considered mere "dust of life" to be brushed away. Treated like unwanted immigrants, who are always perceived as parasites, they dream of escaping to America and finding their fathers. But they don't want them either: "Lemme tell you 'bout your blood, bamboo kid. It ain't Coca-Cola, it's rice." In the chorus, the line "Straight to hell, boy" is the absent father condemning his son to a wretched life, while "Go straight to hell boys" is Strummer's moral condemnation of the soldiers.

The final scene is America but the story is the same: the immigrants and addicts are the unwanted, mere dust to brushed away. The lyrics focus on the impact of the drug epidemic in US cities, where immigrant populations try to escape their lives in impoverished ghettos by taking the poisoned products of drug dealers in "Junkiedom USA". The doped-up are unable to fight for a better life and it's the immigrants who get the blame - a "volatile Molotov" thrown at them in Alphabet City as a violent threat to make them leave.

The last verse returns to the theme of the first, the immigrants have found "There ain't no asylum here. King Solomon he never lived round here." Like Ignorance and Want cowering under the spirit's gown in Dickens' classic, Strummer reveals Injustice and Neglect huddled together under the flag of every nation: "Could be anywhere Mostly likely could be any frontier Any hemisphere".

After the group had finished the track and emerged from the subway into Times Square packed with New Year's Eve revellers, Strummer felt euphoric. He knew they "had just done something really great". And so they had. However, the creative tensions which had culminated in such an original track also heralded the group's demise; they were headed in different directions, musically and personally. This was the end.

The single was released in the autumn of 1982 as a double A-Side with Should I Stay Or Should I Go. The latter became The Clash's only No. 1 single when it was re-released in the early 1990s on the back of it being used in a jeans commercial. Yet it is the lesser known Straight To Hell that has proved to be one of the enduring legacies of the revered group.

We hereby instate Straight To Hell by The Clash on The Wall as the No. 1 Best Single of 1982.

This track barely received any airplay in 1982, most of it was given to the underwhelming Should I Stay. You have to listen to Straight To Hell rather than tap your foot and hum along to a catchy melody. It is a polemic set to music. And, sadly, its message is still relevant today.Ant B 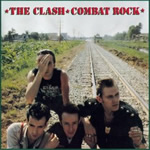