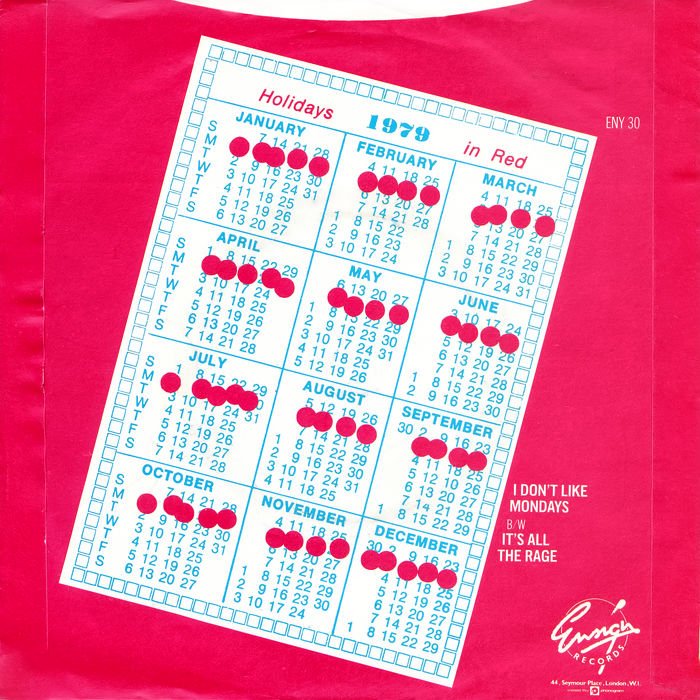 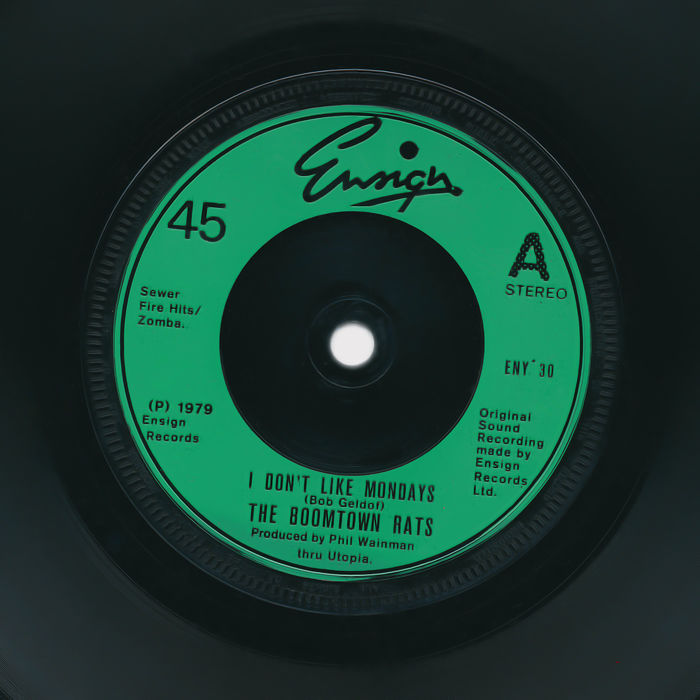 8:30am, 29 January 1979. A 16-year-old schoolgirl opens her bedroom window and calmly picks up her Christmas present. She points the .22 rifle at pupils in the playground of the elementary school across the street. She squeezes the trigger, firing off 36 rounds in total. During a six-hour standoff with police, an enterprising reporter from the San Diego Tribune phones her and asks why she had killed two people and wounded nine others.

Later the same morning, a shiny telex machine whirs into life and "types to a waiting world". Bob Geldolf, lead singer of The Boomtown Rats, is being interviewed at an Atlanta radio station and sees the telex come through. Its spluttering keys type out the reason for the senseless attack offered by the young perpetrator to the journalist: "I just don't like Mondays… nobody likes Mondays."

Geldof started writing the lyrics the moment he left the radio station. The song began as a reggae-style track but was transformed by Johnnie Finger's piano accompaniment. It was slated for a B-side, Geldof allegedly telling the record company it would be mad to release it as a single. The record company insisted and, six months after the shooting, an all-time classic hit the airwaves across the world and has remained there ever since.

After only one day of sales it entered the UK singles chart at No. 15 and the following week it had powered to the summit. It rapidly shifted half a million copies and there was talk about it possibly becoming the UK's biggest-ever selling single. In the end, it didn't even become the bestseller of the year, which was Art Garfunkel's leporine ballad. However, it deservedly won the Best Pop Song (Ivor Novello Awards) and Single of the Year (British Pop and Rock Awards), a prestigious achievement given that 1979 is pop music's vintage year not only in terms of sales volume but also due to the quality and variety of single releases this year.

The perpetrator of the shootings was 16-year old schoolgirl Brenda Spencer. Her father unsuccessfully tried to get the single banned in the US, arguing the track was exploiting his daughter and the tragedy. Geldof denied this: "Her father said that we were sick and degenerate and I made the point that it wasn't us who gave her a gun every Christmas since she was ten years old." And that included the semi-automatic rifle with a telescopic sight and 500 rounds of ammunition that she received from Santa a little over a month before. Spencer later would say "I asked for a radio and he gave me a gun." It's a postscript that only adds to the senselessness of the whole tragedy and extends culpability beyond a deeply troubled teenager.

Unfortunately, the San Diego shooting was not an isolated incident; it proved to be a bloody blueprint for mass killings that has since plagued America and other countries, including Britain. Forty years on, the song is as relevant as the day of its release and the issues it raises are more pressing not less, especially as Brenda Spencer is now eligible for parole.

We hereby instate I Don't Like Mondays by The Boomtown Rats on The Wall as No.10 Best Single of 1979

This song received colossal airplay in the UK. I can vividly remember listening to the radio at a friend's house at the end of the school summer holidays. The piano intro came on and my friend, tiring of the song, changed the dial on his tinny transistor skipping through the white noise. He must have re-tuned to four or five different stations in a minute and each time it was the same song playing. I was pleased because I never tired of hearing it.Ant B

*Written by: Bob Geldof. Taken from the album "The Fine Art Of Surfacing" 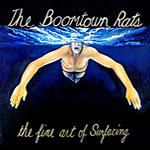 © Wow Vinyl 2023. Lyric excerpts are copyright of their respective owner(s).