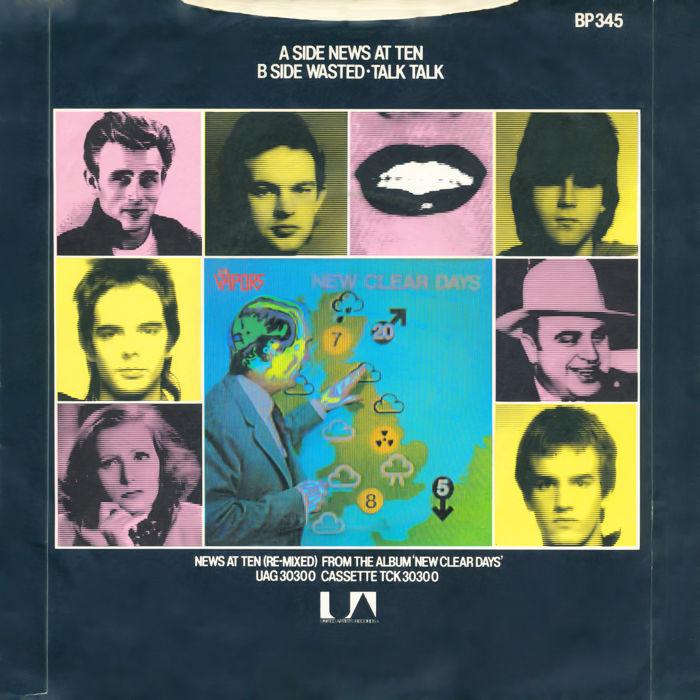 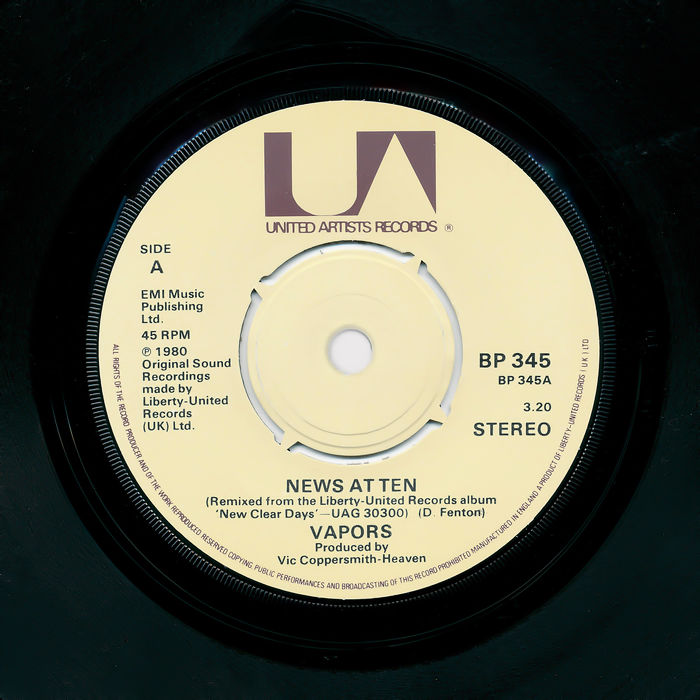 Mention The Vapors, and everyone thinks of Turning Japanese, the quirky song with an oriental guitar riff that everyone believes is about jerking the gherkin. It's not, and the group's biggest hit is not even among the best tracks from their excellent debut album, New Clear Days. That accolade goes to News At Ten, the group's follow-up single.

Let's step back. Dave Fenton had formed The Vapours in 1978; the spelling was later Americanised in an attempt to appeal to the massive US market. An early gig was seen by The Jam's Bruce Foxton, and he invited The Vapors to support The Jam on their Setting Sons tour in 1979. Fenton recalled: "That was brilliant – going from playing to 20 people or one man and his dog in a pub to 2,000-seaters with The Jam."

A record deal with United Artists also saw their first single released that year, Prisoners, which quickly established the Vapors style. Then came Turning Japanese, the famous Top 3 hit. "Everything that possibly could have gone wrong went right for us, from finding a record company and management to having a hit within a few weeks of the year," Fenton remembered. "But the following year everything went horribly wrong, not least losing the people we were working with."

United Artists were bought out by EMI, which was uninterested in the Guildford-based group. In fact, the new record company was unaware that News At Ten had been released as a single. The group also lost their management at the same time. Neither was the fault of the group; it was sheer misfortune, especially the timing.

These two factors were bad enough, yet worse was to follow: the group was prevented from performing the single on Top Of The Pops, vital to raising awareness at the time. "News At Ten charted at No.44 straight off, enough to automatically get a spot on Top of the Pops," Fenton explained. "But there was a BBC strike and the show was cancelled." In fact, a long-running musician strike meant nine editions of the famous programme (from 5 June to 31 July) were never made. As no promotional video was released, there is no contemporaneous footage of the group performing one of their best tracks.

So it was fated: News At Ten would not be the hit it deserved. The energetic song is about the perennial generation gap, and a son's rejection of his father's conformity. The father "picks up the paper and appears to be quite serious" and just sits "at home and watches News At Ten". The title and the cover artwork is from ITV's flagship news programme, which was one of the most watched on British TV at the time. The son silently ignores his father's views: "And you smile at him and agree cos he's your old man But still I can't hear you (still I can't hear you) You make no sense to me."

The single was taken from New Clear Days, one of the most underrated albums of the era. The album's title is a pun on "nuclear days", and the cover artwork shows an irradiated weatherman giving a forecast using a mushroom cloud and radiation symbols. Unfortunately, timing is everything in fashion-led markets, and its intelligent lyrics and style would have surely been a big hit two years before, but it was released as a tidal change in popular music ushered in synth pop. Songs like the Sixty Second Interval, Cold War and the epic Letter To Hiro demanded a far larger audience.

The solid follow-up album, Magnets, was not a chart success and the group later disbanded. Lead guitarist Ed Bazalgette would later enter the TV industry, directing episodes of BBC1's Poldark and Dr Who. Dave Fenton became a music industry lawyer, ironically working for the Musicians' Union, the trade union which had forced Top Of The Pops from the TV screens during summer of 1980.

All that seems to be left of The Vapors is the faint echo of that oriental riff, still heard on radio stations to this day, their other work almost completely forgotten and overlooked. It makes no sense to us.

We hereby instate News At Ten by The Vapors on The Wall as No.6 Best Single of 1980

I was introduced to The Vapors by Dave, who had seen them support The Jam. Having played New Clear Days every day during the summer of 1980, I thought The Jam should have opened for them! I would not go that far today, but New Clear Days remains one of my favourite albums.Ant B 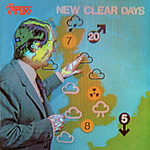