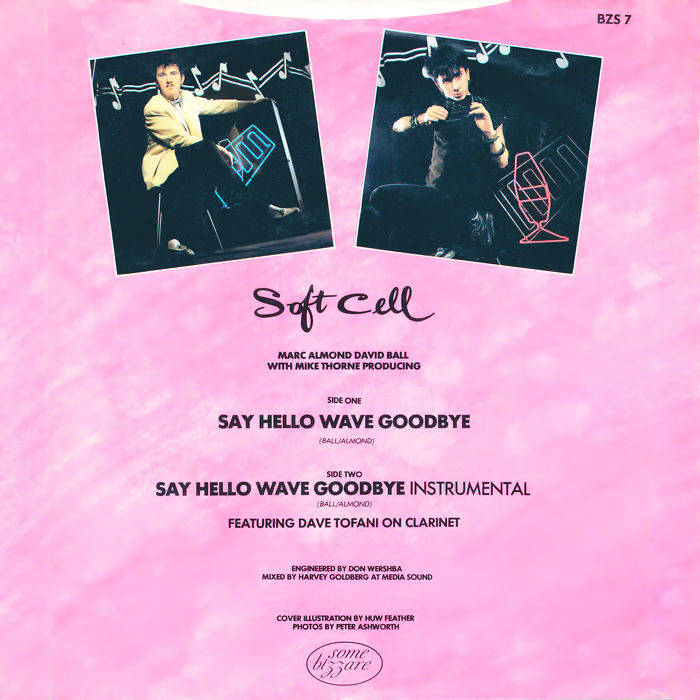 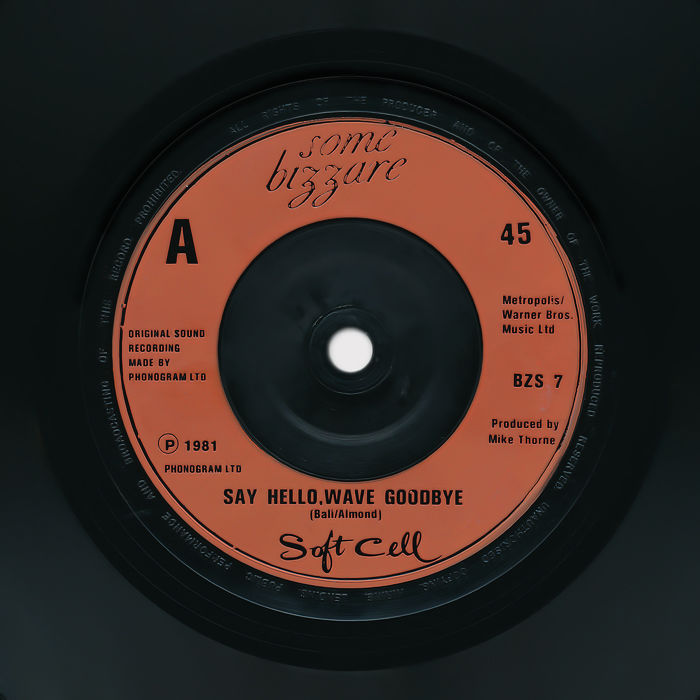 Squatting behind the dramatic temples of Shaftesbury Avenue, the facade of the Raymond Revue Bar looms like a 1950s Las Vegas casino in London's Soho district. It's the early 1980s and the "international striptease spectacular" is a beacon for a sleazy underworld that stirs only under cover of night. Remonstrating and arguing, a couple spill out from the adjacent Piano Bar and into the cold drizzle of Brewer Street. Standing in puddles reflecting the pink and blue neon lights, he is wearing a crumpled suit, she a cocktail skirt and high heels. He coldly pushes her away. She wipes the streaks of mascara from her cheeks. He turns and walks down a side street. She tugs the blonde wig from her head, revealing a crew cut and a male countenance, and storms back inside the bar.

This scene might have been played out for real. Something like it might have even been observed by Marc Almond, lead singer of Soft Cell, who had an apartment on Brewer Street near The Piano Bar, a popular venue at the time. Late at night, its neon sign flashed in translucent pink, seducing punters to part with a pound and pass the burly bouncer on the door. Inside it was dingy and louche; a low-lit, threadbare lounge, barely bigger than an average sitting room, with a baby grand piano in the corner. Here drag queens and cabaret acts with names such as Ruby Venezuela performed into the small, smoke-filled hours while respectable London slept.

You've got the picture. Now change the name of the bar and start the drum and triggered bass. Cue Almond's vocals: "Standin' at the door of the Pink Flamingo cryin' in the rain. It was a kind of so-so love And I'm gonna make sure it doesn't happen again... We tried to make it work, you in a cocktail skirt And me in a suit but it just wasn't me."

Although the million-selling Tainted Love earned Soft Cell a place in pop history, Say Hello Wave Goodbye is their greatest song. It sums up everything about the duo: a sparse, minimalist electronic sound with an insanely catchy keyboard hook; lyrics about a dysfunctional, guilt-ridden love; and an emotional vocal that forever lingers somewhere in the depths of your psyche. It is 1980s Soho on vinyl.

The lyrics, powerfully evocative of a short-lived relationship rapidly falling apart, course with bitter recrimination and withering condescension. "As for me, well, I'll find someone Who's not goin' cheap in the sales. A nice little housewife, who'll give me a steady life And not keep going off the rails". Almond is quoted as saying the song about a relationship between a prostitute and her lover. Perhaps he was also once a client, but the point is that he now feels contempt: she is not worthy of him. Some interpret the song as having a gay subtext, but in our view it is a story of an ephemeral relationship that ended not far from where it began - in a sleazy bar. This is the real tainted love.

Interestingly, there was a cult movie called Pink Flamingos starring the super-sized drag queen Divine (who had a hit with You Think You're A Man in 1984). It is notorious for its nudity, profanity and stomach-churning scenes of pure revulsion, including one of coprophagia (we are not going to spell it out, so look it up). We have been unable to establish whether the film inspired the name of the fictional bar, but we're kind of hoping it did!

Say Hello Wave Goodbye was the name of the 40th anniversary show given by Soft Cell at the O2 Arena on 30 September 2018. It was a fitting title for a one-off reunion concert; it was the first the duo had given in 15 years and billed as their last ever. Naturally the song was the final track they performed in front of the huge crowd; they had saved their best till last.

We hereby instate Say Hello, Wave Goodbye by Soft Cell on The Wall as No.3 Best Single of 1982

I have always loved this song. It is a classic of the electronica genre - the minimalist synth sound that rose to prominence during 1981-82. This was the time Soft Cell were at the height of their chart success and this is the pick of their hits.Ant B 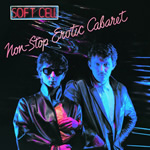