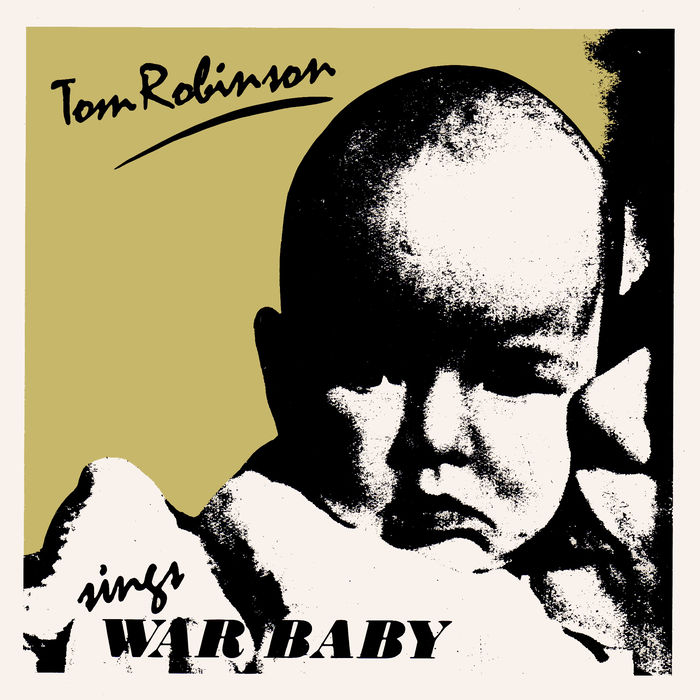 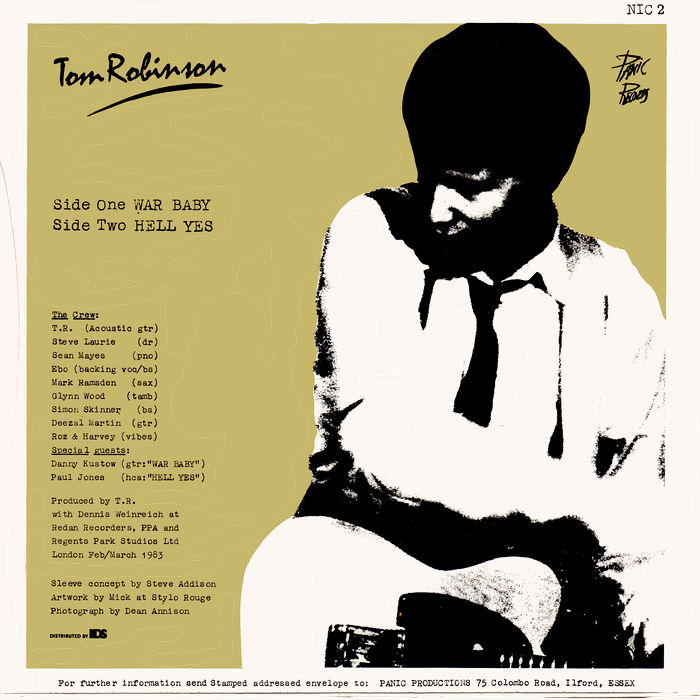 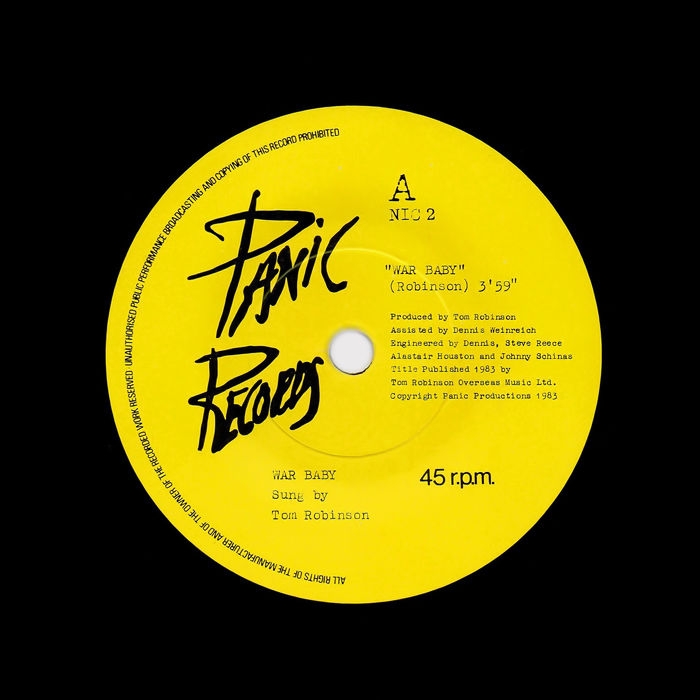 Tom Robinson's musical zenith was the product of a personal low. In early 1982, his group had folded and, heavily in debt, he left the UK for West Germany, where the reality of the Cold War was as sharp as the razor wire dividing the East from the West. He crashed on the floor of a friend's house in Hamburg, staying until he could sort out his life and finances. Escaping his troubles, he would get stoned and visit a gay sauna. Returning home after one of these carefree nights, he emptied his feelings across eight handwritten pages, which he later distilled to create the lyrics of War Baby.

Essentially the song is about the emotional anxieties of an unrequited love set against a backdrop of global tension and the threat of nuclear destruction, a theme revealed most clearly by the final chorus: "War Baby - this means War Baby - I'm scared, so scared Whatever it is you keep putting me through You were a War Baby Talking 'bout the Third World War, baby". However, the song runs deeper, touching on themes of vulnerability, mistrust and fear, which again were reflected in the prevailing times as well as on a personal level.

Some of the lines and couplets are entrancing. The great opening "Only the very young and the very beautiful can be so aloof" suggests rejection, although the protagonist remains obsessed, as told by the second verse: "I see your shadow in the swimming pool I see your face in the shaving mirror". The striking lines "Smooth skin and tenderness long ago on a dark night Wish I could see you once again just to remember it was true" hint at a passionate but ephemeral affair, a love that is no longer reciprocated.

Like other great lyrics, it was a stream of consciousness rather than a narrative, a poem rather than prose. The words provide mood and impression. "It came from a very, very deep place within me," Robinson explained later. "I think it's the most truthful song that I've written because I didn't think about it at all… The great artists are able to connect with a very deep part of themselves spontaneously, and I think that's the closest I ever came to doing it."

Like the lyrics, the promotional video was a montage. The primary images were the rubble of war, musicians handling guns rather than instruments, and a surprising cameo by an avuncular but simple-looking Winston Churchill. It reflected the mood of the song with visual references to "Hotel Apocalypse" and the "World's Worst World War". Another theme is a young woman in love with a young man who has fallen for Robinson who returns to the woman with her "mother-sucking baby, so demanding and helpless."

Of course, a song is much more than lyrics; the music should express a feeling or idea as eloquently as the words. This is true of War Baby, which has an undeniable swagger and swing. Mark Ramsden's beguiling saxophone riff in the chorus crowns a simple but compelling acoustic guitar and drum arrangement, allowing Robinson's powerful vocal performance to take centre stage. You can imagine the song being performed at a smoke-filled cabaret or jazz club as well as on Top of The Pops. At a time when synth pop was at its height, War Baby stood out as delightfully different, demanding attention. With its timeless sound and evocative lyrics, it could have been a hit in virtually any pop era; the essence of a genuinely great track.

We hereby instate War Baby by Tom Robinson on The Wall as No.4 Best Single of 1983

A personal low inspired this emotional song about both war and love that effortlessly trascends time and place.Dave B

*Written by: Tom Robinson. Taken from the album "Hope and Glory" 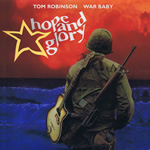