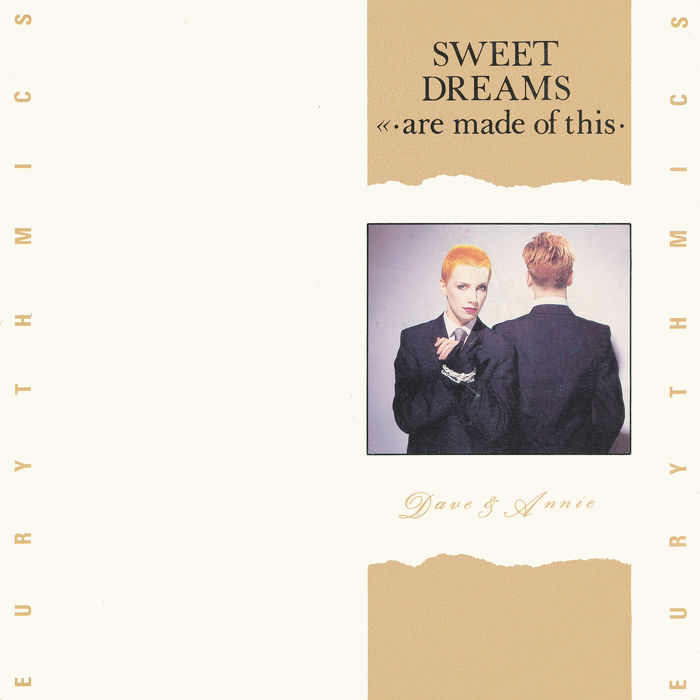 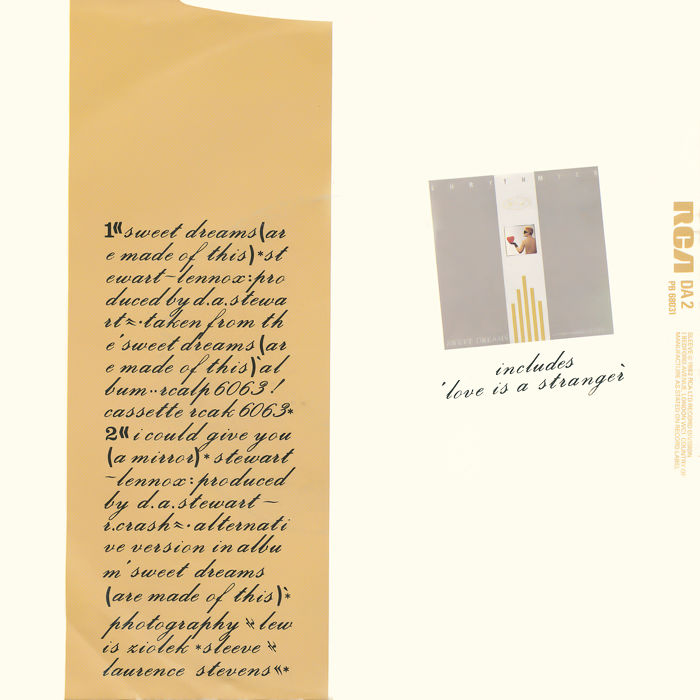 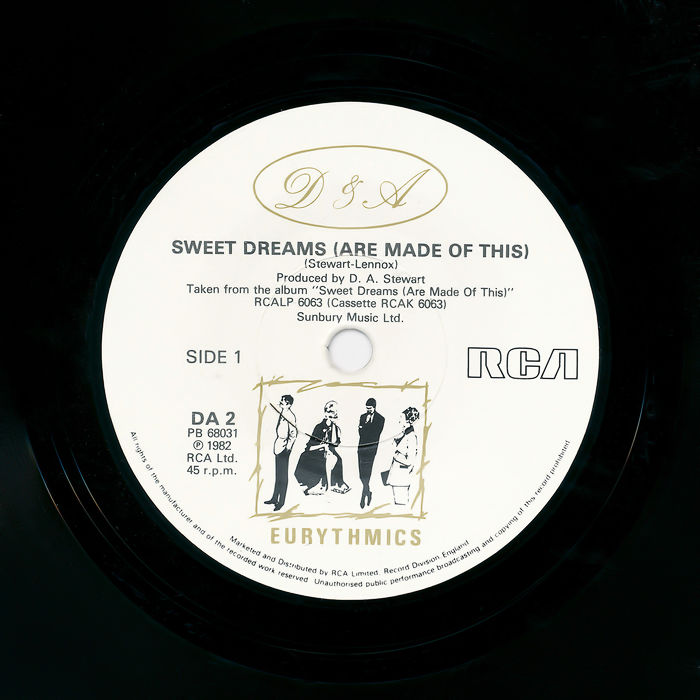 Sweet Dreams (Are Made Of This)

If the period 1979 to 1981 represents the rise of electronic music, the following three years saw the genre reach its zenith with an abundance of well-crafted and original songs, combining rich synth sounds, great production and memorable lyrics. There is no better exemplar than Sweet Dreams.

This darkly ironic track arose when the duo found themselves at a low ebb. In late 1980, their group, The Tourists, had imploded and a personal relationship between Dave Stewart and Annie Lennox also ended. The split was amicable, however, and the couple continued to work together, concentrating on "weird and experimental" electronic music as The Eurythmics. In 1982, after "miraculously" receiving a £5k bank loan (nearly £20k today), Stewart was able to purchase decent synths and recording equipment.

Yet recognition, let alone success, remained elusive; one gig was attended by just four people. Stewart was having difficulty making the expensive equipment work. Annie was depressed: despite two Top 10 hits with The Tourists, six years of work had led to nothing but debts and dingy bedsits. When Stewart managed to get a drum beat and played the distinctive synth riff, her gloomy stupor was suddenly shaken. She started play the other keyboard and, pouring out her despondency, started singing: "Sweet dreams are made of this. Who am I to disagree?" She later explained: "This is basically me saying: 'Look at the state of us. How can it get worse?' I was feeling very vulnerable. The song was an expression of how I felt: hopeless and nihilistic."

The next lines "I travel the world and the seven seas Everybody's looking for something" reflected her disappointment on not finding what she was searching for. Stewart suggested a more positive middle section, which added rising chords and the words "Hold your head up, moving on. Keep your head up, moving on." This provides a lyrical counter, encouraging a "chin-up" perseverance. Indeed, when The Eurythmics performed the song live, rather than the musical fade out of the single, they ended the song abruptly on this line, providing a more optimistic feel to the song.

The track does not have a traditional structure because the entire hook-filled song acts like a chorus, something the record company disliked. When the Sweet Dreams album was released in January 1983, a radio DJ frequently played the eponymous track, eliciting a strong listener reaction, which convinced the label to cut it as 7" disc.

It was a huge breakthrough hit for The Eurythmics, helped by a startling video in which Lennox has cropped orange hair and wears a black suit and gloves. Set in a record company boardroom with framed gold discs on the wall, images of the Apollo programme appear on a TV screen while Dave Stewart taps away on a computer keyboard. "We wanted our visual statements to be strong and powerful," Lennox explained, "because we knew they'd be there forever. I wore a suit in the video with my cropped hair. I was trying to be the opposite of the cliche of the female singer. I wanted to be as strong as a man, equal to Dave, and perceived that way."

The most remarkable feature of the video is the surreal appearance of a cow in the boardroom and subsequently The Eurythmics in a cow field. "The video is a statement about the different forms of existence. Here are humans, with our dreams of industry and achievement and success. And here is a cow." And one wonders whether there is a hint that the cow is a better form of existence than some record company executives they had encountered. The video ends with Annie lying in bed. On the bedside table there is a paperback titled Sweet Dreams with the same cover as the single. She reaches over and turns off the lamp, playing on the cliche that it was all just a dream.

The mesmerising video was highly played by MTV, helping Sweet Dreams become a No. 1 hit in the US and No. 2 in the UK, transforming the fortunes of The Eurythmics, who would rack up total sales of 75 million worldwide. A level of success that probably exceeded their sweetest dreams back in 1982.

We hereby instate Sweet Dreams (Are Made Of This) by Eurythmics on The Wall as No.5 Best Single of 1983

The huge popularity of this synth pop classic was ironic given the negative response it first received from the music industry.Dave B

*Written by: Annie Lennox, David A. Stewart. Taken from the album "Sweet Dreams (Are Made of This)" 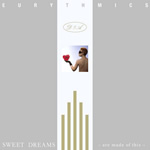