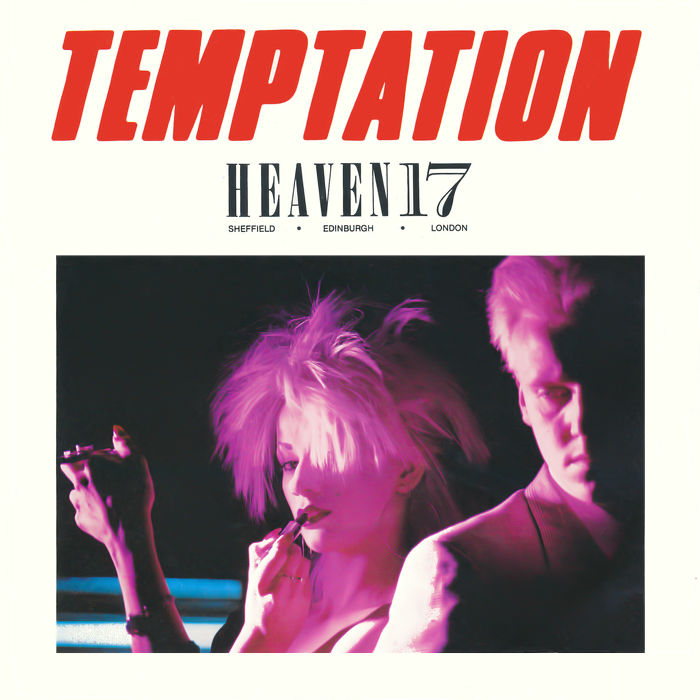 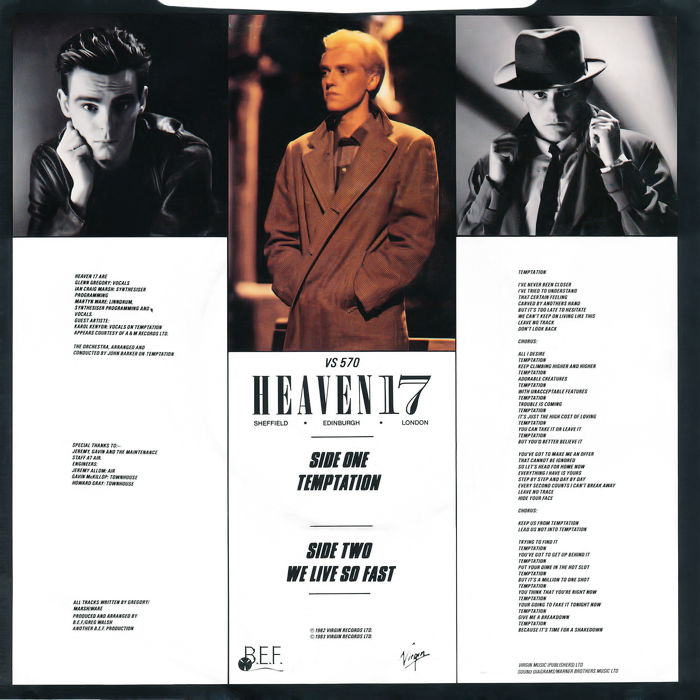 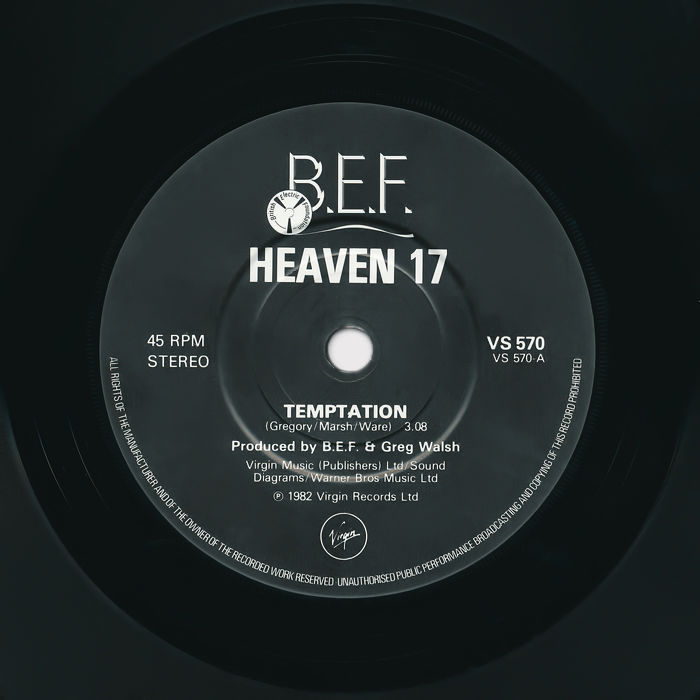 It began at the South Yorkshire Embassy in London. The ironic name referred to a dingy and cramped basement flat in Ladbroke Grove, where Sheffield-based Heaven 17 were living at the time. Some day in 1982, keyboard player Martyn Ware walked into the flat and announced that he had a great idea for a song based on the Lord's Prayer. Both his colleagues howled with laughter, yet it would become the group's biggest hit and one of the greatest synthpop anthems of the 1980s.

"He already knew it was going to be called Temptation," vocalist Glenn Gregory recalls, "and the line 'Lead us not into temptation' was in there from the start. But the rest of lyrics, as always with Heaven 17, resulted from us sitting there debating every line." The song was essentially a sexually-charged duet. "We wanted to contrast my futuristic, humanoid-sounding vocal with a more emotional female one." Several vocalists were auditioned for the female part, but the group were taken aback by session singer Carol Kenyon. "Stratospheric is the only word for her style," Gregory remarks. Indeed. That is the only word for the sexually-charged finale when Kenyon sings "Get up behind it Put your dime in the hot slot But it's a million-to-one shot".

Kenyon had performed with Dexy's Midnight Runners and would go on to work with Ultravox, The Pet Shop Boys, Simple Minds and Pink Floyd among many others, but Temptation remains her biggest and highest profile hit. Although there is a caveat. "Unfortunately, there was a bit of a disagreement over appearance money," Gregory explains, "so when it came to making the video we had to replace her with another girl, who happened to be a Page Three model and couldn't sing a note. Everyone thought it was Carol, but it's not."

Instead, the moody video stars lookalike Gilly de Terville, the first black topless model for The Sun and Octopussy actress who would later become a hostess on ITV's The Price Is Right. However, Kenyon did turn up with Heaven 17 on Top Of The Pops, giving a memorable, show-stealing performance.

The track combines synthesisers and a full orchestra. "I've always been fascinated by the mixture of real instruments and electronica," Martin Ware later explained to The Guardian. "It sounds commonplace and banal now, but in the early 80s this was new. Temptation was our fullest expression of this, even though it started as a very simple idea on an organ, using escalating chords to create a feeling of rising sexual tension."

The group were well supported by their record company, Virgin. "When I rang them up and said, 'Can we have a 60-piece orchestra?' they just said, 'Yeah, go on then.' It wasn't even questioned. There was more optimism then about the money records could make. You couldn't imagine that happening now." John Wesley Barker did the orchestration, providing expansive, movie-like strings. By contrast, the rhythm was drum-machine Motown. Indeed, mix in the powerful vocals and the result was Northern Soul on synth steroids.

A near-perfect example of power synth pop, the track still buzzes today. "It still works great live", Ware adds. "Things always kick off when Temptation comes on. We could go to an old people's home and have them out of their chairs."

We guess that that would be some journey for a song that, back in the day, had the young lustfully gyrating on the dance floor! Temptation peaked at No. 2 in April 1983, held off the top spot by Spandau Ballet's True. Although the latter is one of the most recognisable and played hits of the 1980s, the group to be placed in our pop ark for 1983 is Heaven 17 - with more than a little help from Carol Kenyon.

We hereby instate Temptation by Heaven 17 on The Wall as No.6 Best Single of 1983

A duet about lust, with Glenn Gregory and Carol Kenyon building up the sexual intensity to beyond boiling point in this Heaven 17 masterpiece.Dave B 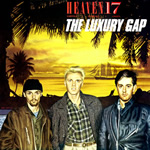