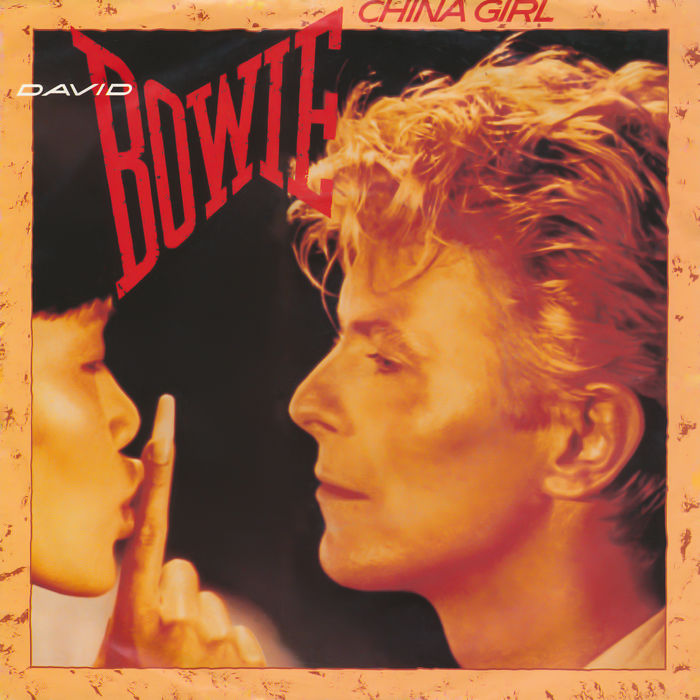 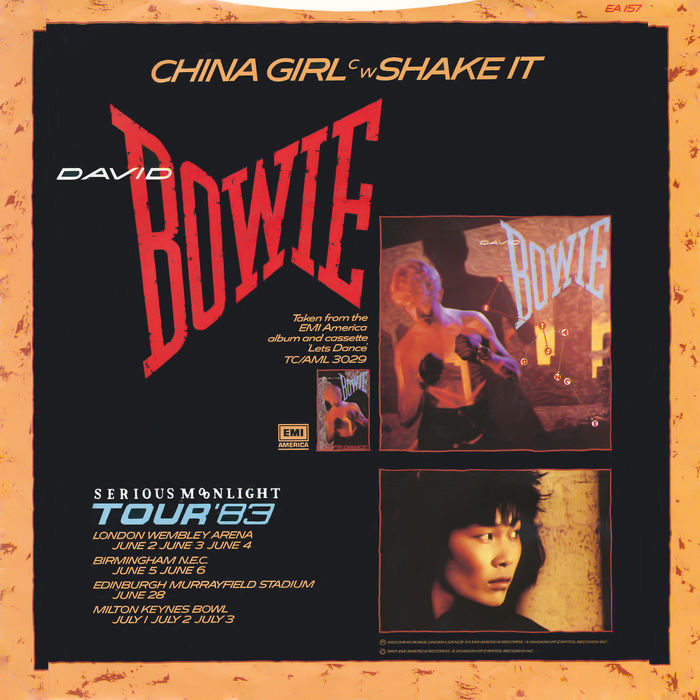 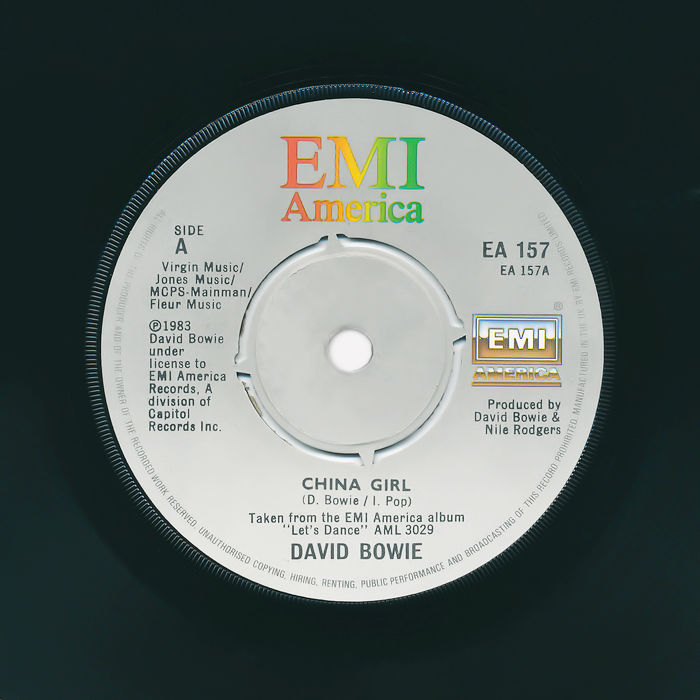 The best single from David Bowie's most commercially successful album was written in the 1970s, became a global hit in the 1980s and was criticised in the 1990s. The promotional video was censored by the BBC, won an MTV award for best video, was denounced for racial stereotyping and then excused by the media. Some backstory. Let's start at the beginning.

The song was written in the summer of 1976 by Iggy Pop (lyrics) and Bowie (music). The words were almost spontaneous, created during the recording session, and were inspired by Pop's infatuation with a Vietnamese woman, although her nationality was changed for the lyrics. The love song has a strong undercurrent of cultural delineation: the attraction is seemingly based on race and the perception of his paramour as something different and exotic. More on this shortly.

Nile Rodgers, producer of the Let's Dance album, was unsure about the original version of China Girl on Iggy Pop's The Idiot (1977). It needed a hook, and he created the memorable oriental-sounding riff at the beginning. Worried that Bowie would reject it as a too literal interpretation or, worse, a racist parody, he arranged the entire song for the session musicians. When Bowie arrived at the studio, Rodgers played it. His anxiety was unfounded: Bowie loved the entire arrangement and the song was recorded in a single take.

The video, directed by David Mallet and featuring 23-year-old Geeling Ng, was shot in Sydney, Australia. It is most famous for its "From Here To Eternity" ending in which Bowie and Ng nakedly romp on a beach. An edited version aired on the BBC, cutting out the much of the short scene in the surf. Despite the use of stereotypes, Bowie claimed the video was a direct statement against racism and promoted cultural integration.

An article in The Washington Post (2016) emphatically declared that China Girl was racist but acceptable because it was parody of racist stereotyping. The lyrics are not a parody, however, nor are they racist. In fact, the song is a self-aware critique of how some Western men perceive oriental women and, more generally, how the West has looked down on Eastern culture. Take the verse: "I stumble into town Just like a sacred cow Visions of swastikas in my head Plans for everyone It's in the white of my eyes". Note the phrases "like a sacred cow" and "in the white of my eyes". The verse refers to the way he and Westerners disdainfully perceive and appropriate other cultures. Indeed, he fears that his own lifestyle will subjugate his lover's, echoing Oscar Wilde's dictum: a man kills the thing he loves. This is made explicit: "My little China girl You shouldn't mess with me I'll ruin everything you are."

This theme continues in the next lines. "You know I'll give you television I'll give you eyes of blue I'll give you a man who wants to rule the world". On a personal level, he fears for the woman if she becomes involved with him and his lifestyle, but it is also a more general metaphor. Television symbolises the culture of blue-eyed (i.e. white) businessmen attempting to control a postcolonial world. No wonder Bowie described the lyric as exceptional.

Writing in 1993, academic Ellie Hisama also rejected the idea that China Girl was ironic but criticised Bowie's work for homogenising Asian women and presenting them as exotic, fetishised objects, reducing them to merely a sex and a race. We interpret the lyric as being more nuanced: Pop fears Western men will perceive his "China girl" as something to be collected, like exotic porcelain, and even his own attraction may be founded on such sexism and racism. Ironically, the video might obscure this message, especially to a modern audience. However the song and its video are interpreted, the issues they raise are still important and should be discussed.

We hereby instate China Girl by David Bowie on The Wall as No.7 Best Single of 1983

I remember that a lot of talk in playground was unsurprisingly about the video and that scene. Undoubtedly, it was included to generate word of mouth.Ant B 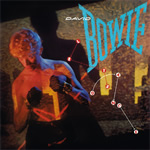