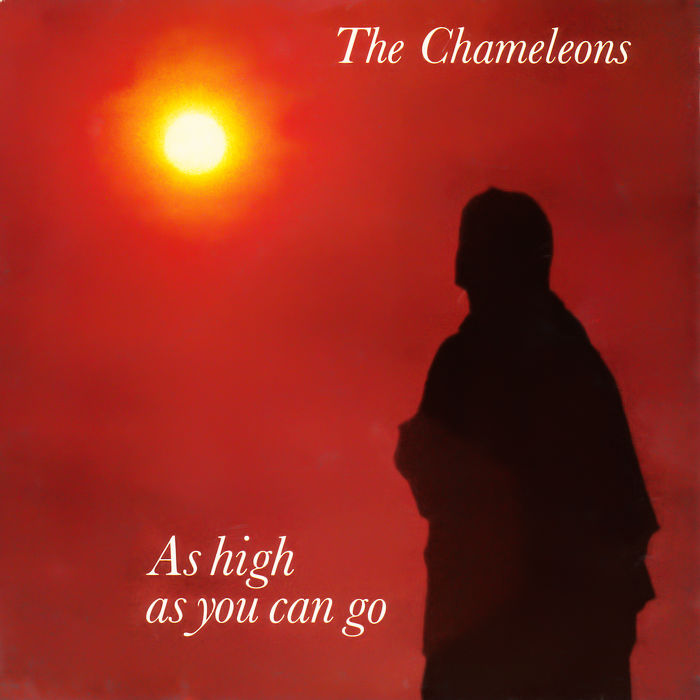 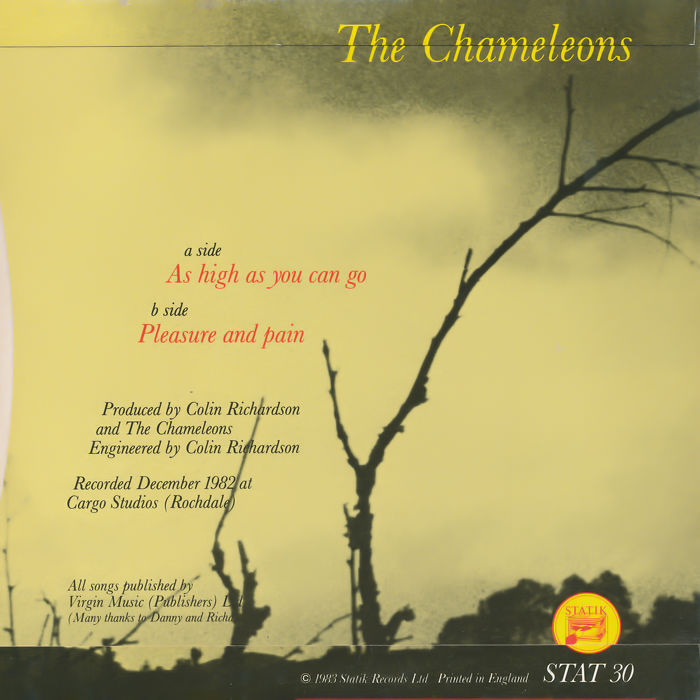 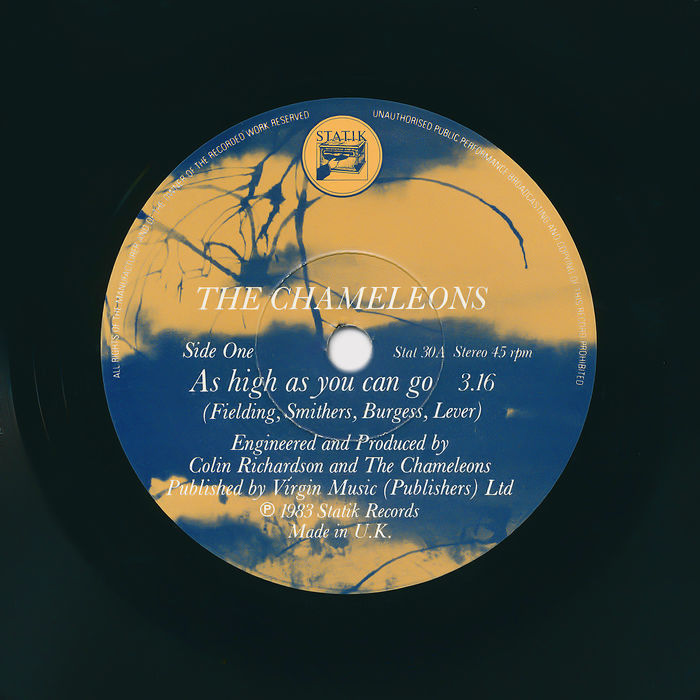 As High As You Can Go

To appreciate As High As You Can Go we need to briefly explore the history of The Chameleons, the 1980s post-punk group that even today have a small but passionate fan base - something the mainstream media like to describe as "a cult following".

The Chameleons formed in 1981, originally as a drummer-less trio of Mark Burgess (bass guitar and vocals), Reg Smithies and Dave Fielding (both guitar). A demo tape (without percussion) was mailed to influential radio DJ John Peel, who wrote back saying that the sound was "muffled" and encouraged them to record another. When the second demo was made, drummer John Lever had completed the quartet.

This time, after two of the group loitered outside Broadcasting House, the tape was personally given to Peel, who thought the recording was so accomplished that an established group were trying to inveigle their way onto his playlist. They were invited to play a session on his show, which quickly led to a record deal with CBS (on the Epic label). It is often repeated that a major record company sent an A&R man to Manchester to sign The Stone Roses but, after hearing The Chameleons, signed them instead. "It never happened – it's complete nonsense," Burgess moans. In fact, the Stone Roses weren't even formed at the time so this can be thrown in the bin labelled Impossible Myths.

What is correct, however, is that there were huge expectations for this exceptional group, which CBS viewed as "the next U2". The comparison is understandable, given their soaring, anthemic rock with substantive lyrics. "They obviously were keen for us to tick that particular box," Burgess said. "The record company saw us as an arena prospect. We never had ambitions in that direction. We were punks."

Yet the record company persisted, drafting in U2 producer Steve Lillywhite, to produce their first single, In Shreds (1982). Creative tension followed. "We were at odds with him," Burgess recalled. "We did our single really quickly. We went in with half an idea, recorded it in half a day and mixed it in 15 minutes. He was horrified."

The record company's mould for the group was irreconcilable with their punk outlook and the deal floundered. The Chameleons were picked up by Statik Records, a label of Virgin Records, who released As High As You Can Go in 1983. So, finally, we arrive at the single.

It is clear the lyrics sum up the group's feelings to the pyrrhic promises and packaged fame of the entertainment industry: "Single file boys Signposts to the sun". Yet the reality is very different, often exacting a high price: "High as you can go, Lennon to Monroe Clawed their way to the stars". Both John Lennon and Marilyn Monroe died young. "High as you can go, Grace Kelly to Garbo". Both Kelly and Greta Garbo eventually spurned Hollywood that took them to the very top.

The chorus reflects the group's experiences of the music business: "And I don't care who you are Oh, sign the line and away you fly". This is the record company ignoring the ethos of the group, only wanting their signatures at the bottom of a contract and promising blue-sky success.

The single was taken from their debut album Script Of The Bridge, which was substantially altered for the US market (four tracks were omitted), causing new tensions between group and label. In fact, the group now found themselves mired in a legal battle as they tried to extricate themselves from the contract. It took two years. Two albums followed in quick succession, the final one charting modestly in 1986. When their manager died a year later, the group split.

The irony is that for a group called The Chameleons - the very metaphor of opportunistic change - they were resolute in their convictions. And although their music is generically labelled as post-punk, their attitudes remained true to the revolutionary ideals of the anti-establishment, independent spirit of genuine punk that lit the fuse to the creative explosion in popular music during the late 70s and early 80s in the UK.

The Chameleons were never interested in being propelled by the corporate machine to fly as high as they could go, but insisted on travelling by themselves on a road that might lead somewhere worthwhile. And this single is surely testament to that.

We hereby instate As High As You Can Go by The Chameleons on The Wall as No.16 Best Single of 1983

An autobiographical song about not comprising your integrity to achieve your dreams. And this hugely underrated group never did.Dave B

*Written by: Fielding, Smithers, Burgess, Lever. Taken from the album "Script of the Bridge " 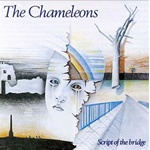