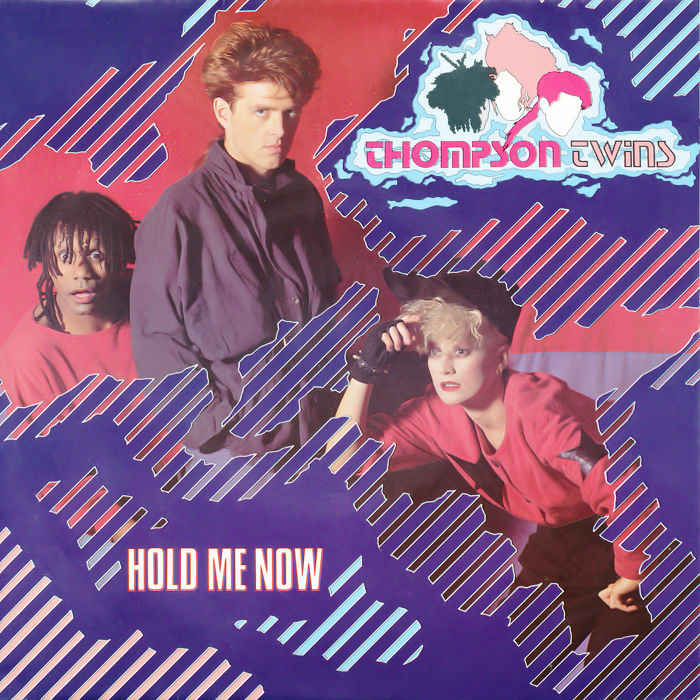 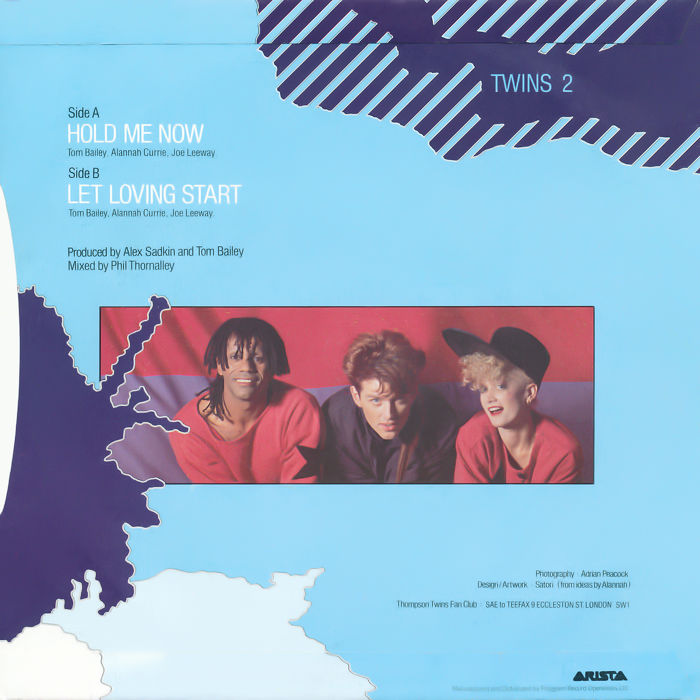 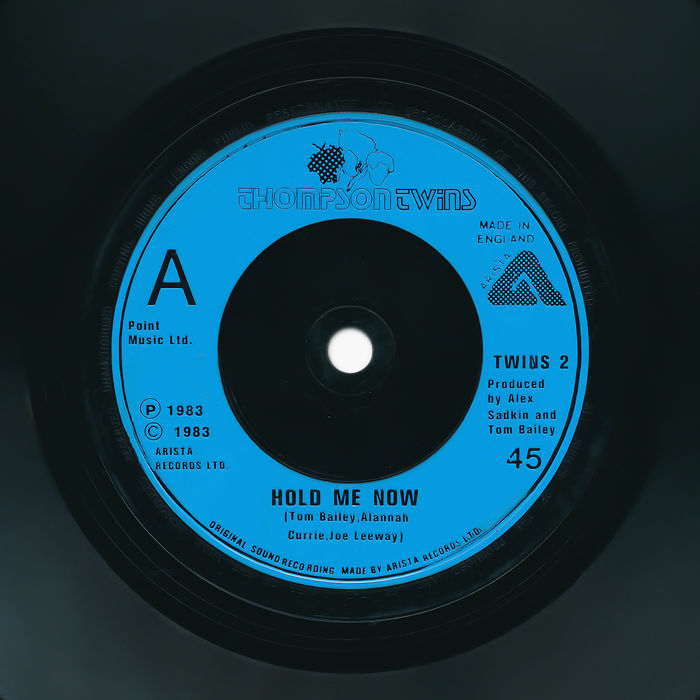 Created in 1929 by the Belgian cartoonist Hergé, The Adventures of Tintin is one of the most popular comic series of the 20th century. Tintin is a young reporter, aided in his adventures by his faithful terrier Snowy and a small cast of regular characters. To be precise, Captain Haddock, Professor Calculus and the disaster-prone detectives the Thompson Twins (actually named Thomson and Thompson).

"They bumble their way through everything but somehow they arrive accidentally at the right answer," lead singer Tom Bailey explained in an interview with Decades TV. So when Bailey formed a group in 1977, inspired by the anyone-can-have-go attitude of punk, it seemed an apt name. Originally from Yorkshire, the group headed to London, where Allanah Currie and Joe Leeway eventually joined the outfit, which swelled to seven members.

They signed to Arista Records in 1981 but an album and four singles failed to chart. In early 1982, they released a second album, Set, from which the single In the Name of Love was released. Although it also flopped in the UK, it became a US dance hit. Its success prompted Bailey, Currie and Leeway to consider pursuing a different musical direction as a new group called The Bermuda Triangle. However, they were persuaded to downsize the Thompson Twins to a trio instead. "When we reformed the band, we were making a statement," Bailey remarked later. "We weren't going to be a rock 'n' roll band, we weren't going to have a guitar... technology is what's important, and that's what our music tries to reflect."

This style was intrinsic to the trio's third album, Quick Step And Side Kick, which spawned two Top 10 singles - Love On Your Side and We Are Detective in 1983. As the year drew to a close, they started work on their next album (Into The Gap) and released Hold Me Now as a preview single. A global hit, it reached the Top 5 in virtually ever major record market. And justifiably so. It is a gorgeous example of emotionally-laden synth pop, its medium tempo placing it in a musical sweet spot between a ballad and a dance track. In fact, you could describe it as a reduced-tempo dance track.

Musically, this is possible because of the repetitive nature of the song. Composed in an uplifting key (D Major), the bass line and the chord sequence are the same in the chorus as in the verses. The chorus is differentiated only by additional layers of instrumentation. Bailey explained: "You could play the same four chord trick around the verse and the chorus continuously... It's very repetitive. Although it's a medium tempo emotional song, because of its repetition and its groove, it has one foot in the dance department, as well."

The song was written using a drum machine, but performed using real percussion instruments, with guitar and piano also prominent in the arrangement. "It's such an emotional song, we wanted to have that warmth you often can't get from synthesizers," Alannah Currie explained, which represented a departure from the trio's original direction.

When they recorded the track Bailey knew "it was an emotional heavyweight", not least because it projected real feelings. At the time, he and Curry were an item and the genesis of the song was their heartfelt reconciliation after a heated argument. The first verse poetically tells the story: "I have a picture Pinned to my wall An image of you and of me and we're laughing we're loving it all But look at our life now All tattered and torn We fuss and we fight and delight in the tears that we cry until dawn".

The last verse will be familiar to anyone who has been in a long-term relationship and faced a similar situation: "You ask if I love you Well what could I say? You know that I do and that this is just one of those games that we play So I'll sing you a new song Please don't cry anymore I'll even ask your forgiveness Though I don't know just what I'm asking it for." One can only imagine Bailey's feelings as he sang Currie's bittersweet lyrics, which beautifully balanced the uplifting and expansive music. No wonder he thought, "Wow! We're onto something big here."

His instincts proved correct: Hold Me Now was a commercial triumph for the Thompson Twins, helping Into The Gap shift five million copies worldwide. Mind you, they still have to go some way if they are to match their namesakes; The Adventures of Tintin series has sold an astonishing 230 million copies.

We hereby instate Hold Me Now by Thompson Twins on The Wall as No.19 Best Single of 1983

It's the pulsating bass line and yeaning melody of Hold Me Now that make this synth pop gem my favourite Thomson Twin's song.Dave B

*Written by: Tom Bailey, Alannah Currie, Joe Leeway. Taken from the album "Into the Gap" 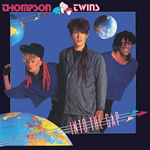