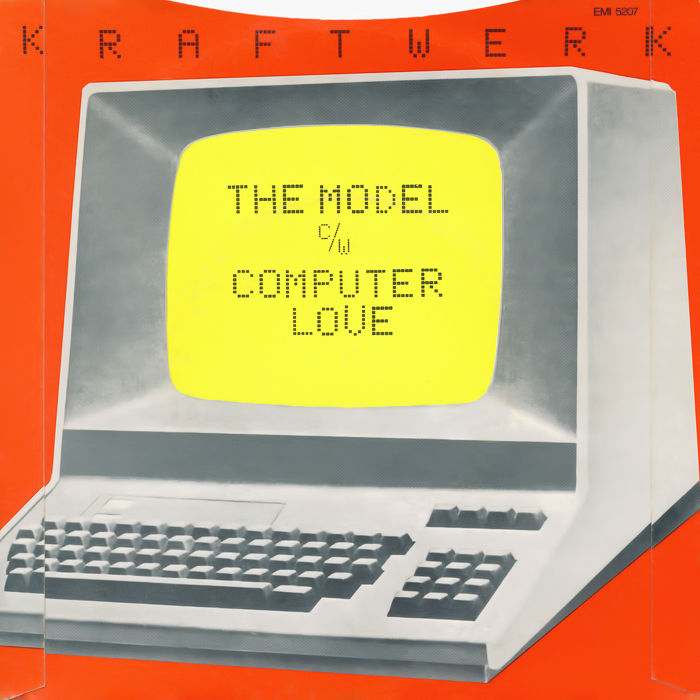 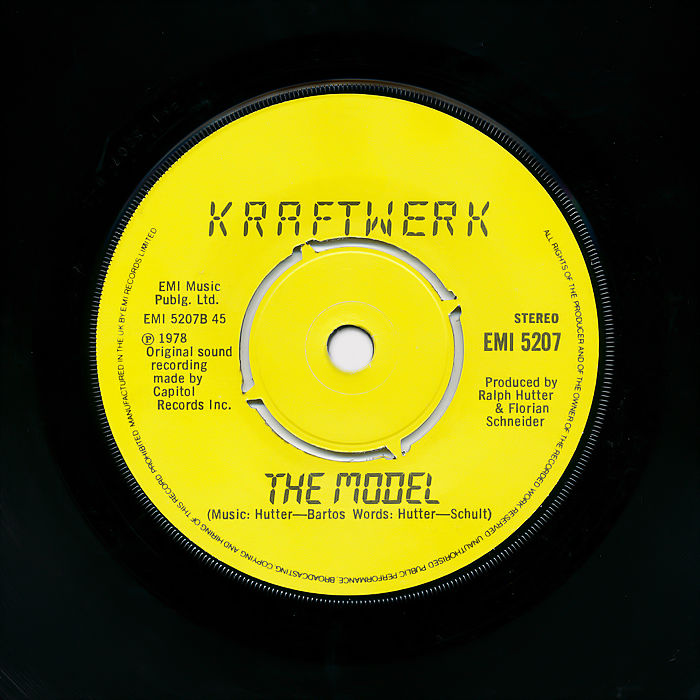 It came from the east and from a different time. In the midst of the long-haired rock and flared disco of Britain in the mid-70s, the sound of Kraftwerk had seemingly travelled through time to interfere with the radio airwaves.

In February 1975, the German group's album Autobahn created an electronic soundscape that was light years ahead of its time. Three years later, the fuse-blowing synth Die Mensch Maschine (The Man Machine) was the big bang of electronica, defining a new spacetime for pop music. It painted aural pictures about technology and urban landscapes with songs titled with Die Roboter (The Robots), Space Lab, Metropolis and Neonlicht (Neon Lights).

Another track on the avant-garde album was Das Model (The Model). It was different to the others: it was far shorter in length and concerned itself directly about people. More specificly, it was inspired by high-class models working in Cologne nightclubs. The lyrics proved controversial because of their perceived objectification of women: "She's a model and she's looking good... She is looking good, for beauty we will pay." Yet others insist it is a critique of a male-dominated consumerism. Indeed, its clipped lyrics, minimalist arrangement and melody repeated as a riff beneath the vocals gives the song a jingle quality. And like a jingle, it is difficult to get out of your head once you've heard it.

The Model was released on a single in the UK in September 1978, the 12" version pressed on luminous vinyl, but only as a B-side to the nine minute epic Neon Lights. In a country enthralled by the kitsch-disco of Grease, it received less attention from single buyers than a six-year old playing a stylophone. Skip another three years to 1981: Kraftwerk released their next album Computer World. Computer Love, its second single release, made the Top 40 at the end of July, their biggest UK hit since Autobahn. Once again, The Model played supporting act as the B-side.

But then something different happened. In clubs the B-side was preferred to Computer Love and during the following months it received airtime in its own right, prompting the disc to be flipped in December. However, the picture sleeve reflected the original A-side: a monochrome image of a computer terminal. Some minor changes were made: the background colour changed from yellow to red and the computer had a yellow screen displaying the words "The Model" instead of a blank green one. The imagery only served to underscore its digital sound.

As an A-side, The Model was the official No. 1 for one week in February 1982 but topped the NME chart for three. Amazingly, despite being four years old, it sounded as fresh and innovative as the first wave of electronic groups which were shaping the singles chart at this time - groups such as Depeche Mode, OMD, Soft Cell and the Human League. By 1982, Kraftwerk were no longer light years ahead of their rivals but had gracefully descended to be merely at the vanguard of pop, as others had raced to emulate their futuristic sound.

Kraftwerk were genuine innovators, and probably did more to advance musical technology than any single group: they used custom made digital devices and instruments, invented the electronic drum kit and incorporated industrial sounds into their music. Kraftwerk's legacy is now widely appreciated. Indeed, when examining the breadth of music during The Golden Years of The British Single (1977 - 1985), it is possible to reduce the major influences to just five acts: Chuck Berry from the 1950s; The Beatles and The Kinks from the 1960s; and Bob Marley and Kraftwerk from the 1970s.

And when The Model reached No. 1 on the UK singles chart the British public had finally caught up with their future.

We hereby instate The Model by Kraftwerk on The Wall as No.2 Best Single of 1982

A beguiling piece of synth pop that symbolises the electronica movement of the early 1980s better than any other. There is something hypnotic about the melody and lyrics that you never tire of hearing. Even the cover captures a bygone era of the personal computer.Ant B 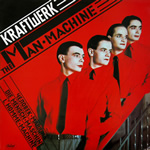