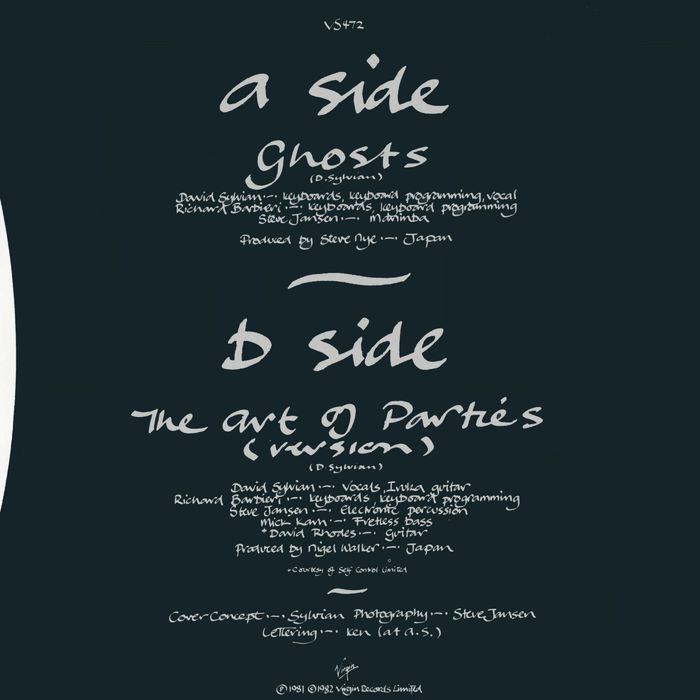 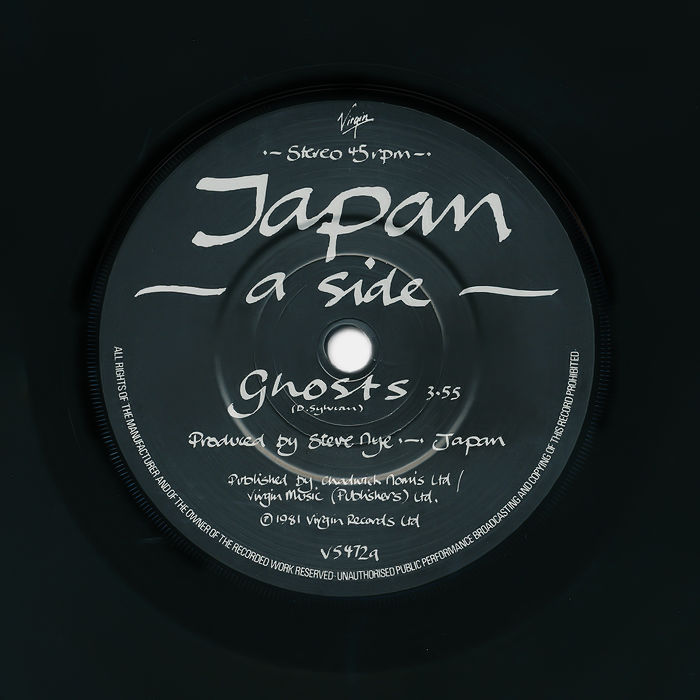 You find yourself alone in a darkened room. The only sound is the drumming of rain on the window. Lost in your own thoughts, you are haunted by ghosts of anxiety and doubt that linger like mist on the mirror of the past. Or in the lyrics of Ghosts: "Well I ought to leave but the rain it never stops And I've no particular place to go Just when I think I'm winning When I've broken every door The ghosts of my life blow wilder than before."

"There's a lot of me in there," lead singer David Sylvian later remarked. "It was the only time I let something of a personal nature come through." Previously, he had avoided autobiographical songs: "I very rarely write in a detailed way about the state of my own mind… I do use my own experiences as base material, but try to transform them into some kind of archetypal experience that's also significant to other people… I prefer that they're relating to my work because it touches something in themselves."

Sylvian's melancholic lyrics are accompanied by startling and innovative music, which was inspired by Stockhausen, a 1950s pioneer of electronic music, who influenced Kraftwerk, Pink Floyd and Jefferson Airplane. Without drums, bass and catchy hooks, Ghosts is a collage of synth textures, providing a haunting, ethereal atmosphere. Keyboard player Richard Barbieri recalled: "We took such care over each individual sound that we got quite paranoid about all sounds being new and different… you hear all these metal-like sounds that hardly have a pitch, yet subconsciously suggest a melody."

Far removed from the typical chart fare, Record Mirror described it as "the most stunningly original single you've heard for a long time". Ghosts reached the Top 5 in the UK in early 1982 and seemed to be a launch pad for the big time. Japan were already huge in – well – Japan, where they were approaching superstar status and Sylvian was feted as "the most beautiful man in pop". But the success and adulation disturbed him, as he later explained to Mojo: "I had begun achieving the goal, the band was becoming successful, but I was finding myself no happier than when I had started… I didn't like being held in. I didn't like being documented. I didn't like people walking in my footsteps. I found the experience of the modicum of fame I had underwhelming. It wasn't what I wanted, and that was a revelation."

This sentiment is captured by the prophetic lyric: "Just when I thought I could not be stopped When my chance came to be king The ghosts of my life blew wilder than the wind." The group disbanded within months, Sylvian starting a solo career to allow him to move creatively in any direction without compromise. If he wanted to eschew fame and success, it worked; his solo career only notched a collection of minor UK singles.

Ghosts is arguably the standout track from Japan's final studio album, Tin Drum, a title borrowed from the novel by Gunter Grass. The book attempts to capture the "dazed, eerie strangeness" of modernity through the eyes of someone who committed himself to the insane asylum, the obsessive beater of the titular instrument. Perhaps there is no better description of Ghosts than a dazed, eerie strangeness as expressed through a symbol of modernity – the synthesiser.

We hereby instate Ghosts by Japan on The Wall as No.5 Best Single of 1982

Bereft of percussion, guitars and bass, Japan continued to push the boundaries of electronic music with the stark, mesmerising Ghosts. Dave B

*Written by: David Sylvian. Taken from the album "Tin Drum" 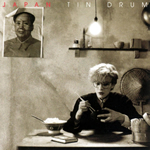