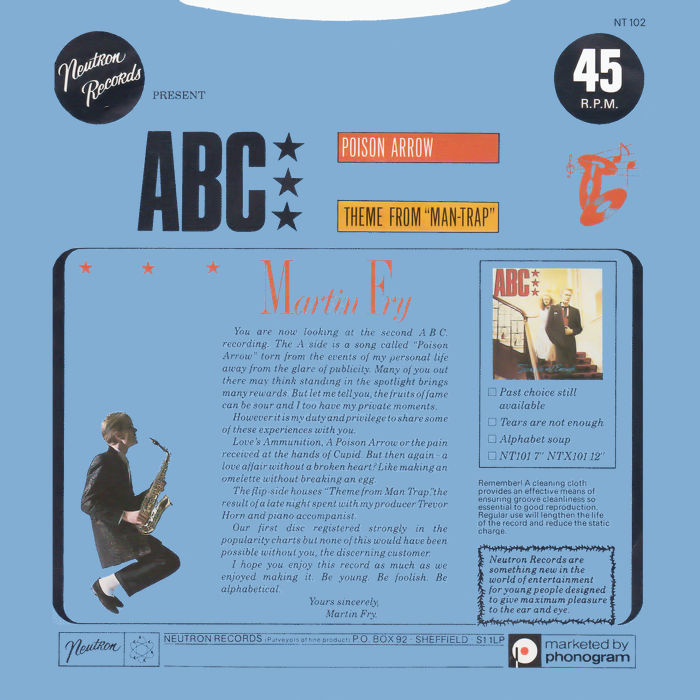 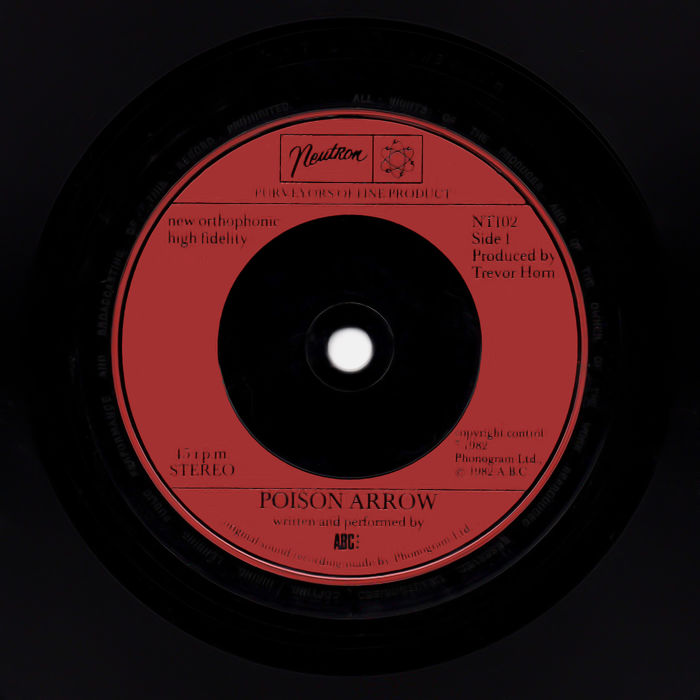 "I've found a band who're perfect for you," producer Trevor Horn was told by his wife in late 1981. "They're intelligent, the songwriting's really good, but they need something more." The Sheffield-based group had already met over a dozen producers looking for that "something more". When they were introduced to Horn, who had already achieved notable success producing pop duo Dollar, they told him with breath-taking swagger: "If you get to produce us you'll be the most fashionable producer in the world because we're the most fashionable band in the world."

After listening to ABC play Poison Arrow, Horn retorted with equal confidence: "Is this what you want or do you want it better?" "I want it as good as it can possibly be," lead singer Martin Fry replied.

"If you want it as good as it can possibly be, we'll have to start again." Although the group were reasonable musicians, they were clearly not yet at the standard Horn envisaged. The group's entire sound - every note, chord and drum hit - was deconstructed into individual samples and sequenced back together. The rhythm section was programmed into a drum machine, the bass into a sequencer and so on. The group then "traced" over the top - playing exactly in time. The sound was augmented by using a full orchestra and applying digital effects using a Fairlight CMI synthesiser.

Yet, producer Trevor Horn believed the song structure required some variation. "We routined the song in a rehearsal room," he recalled. "I remember going through it and I said it needed something like a middle eight." As it name suggests, this is a musical break that typically occurs halfway through a song and tends to be eight bars long. Fry came up with arguably one of the most memorable couplets from any song in the 1980s. "I thought you loved me, but it seems you don't care," he says. Then comes the devastating retort, actually spoken by the sound engineer's girlfriend: "I care enough to know I can never love you."

Horn was impressed. "Martin's lyrics were just the best," he remarked. "In that genre I've not really heard many people say something meaningful and interesting. Let's face it, dance lyrics were kind of 'love to love you baby' and 'boogie wonderland'. And you're talking about lines like 'a sunken ship with a rich cargo' on a dance record [from Show Me, the opening song on the album Lexicon Of Love]. It was absolutely unique and it caught a lot of people's imaginations."

Indeed it did. Poison Arrow charted around the world, making the Top 10 in the UK and slipping into the US Top 40. The single was helped by a colourful promotional video directed by Julien Temple, who also worked with David Bowie, Sex Pistols and Dexy's Midnight Runners, among many others. Fry was dressed in a gold jacket, and the bow-holding cupid who could never love him was played by the unforgettably-named actress Lisa Vanderpump, who would later star in the American reality TV franchise, The Real Housewives Of Beverly Hills.

"The gold lame suits and dinner jackets were us turning away from punk," Fry later explained. "There was an element of James Bond to it all, very aspirational and cosmopolitan." Turning away from safety pins and ripped jeans, the statement perfectly captured the glamour of the post-punk era. The glamour did not last long, however, as Fry attempted to flush his golden jacket down the toilet after the drummer left the group while on tour. The jacket refused to go and now is a cherished possession. After all, it symbolises the heyday of his career.

We hereby instate Poison Arrow by ABC on The Wall as No.7 Best Single of 1982

For some reason, the line "I care enough to know I can never love you" made a lasting impression on me as a teenager. In eight bars, the break probably encapsulates the whole essence of The Lexicon Of Love. Ant B