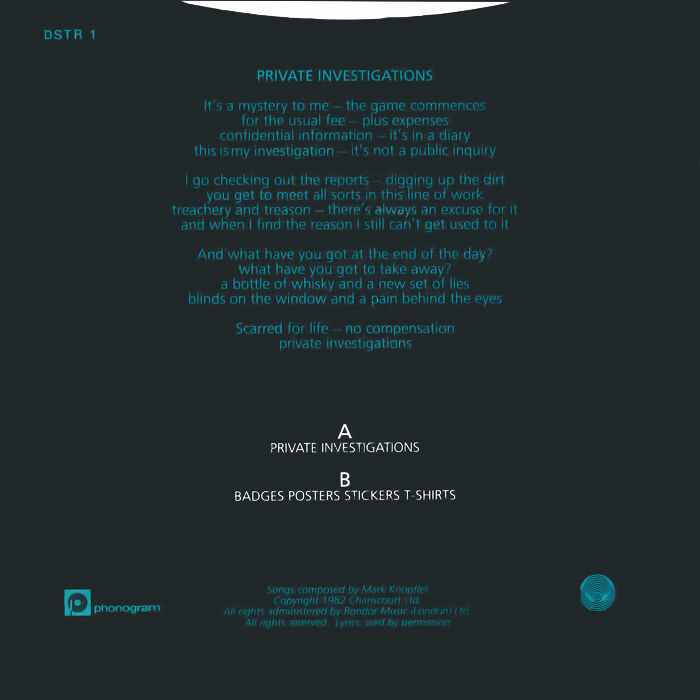 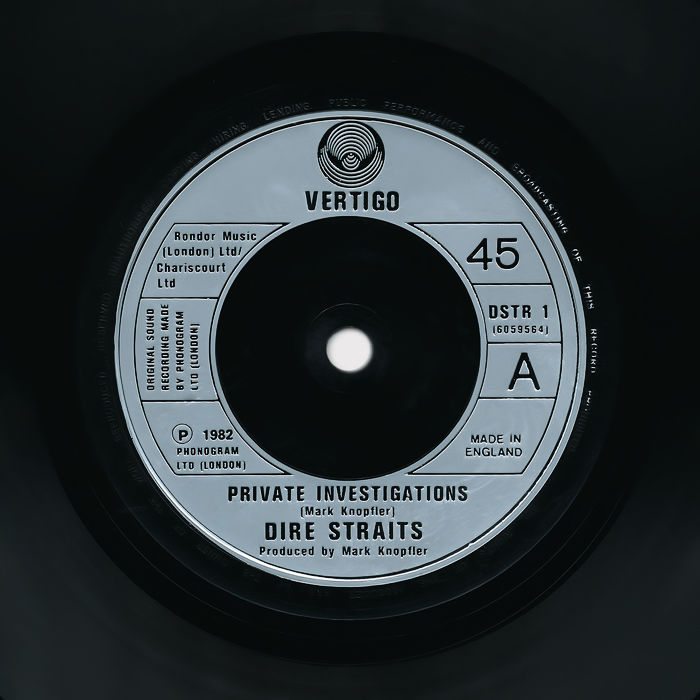 The place: a sleazy, rundown quarter in a sprawling American city. The time: the early morning hours. With the brim of his hat turned down, a solitary figure walks through the dark shadows to a dilapidated warehouse on the waterfront. He carries a package tucked under his arm, the results of his undercover surveillance. Whatever denouement is about to unfold, we know redemption is not possible for the detective or his client. For this is the film Noir template, the movie genre of disenchanted Hollywood in the 1940s and 50s that was based on gritty crime fiction by authors such as Raymond Chandler.

This was the inspiration for Private Investigations, the biggest hit single for Dire Straits, which topped the unofficial NME chart in the autumn of 1982. This is no ordinary pop song. The sublime intro of acoustic guitar and piano is reminiscent of classical music, the vocal a poem recital. The lyrics, beautiful in their economy of expression, concern the latest commission of a private investigator tasked with finding a confidential diary that will reveal the secrets of an affair: "Treachery and treason There's always an excuse for it". But the investigator, after "digging up the dirt", doesn't find satisfaction in his work: "And when I find the reason I still can't get used to it".

Lead singer and writer Mark Knopfler suggested the essence of the song was the lines: "What have you got at the end of the day? What have you got to take away?" The answer is "a bottle of whisky and a new set of lies". The hard-boiled detective is unmoved by the pain and hurt he uncovers. It's just a job "for the usual fee plus expenses" but he has lost compassion for others and his self-respect: "Scarred for life No compensation Private investigations".

The vocal ends after three minutes and a sumptuous instrumental follows, intially a pulsing bass underneath acoustic guitar before it explodes with lead guitar and powerful piano chords. Throughout, the music has space and time to draw you in. Listen closely - especially under headphones - and you are rewarded by some understated effects such as a wailing cat musically mimicked by a volume-pedal swell on a guitar. At 4' 50" in the left channel there is muffled glass shattering and seconds later a door latch opening; the sinister sounds of an intruder breaking and entering. The musical intensity picks up before a long fade on a rasping, low synth.

Like the music, the cover artwork is striking in its utilisation of space. Against a black backdrop, a column of bluish cigarette smoke twists upwards, the ubiquitous calling card of the cynical film Noir detective. Only the rastered 8-bit computer font of the title provides a connection to contemporaneous life.

The single was released from Dire Straits' fourth studio album, Love Over Gold. Another track that explored the price of love was Private Dancer, a brilliant composition which was not included in the final track listing after Knopfler decided it required a female vocal. It was recorded by Tina Turner, who complimented the song by making it the title of her hugely successful solo album in 1984. Another bumped song was The Way It Always Starts, which wound up on the soundtrack to the 1983 film Local Hero, sung by Gerry Rafferty.

Musically and lyrically, Private Investigations is high IQ pop. It will never fill a dance floor but suffuses an imaginative mind with rich imagery and thoughts that remain long after the protagonist has pulled down the blinds and knocked back the whisky.

We hereby instate Private Investigations by Dire Straits on The Wall as No.13 Best Single of 1982

One of Dire Strait's most atmospheric songs with spoken lyrics over a gentle, synthesized orchestration that allows Knopfler's classical, acoustic guitar work to take centre stage.Dave B

*Written by: Mark Knopfler. Taken from the album "Love Over Gold" 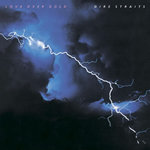