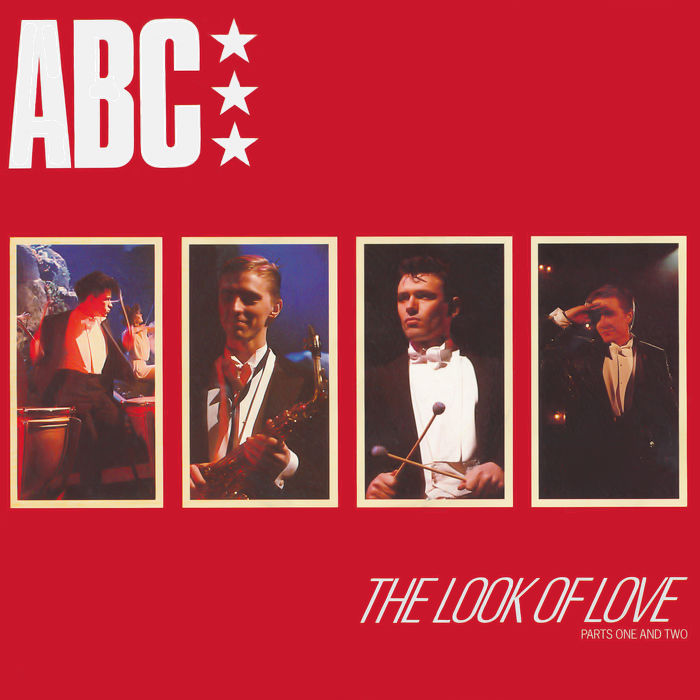 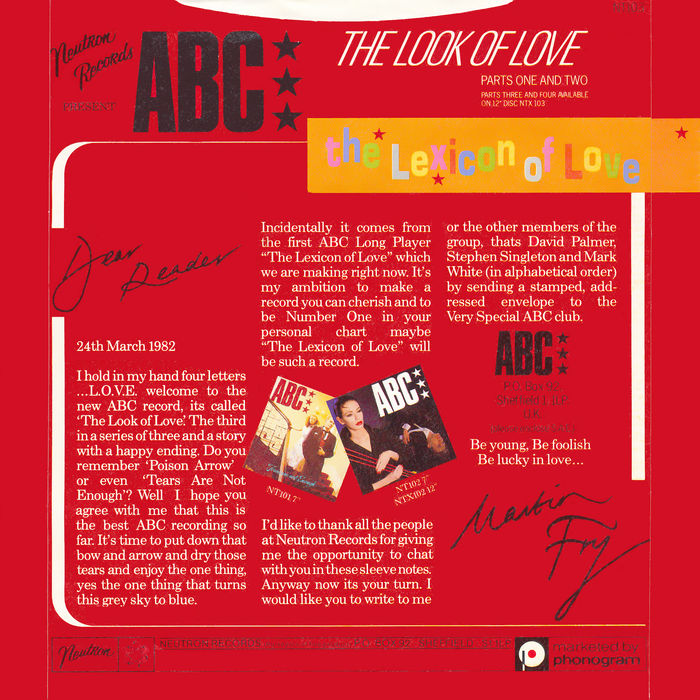 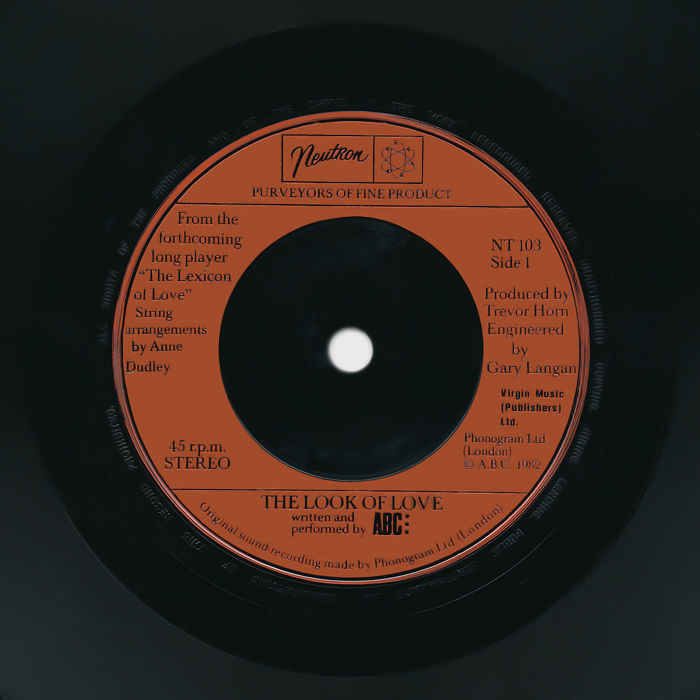 They began as Vice Versa, a hardcore electronica group formed in Sheffield by Steve Singleton and Mark White in the late 1970s. Inspired by the do-it -yourself attitude of punks, they set-up their own label: Neutron Records. During live performances the austere sound was accompanied by on-stage projections of futuristic imagery. Songs included Riot Squad and Stalyagi, a Russian word for Soviet countercultural beatniks of the 1950s and 1960s. Impressed by his eloquence and lyrical potential, Martin Fry was invited to join the group after he interviewed them for his fanzine.

By 1980, the group had become ABC and the musical metamorphosis was nothing but extraordinary. The transformation was sparked after seeing a Chic concert - Nile Rodgers and Bernard Edwards are arguably the most influential duo in pop history after Lennon and McCartney - and a more club-oriented approach was adopted. Songs like Tears Are Not Enough and The Look Of Love were the result of the new direction, which dovetailed with the emergence of the flamboyant New Romantics.

During the recording of The Look Of Love, producer Trevor Horn decided it needed a real brass and string section to create the vibrant sound he sought. Anne Dudley was brought into to arrange the 30-piece string section at Abbey Road Studios. "I remember hearing the mix of The Look of Love and being amazed at how loud Trevor had made the strings," she said. "It was really nailing the ABC colours to the mast: this was to be an unapologetically lush and epic album. From then on, it was a given that we would add strings to many tracks, developing the unique sound of the album – a combination of cutting-edge technology, electronic sounds and real instruments." Indeed, The Look of Love combines pizzicato strings over a Moog bassline while Singleton's saxophone part is drenched in digital effects.

The Look Of Love contains lyrics that are seldom found in a typical floor filler: "When your world is full of strange arrangements And gravity won't pull you through", "Your reason for living's your reason for leaving" and, most famously, "When you judge a book by the cover Then you judge the look by the lover.

" David Medsker of Pop Matters wrote that the last line made no literal sense whatsoever. We believe he failed to understand the lyrics. The song is about the glances that lovers exchange, that unmistakable magnetic attraction of carnal desire. It is this look that tells you what you want to know - like the substance of a book - and should not be conflated with the beauty of the looker - the cover. It's typical of a Fry lyric, combining a well-known expression and extending into a memorable metaphor.

In the second verse, a female voice coldly says "Goodbye". Following a suggestion by Horn, this was spoken by Fry's former girlfriend who had dumped him. "I did suggest it," he recalled, "because if you’re gonna do things like that, I just think you’ve got to kind of make them real."

The Look Of Love had four mixes. Part One was the single version; Part Two a full-length string arrangement; Part Three a dance mix; and Part Four a 30 second instrumental reprise. Only Parts One and Four were included on the album The Lexicon Of Love; all four were on the 12" single.

Look Of Love is arguably ABC's most played and best known song, not least because Part Four was the theme tune to The Bit In The Middle, the Radio 1 afternoon show presented by Gary Davies. When Davies started presenting his show in March 1984, ABC were already perceived as outdated and unfashionable. They had a minor hit with SOS from their second album Beauty Stab in January that year but they practically disappeared during the next few years, their sound kept alive on weekday afternoons by Radio 1's most fashionable DJ.

The Lexicon Of Love remains one of the classic albums of the 1980s. It's packed full of memorable music and sophisticated lyrics. Or vice versa.

I was in to rock music at the time, and so was my girlfriend at Exeter Uni (R.I.P Sarah), so I was somewhat surprised when she put this on the turntable. I was blown away.Dave B