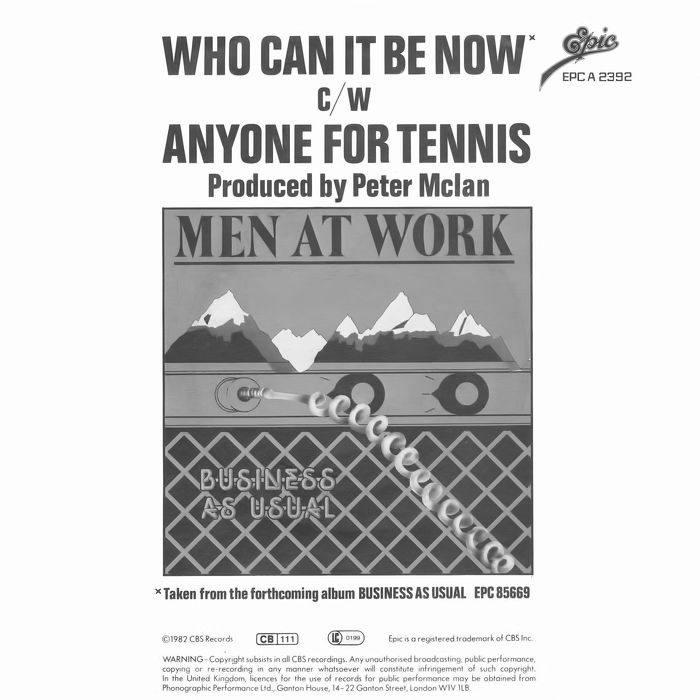 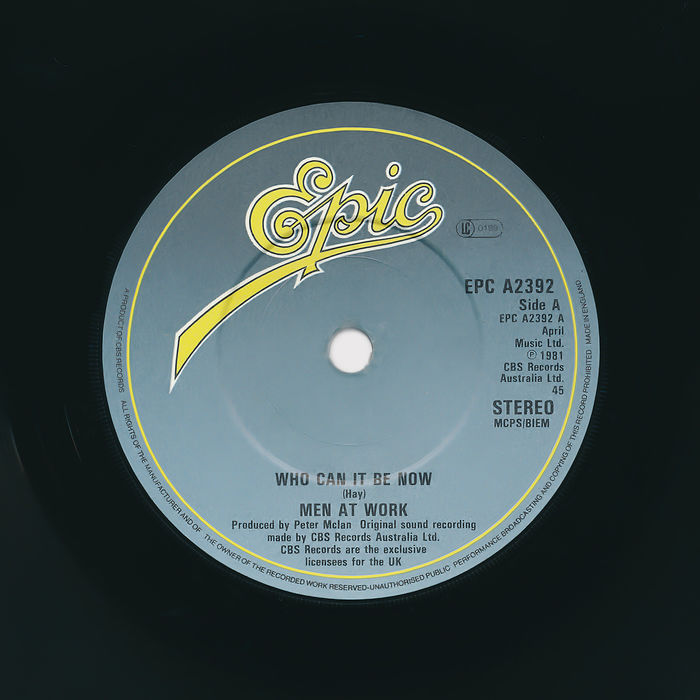 Who Can It Be Now

Imagine living in an apartment in a lively part of town near the red-light district where drug dealers are your neighbours. Money is tight and bill collectors are regular visitors. With junkies and dodgy characters frequently prowling the neighbourhood, a knock at the door is never welcome. It's late and all you want is some peace after a hard day's graft but police sirens wail into the night and there's another loud rap on your door - insistent and rather menacing. Who can it be now?

This is the premise of the song. Lead singer Colin Hay wrote the music first but the lyrics took at least a year longer and were inspired by his experiences living in an inner-city suburb of Melbourne. He explained to the AV Club in 2015: "It's as close to a red-light district as you could get in Melbourne at that time... I was in an apartment, and there were lot of police sirens and drug dealers... Mistakes were made, and people would knock on our door looking for some kind of stimulant and we didn't have it. You were always hearing people banging on other people's doors." When there was a knock on his door he was reluctant to open it, but would creep to the spy hole to see who was there.

More generally, the song is about freeing yourself from circumstances in which you feel trapped. "I was trying to get out of the situation I was in, which is that I didn't really have any money", Hay remarked in a different interview. "It seemed at that particular time everyone who knocked on my door wanted something from me that I either didn't have or didn't want to give them."

Musically, the track is made by the saxophone hook. It was originally intended as a middle break but when producer Peter McIan moved it to the beginning the song was transformed. Another version of the story suggests that McIan told saxophonist Greg Ham to play something to get a placeholder for a solo but liked the improvised hook so much he built the song around it. Whatever the story, there is something indefinably insalubrious and disturbing about that riff – it is the musical equivalent of alarms bells sounding in your head. This reflects the lyrics in the third verse which suggest the craving to be left alone has taken a more sinister turn: "Is it the man come to take me away? Why do they follow me? It's not the future that I can see It's just my fantasy".

The promotional video ran with the idea of a paranoid man trapped in his apartment. Hay's make-up and wild, staring eyes gave the impression of someone whose mental health is deteriorating. The watchable video benefited from its inclusion on MTV's early playlist. It shot up the US charts hitting the summit for one week in October 1982.

The song is the first track on Men At Work's bestselling album Business As Usual, which sold 10M copies and topped US chart for 15 weeks, a record for a debut artist. Presumably the only knock at the door Hay received at that time was the postman delivering a head-spinning royalty cheque.

We hereby instate Who Can It Be Now by Men At Work on The Wall as No.15 Best Single of 1982

Like Gerry Rafferty's Baker Street, Who Can It Be Now elevates the saxophone to the most memorable part of the song. Infernally catchy.Ant B

*Written by: Colin Hay. Taken from the album "Business As Usual" 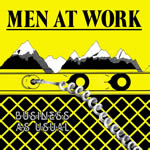