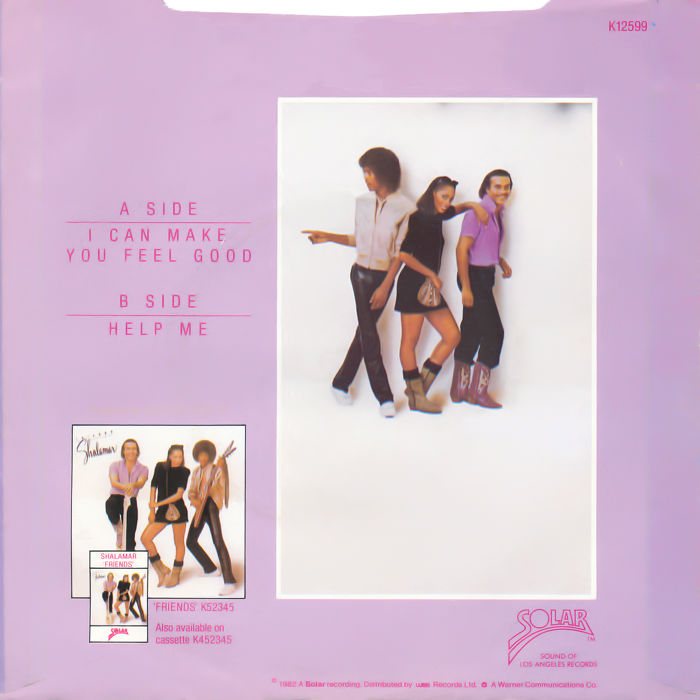 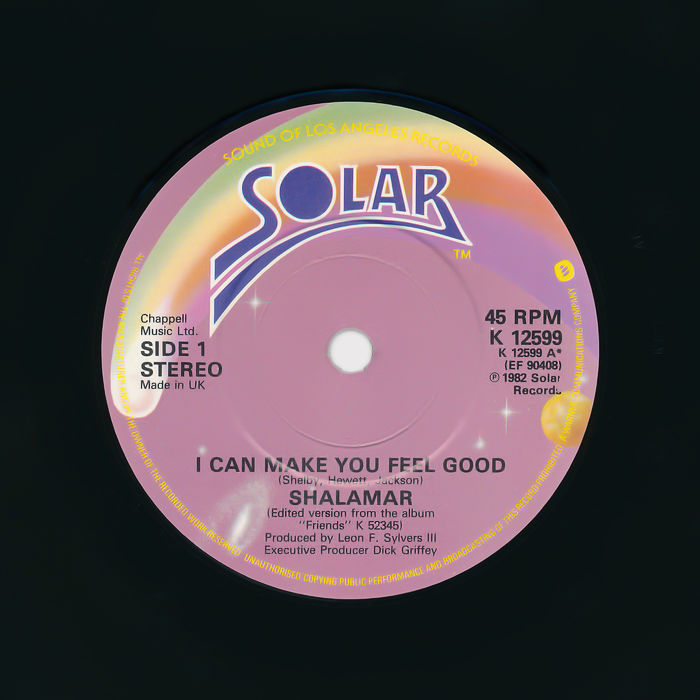 I Can Make You Feel Good

In the beginning there was a name, and the name was Shalamar. Derived from a Sanskrit word meaning "heavenly place", it was the moniker given to a group of five session musicians by record producer Dick Griffey. In late 1976, the studio group recorded Uptown Festival, a disco medley of 10 Motown songs, including Uptight (Everything's Alright), Baby Love and Tears Of A Clown. The single was a modest hit on both sides of the Atlantic six months later (and the template for Star Sound in 1981).

Buoyed by the initial success, Griffey set up his own record label, Solar (Sound Of Los Angeles Records), and assembled a group to continue as Shalamar. As a talent coordinator for Soul Train, a long-running music and dance show on US television, Griffey avoided recruiting all seasoned musicians and instead opted for dancers from the programme – Jody Watley and Jeffrey Daniel – who would be able to promote the funky pop music more visually. They were eventually joined by lead singer Howard Hewett after previous singers had left the trio.

Shalamar's first hit with Hewett singing lead vocals was The Second Time Around, a million-selling single stateside. The group's style was a fusion of funk, disco, R&B and pop. Despite success in America, Shalamar struggled to breakthrough in the UK. This changed in 1982, when I Can Make You Feel Good was the first of three consecutive Top 10 hits, making the group one of the biggest chart acts of the year (see Biggest Artists '82).

I Can Make You Feel shows off Shalamar's fusion style. Synth, funky bass and 70s style strings combine to create a memorable dance track. The lyrics are not profound and the theme of a guy offering genuine love rather than money and status is well covered, but the catchy chorus and feel-good music make this an exemplar club track from the early 1980s.

Shalamar did not perform the song on Top Of The Pops – that task was left to Zoo, the last incarnation of the programme's dance troupe, to move around to it. However, the group's follow-up single, A Night To Remember, is one of the all-time classic Top Of The Pops performances. First, only Jeffrey Daniel of the trio was on stage and, second, he did not mime the song – he just danced, introducing his robotic style of body popping to the UK. Most famously, he performed the backslide – a dance routine that creates the illusion of the dancer gliding backwards as he walks forwards.

Daniel was involved in teaching that routine to Michael Jackson, who called it the "moonwalk", which the superstar unveiled six months later when he performed Billie Jean on a TV show celebrating 25 years of Motown, wowing audiences the world over.

As well as working with Jackson, Daniel played Electra in Andrew Lloyd Webber's long-running musical Starlight Express (1984) which involved roller skate choreography, and appeared in Paul McCartney's movie Give My Regards to Broad Street (1984) displaying his robotic dancing. He also hosted the short-lived British version of Soul Train on Channel 4 (1985). After Shalamar, both Howard Hewett and Jody Watley carved out successful solo careers, especially in the US.<.p>

Finally, a bit of trivia. Jody Watley was the only solo female vocalist who performed on Band Aid's massive-selling charity single Do They Know It's Christmas? The other three female singers were all from Bananarama. 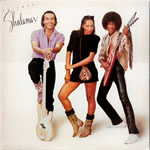