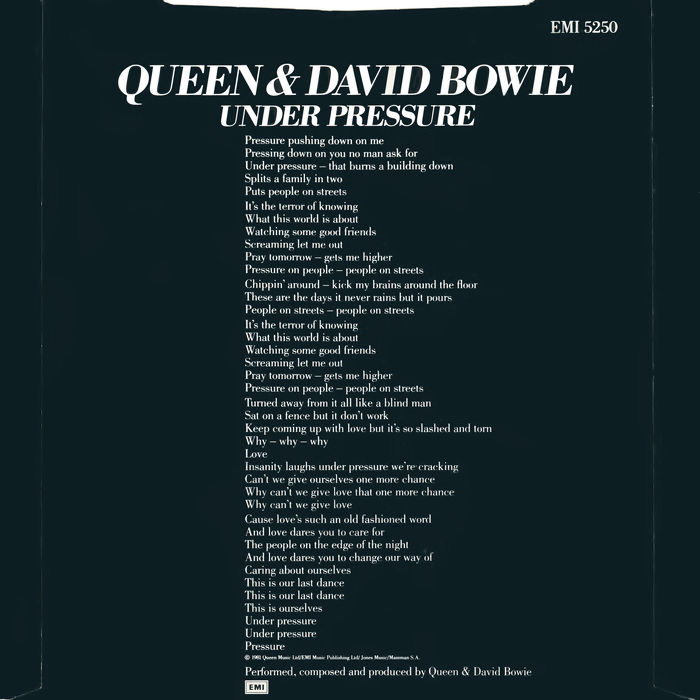 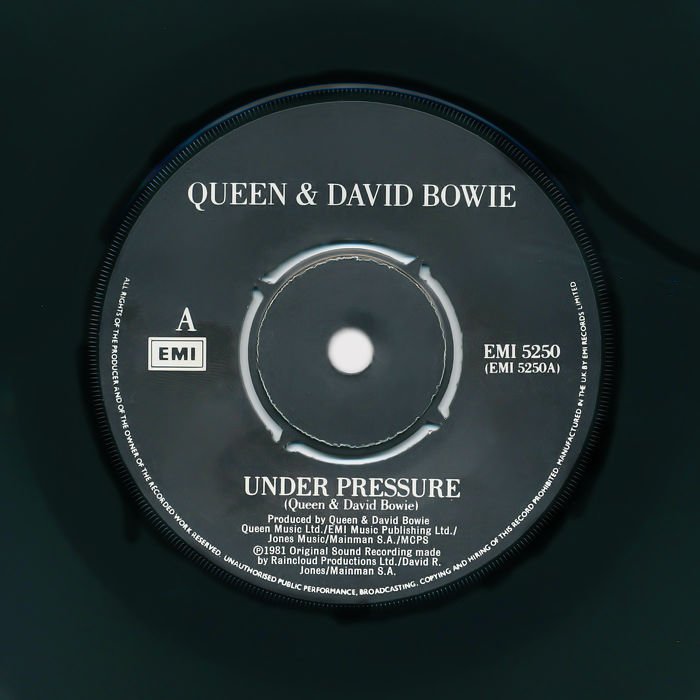 It opens with a swish of a hi-hat followed by that immortal bass line, ranked the best-ever by Stylus magazine: six repeated root notes then down to the fifth. Instantly recognisable, once you've heard it, you'll always remember it. Well, perhaps not if you had composed it. To explain, we need to tell the story of how Under Pressure was created.

The place is a recording studio in Montreux, a town nestling on the eastern shore of Lake Geneva in Switzerland. The time is the summer of 1981. David Bowie, who has a home nearby, comes to the studio to put down his vocal on Cat People (Putting Out Fire), a Georgio Moroder tune for the erotic horror movie Cat People, staring Nastassja Kinski. In the same studios, Queen are recording their 10th album, the dance-oriented Hot Space. Bowie popped by and they agree he should sing the backing vocals to the Queen track, coincidentally titled Cool Cat. However, they soon start covering other songs, which turns a jamming session. Bowie suggests they spontaneously write something.

Under Pressure was born out of this collaboration, including that killer bass from John Deacon. According to guitarist Brian May, it was the John's riff that everyone was excited about. After a three-hour break, during which one suspects a fair amount of alcohol was consumed, Bowie asks, "What was that riff, you had, Deacy?"

At this point recollections differ. According to one version, Bowie disagrees: "No it wasn't, it was like this," and shows him. Another version suggests that drummer Roger Taylor reminds his colleague. Either way, it appears Deacon had temporarily forgotten the best bass line in pop history!