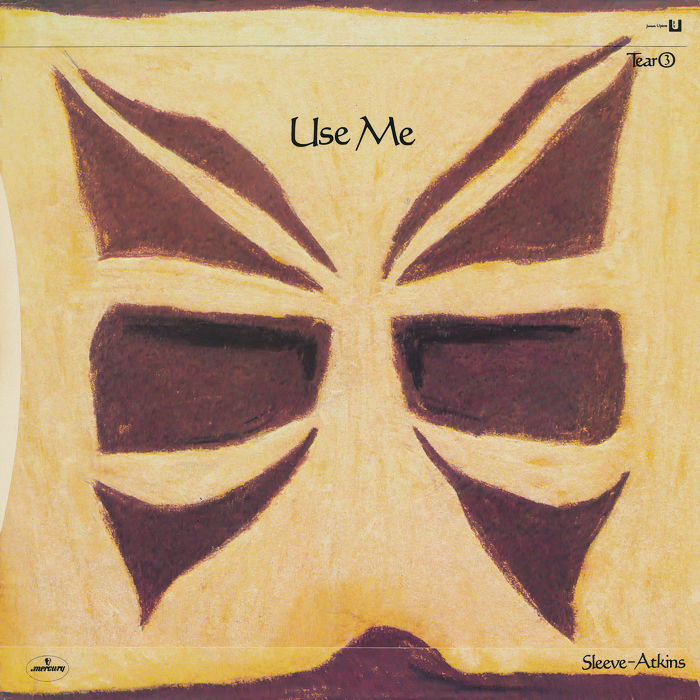 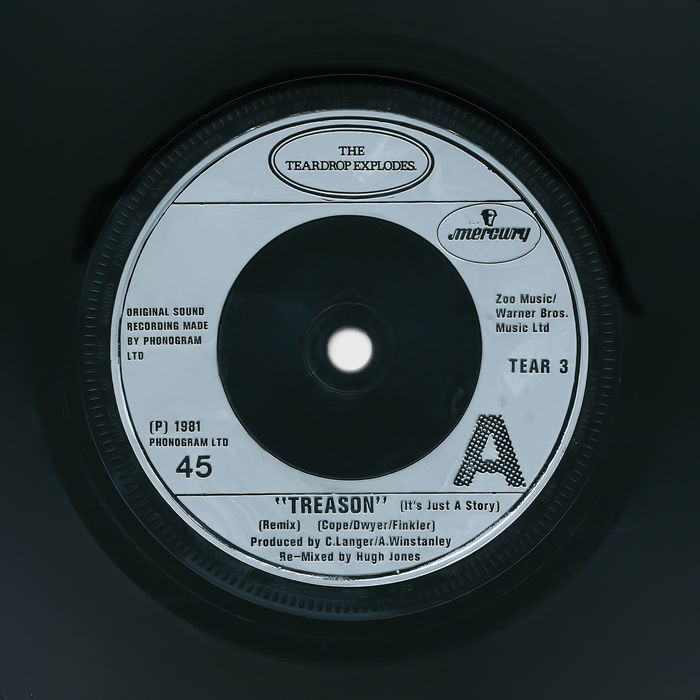 Treason (It's Just a Story)

Liverpool, November 1977. Local outfit The Mystery Girls are onstage at Eric's, the nightclub venue situated close to the famous Cavern. It's their first - and last - live performance. Although the group members include Pete Burns (later of Dead Or Alive) and Pete Wylie (later of Wah!), our focus is on the bassist, Julian Cope.

Almost a year later, in a first floor bedsit in Liverpool, Cope and several mates are discussing names for their new group. Wanting something "far out" that bucked the trend for short, dour names, they settle on A Shallow Madness unless something better can be conjured up. As they talk, keyboardist Paul Simpson flicks through an old issue of Daredevil, a Marvel comic which had been left in the flat by a previous tenant. He is taken by one page which depicts a burning sky using psychedelic artwork. In the middle, inside a bubble with serrated edges, it reads: The Teardrop Explodes. Simpson holds up the page: "What do you think of this for a name?"

Cope thinks it is psychedelic brilliance, but what does it mean? "It made no sense," he recalled later. "The story made no sense at all. We tried to figure it out and we couldn't." Although it was almost impossible to fathom from convoluted comic strip plot, a teardrop-shaped spacecraft had exploded over Central Park, New York. "But it was a great name for a group. I loved it. It was like The 13th Floor Elevators or The Chocolate Watchband. And no-one had a name like that." And so a shallow madness had spawned The Teardrop Explodes.

A few months later, in early 1979, the music newspaper Sounds ran a double-page spread on "The New Merseybeat" featuring Echo And The Bunnymen and OMD as well as The Teardrop Explodes. "Suddenly out of the depths of obscurity," the newspaper reported, "The Teardrop Explodes have become the most talked about new band in the North West." But in terms of visible success, they languished in obscurity for another two years. The first three singles - including Treason - failed to chart. The breakthrough came when the maniacal Reward cracked the Top Ten in early 1981.

Treason was re-released and it peaked just inside the Top Twenty. It was as upbeat as Reward but more anthemic - a pulsar of acoustic guitars. Catchy and invigorating, it would have been a hit in any era from the 1960s onwards, the hallmark of a timeless pop song. But what of the lyrics? These are unfathomable in many Cope songs, and this one appears no different. They pivot around the unusual contrastive "Is it real? Or is it treason?" Although it hints at some kind of equivocal reaction that might be due to betrayal, we are none the wiser. Perhaps we should heed the chorus and realise "It's just a story".

Treason was the second single released from the highly-rated inaugural album Kilimanjaro; Q Magazine placed it on its list of the 100 Greatest British Albums. When originally released, its artwork depicted a moody photograph of the group lit by different colours, reflecting their psychedelic origins, but this was soon changed to – cliché warning – an image of Mount Kilimanjaro. With a herd of staring zebras in the foreground, it looked like a still from David Attenborough documentary. If there was a list of the 100 Most Banal Album Covers, it would be a contender for No. 1. For a group inspired by psychedelic artwork in a comic strip, it was tantamount to – pun warning – artistic treason. Thankfully, for the later CD release, the original design was used. The single sleeve shows an image of a butterfly in African art. Or at least we think so – the design appears as impenetrable as the lyrics.

We hereby instate Treason (It's Just a Story) by The Teardrop Explodes on The Wall as No.5 Best Single of 1981

Unintelligible lyrics, eclectic and irresistibly catchy the song bears all the hallmarks of the wonderfully, eccentric Julian Cope at his best.Dave B

*Written by: Cope, Dwyer, Finkler. Taken from the album "Kilimanjaro" 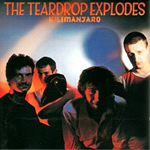