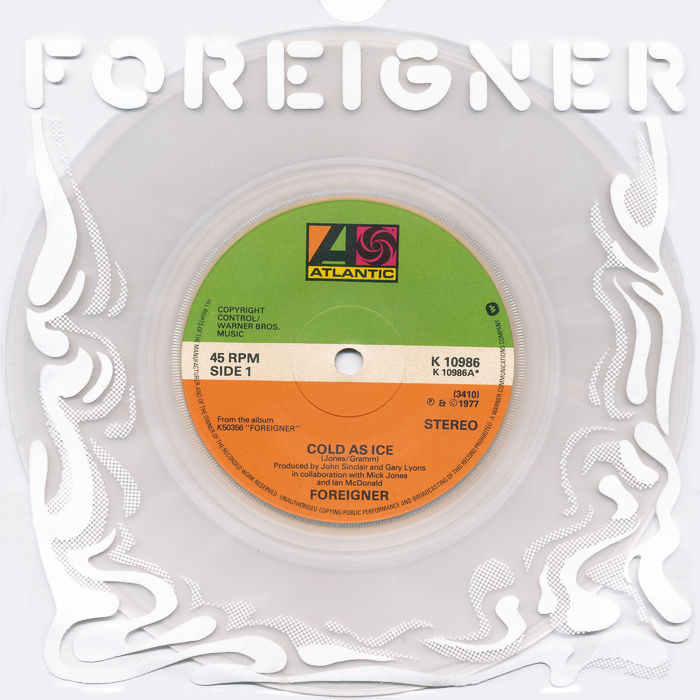 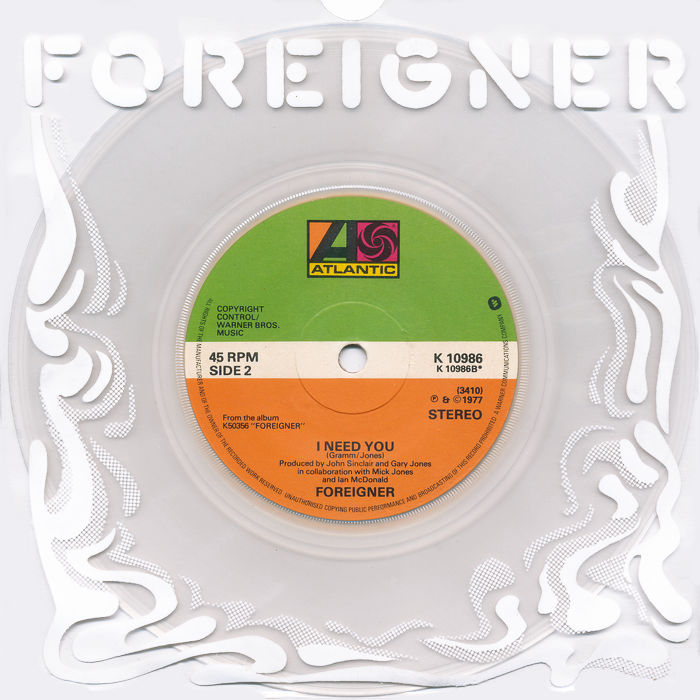 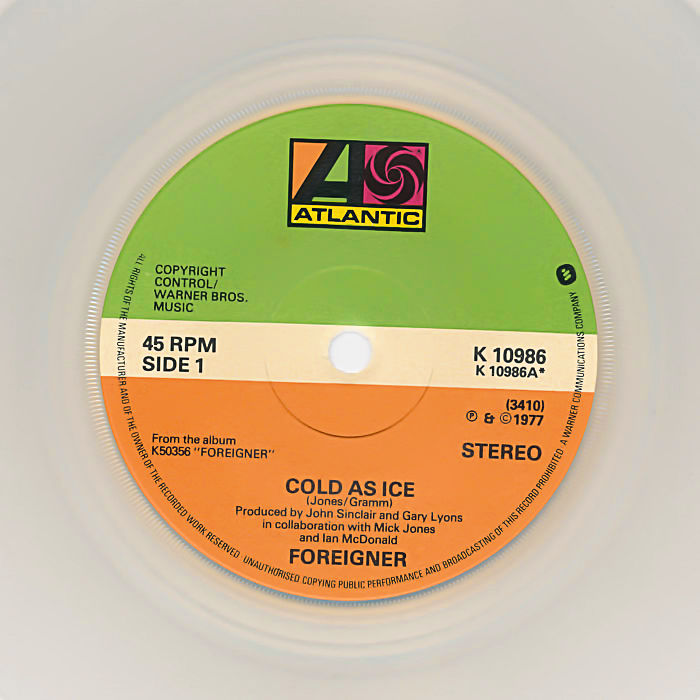 From the start, the lyric pulls no punches: "You're as cold as ice You're willing to sacrifice our love". No doubt what the song's about: unrequited love. In particular, it's the rejection of genuine love in pursuit of materialism. Other songs have reflected similar themes, yet Cold As Ice is a cut above most, delivering great music and memorable metaphors: "You're digging for gold Yet throwing away A fortune in feelings But someday you'll pay".

Let's step back. In 1976, studio guitarist Mick Jones, who had worked with Peter Frampton and George Harrison, formed his own group Trigger, which caught the attention of Atlantic Records. However, with another group with the same name, the sextet was forced to come up with a new moniker. As the group comprised three Brits and three Americans, it dawned on Jones that they had no country of origin; wherever they were, at least half the group would be foreigners. And so Foreigner it was.

Cold As Ice is a catchy, keyboard-driven song with a throaty synth hook and a guitar bridge. Its most distinctive feature is the melodious backing in the second half. The acerbic lyric is reflected by tense vocals and music that simmers throughout the song; it's a great example of soft rock. Mick Jones explained: "Subconsciously you draw from stuff, things that happened in your past, things that came out of relationships, the pain and the heartache of love that is intense and then so deep, and then suddenly you lose it. The whole gamut of emotional feeling that you go through in a relationship."

In an interview with Songfacts, Jones added: "Cold As Ice was written after watching the movie Mommy Dearest with Joan Crawford, and whimsical as it was, that was the inspiration." But this cannot be true. The movie was released in 1981. Clearly, Jones had misremembered, or the creation of the song is worthy of an episode in the Twilight Zone! More likely, he was moved to write the track after watching a Joan Crawford movie, not that specific one.

By 1980, Foreigner were a stadium-filling draw, but differences were appearing like fault lines within the group. Tensions arose over musical direction and control. Jones wanted a more soft rock, keyboard driven sound - similar to Cold As Ice - while others wanted a harder, guitar driven rock. Vocalist Lou Gramm later stated there were problems about "the deep, inner belief about the direction of the band and how we were progressing. We had reached a point where there was a lot of dissatisfaction". Two members were forced out by year end and Gramm himself would eventually split.

Like the song, the record packaging is distinctive. A cross between a picture cover and a plain company one, the semi-transparent, icy white sleeve frames the triband Atlantic label.

My favourite Foreigner track, although I did not buy it at the time. A great single with an original sleeve.Ant B 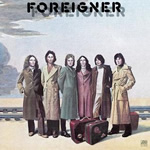