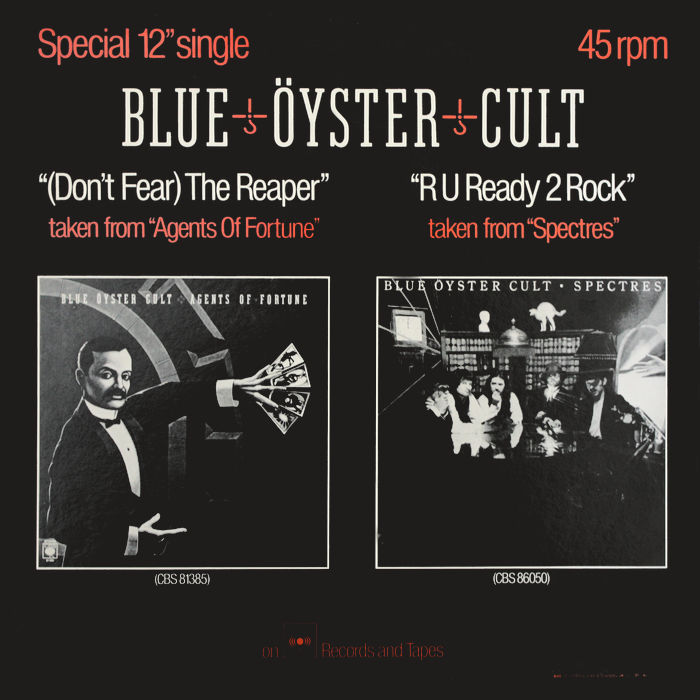 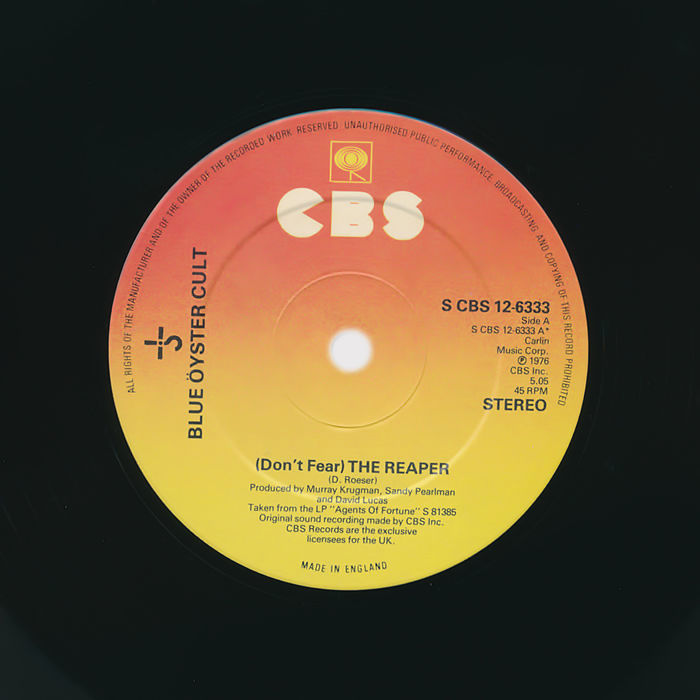 The name Blue Oyster Cult derives from a poem written by the song's producer Sandy Pearlman; it references a fictional group of aliens who are secretly directing Earth's destiny. Despite initial misgivings the band settled for the name, and their logo incorporated the alchemical symbol for lead, a heavy metal; a cute pun using symbols rather than words. And, in our view, the best song this rock band ever recorded was (Don't Fear) The Reaper.

The inspiration for the song was when songwriter Donald Roeser became ill and reflected on the nature of mortality. After convalescing, this track was the first he wrote, taking about eight weeks in total to compose. Despite the grim imagery of the scythe-carrying reaper on the cover of the 12" single, it is an optimistic song about the transcendence of love. According to the lyric, death is not the end but a transformation that merely "redefines happiness." Love will somehow persist on the other side so we don't need to fear death. Indeed, "seasons don't fear the reaper, nor do the wind, the sun or the rain" and, when our time comes, why should we? We can be like Romeo and Juliet who "are together in eternity." The Reaper is not some grim executioner but a benevolent usher, trying to ease your fears, as he whirls you to another dimension outside of space and time.

"40,000 men and women every day…" It was mid-70s with the world population under 5 billion and Roeser estimated that about 40,000 adults died every day. Forty years on and the global population has surged above 7.5 billion and approximately 150,000 men, women and children die each day (about half the number of daily births). But the numbers are irrelevant to the mood and sentiment of this soft rock tour de force.

From the start, the guitar hook mesmerises you and the airy, ethereal vocals are like a cajoling angel, enticing you to slip your earthly bonds and free yourself from this material world. The long note of the feedback guitar at the end of the instrumental is like a shaft of light from the heavens drawing you in, taking you away. Then those inveighing vocals start again. And you run to him, to become like they are, and you take his hand…

The song ends with the potent imagery of a candlelit vigil for a dying lover who finally succumbs to the inevitable: "And it was clear she couldn't go on. Then the door was open and the wind appeared. The candles blew then disappeared. The curtains flew then he appeared." He tells her not to be afraid, and her spirit runs to him. As he takes her hand, they start to fly to a new life ahead with only a backward glance to say goodbye. It's an uplifting, romantic view of death that has pervaded many cultures since the dawn of human history and sustains the main religions even today.

The music creates a mood in perfect harmony with the themes expressed by the poetic lyrics. For all those who heard the song in the 1970s the music and words lingered long after the needle had lifted from its vinyl groove with its customary pop.

This timeless track is not a song to die for, but one to die to.

We hereby instate (Don't Fear) The Reaper by Blue Oyster Cult on The Wall as No.2 Best Single of 1978

As with many great songs that I like from this era, this one was due to my brother. He would regularly play it on his stereo over the years. I liked it from the start. Over time I paid more attention to both the music and especially the lyrics. Then I loved it.Ant B

*Written by: Donald Roeser . Taken from the album "Agents Of Fortune" 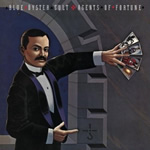