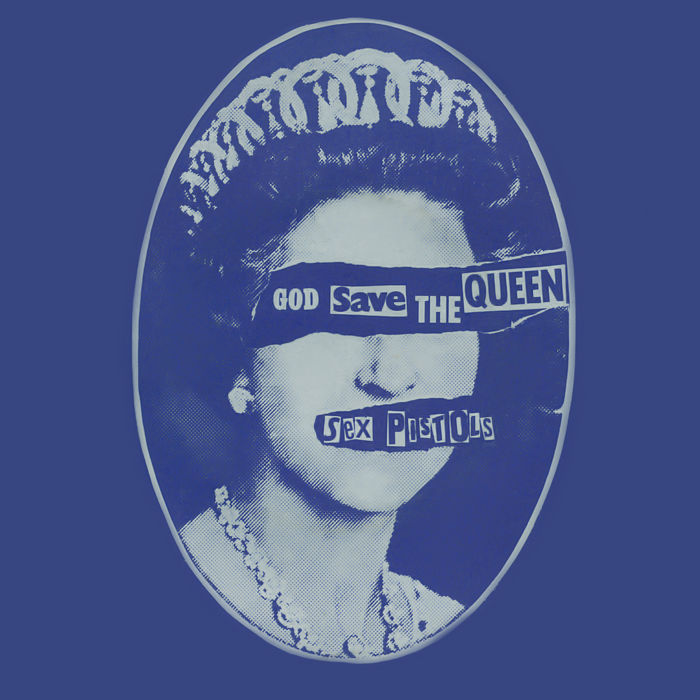 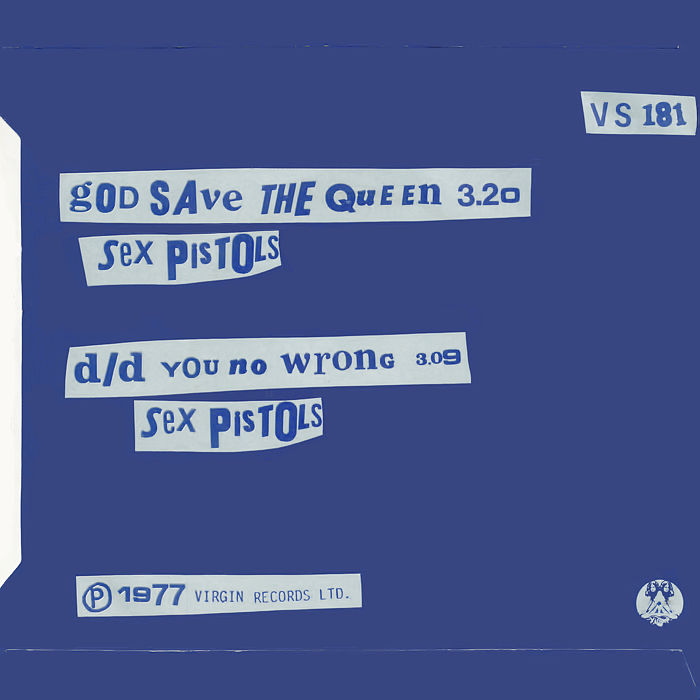 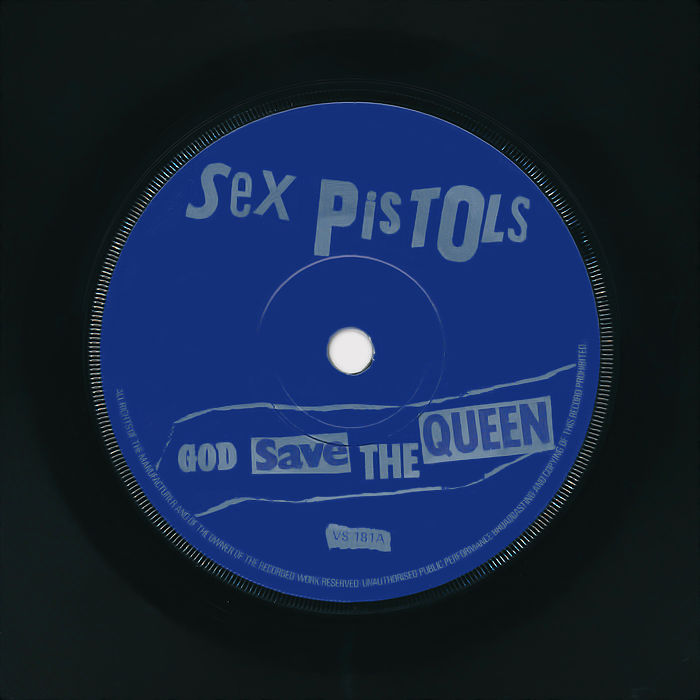 God Save The Queen

And so it came to pass. Shortly after the week of the Queen's Silver Jubilee, when a million people lined The Mall to see the British monarch wave from the Buckingham Palace balcony, the first and only punk single reached No.1 in the UK charts. The ironically-titled God Save The Queen sat majestically, regally even, at the top of the unofficial chart published by the NME newspaper.

This was despite the fact that all the major record retailers of the day – Woolworths, W. H. Smith and Boots – refused to stock the single and there was an almost total airplay ban. The BBC withdrew it from its radio playlists and independent radio stations followed suit, fearing it breached the law after an arbitrary diktat from the Independent Broadcasting Authority asserted that it "offended good taste and decency." The group was also prohibited from appearing on Top of the Pops, the producer deeming it "unsuitable for a family entertainment show" (although it was appropriate to show the scantily clad Legs & Co).

With industry insiders allegedly reporting that it was outselling its nearest rival by two to one, it was a foregone conclusion that the Sex Pistols would have the official No. 1 single during the flag waving and street parties of Silver Jubilee week. Then came the great rock 'n' roll swindle: when the official BBC chart was published, the Sex Pistols had stalled at No. 2. It is alleged that, without precedent and for one week only, all Virgin record stores were excluded from the chart compilation process. For many, punk's crowning glory was unfairly denied its official coronation. The controversy has never been officially explained. As only fate can script, when Rod Stewart's ballad I Don't Want To Talk About It remained at No. 1 its title served as the unofficial statement of a record industry on the matter. Whether the Pistols were denied the official No. 1 is a topic we will explore in a special article.

Cheated or not, the Pistols were certainly received rough treatment when they chartered a private boat, aptly named The Queen Elizabeth. They were to perform their No. 1 hit while sailing down the River Thames on the evening of 7 June 1977, a scornful alternative to a river procession planned for the Queen two days later, but police launches intercepted the boat and the group were arrested in a heavy-handed manner.

And the moment passed. The jubilee celebrations ended and a punk single never again came as close to claiming the official No. 1 spot. A campaign to rectify the perceived injustice during the diamond jubilee in 2012 failed dismally. Yet God Save The Queen was never written as an invective against the royals. It was an anthem for the working class, who have no certainty or control in their lives – "there's no future for you" – in stark contrast to the monarchy and the line of succession. Indeed, the track was originally called No Future but was changed when lead singer Johnny Rotten (or possibly Malcolm McClaren) got the idea to target the head of the establishment. The lyrics also mock the reason often given for retaining the monarchy: "God save the Queen Cause tourists are money".

The promotional posters and picture cover, which obliterated the Queen's portrait with blackmail lettering, were themselves acts worthy of trial for sedition in some eyes. Indeed, workers at the pressing plant downed tools in protest. Today, the cover art is revered as one of the most iconic ever.

One further fact makes God Save The Queen one of the most significant vinyl singles of all time. It was initially pressed by A&M records but, after more bad publicity, label bosses dumped the Sex Pistols a week after signing them and the entire print run was recycled. The single was subsequently rushed out by Virgin two months later, just in time for the jubilee. The handful of copies on the A&M label that survived the purge now command eye-watering prices, making it the most collectable vinyl single ever released.

We hereby instate God Save The Queen by Sex Pistols on The Wall as No.1 Best Single of 1977

As a 10 year old, I steered clear of the Pistols. I thought they looked like thugs. Yet it is clear they weren't the ones to be feared. By far the greater threat came from the establishment hell bent on trying to suppress them.Ant B 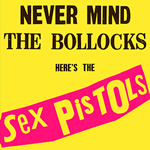