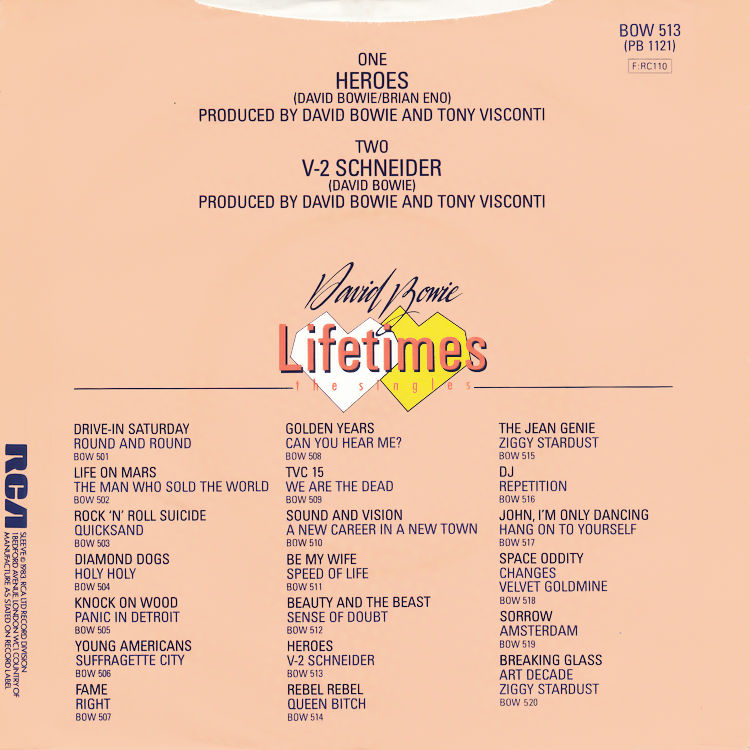 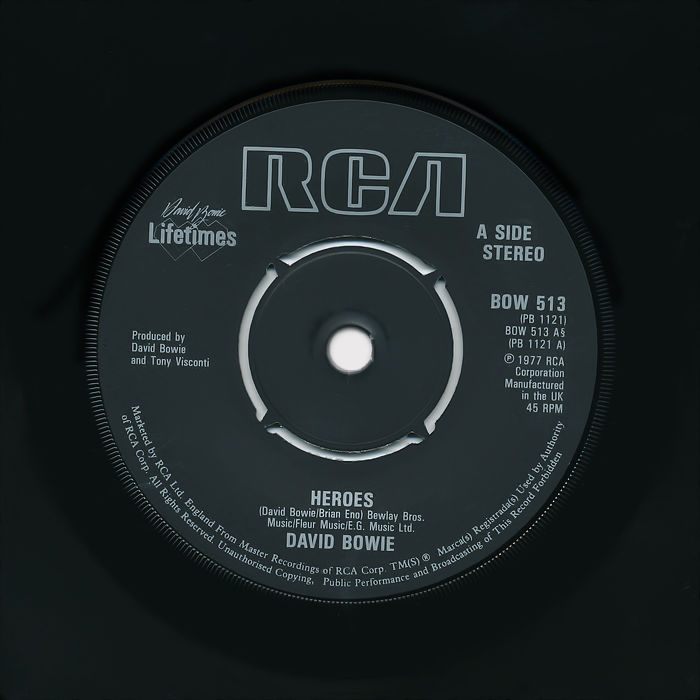 It's the summer of 1977, the cold war is at its height. The place is the Meistersaal building in a quiet backwater of a divided Berlin. The once grand concert hall is now a dilapidated-looking recording studio. From a 4th floor window, 30-year-old David Bowie glances towards the East German soldiers in their watchtower a mere 100m distant. His eyes are drawn from the rifles and the razor wire to a couple embracing passionately in front of the infamous wall. In a creative spark, he imagines one is from the West the other from the East, meeting in love's defiance of the divide and the inevitable retribution that will swiftly follow. They are heroes, just for one day.

The backing track for "Heroes" had already been put down on tape when Bowie looked across to the Wall. During his Berlin period, in which he wrote three albums, he finished the musical frame before painting the picture, adding the melody, hooks and lyrics last. The backing track featured percussion, bass, Brian Eno's synthesizer and producer Tony Visconti banging on a metal ashtray.

Guitarist Robert Fripp then added the famous guitar riff in just three takes, each one recorded on a new track without him hearing the previous versions. The intention was to use only the last but, on a whim, Visconti wanted to hear all three tracks played together in the mixing room. Incredibly, such was the quality of Fripp's musicianship that the three tracks were in sync. "All his little out-of-tune wiggles suddenly worked with the other previously recorded guitars," Visconti later explained. "It seemed to tune up. It had a quality none of us anticipated. It was this dreamy, wailing quality, almost crying sound in the background. And we were just flabbergasted."

Bowie now wrote the lyrics. He often used the cut-and-shuffle method of writing, taking selected texts from a book or magazine and reordering them. "I'll use that idea to provoke a new set of images for me or a new way of looking at a subject," Bowie explained. In this case, the theme was experiencing something magical against the odds but in the certain knowledge it cannot last; an ephemeral love or momentary triumph that is bitter sweet. Co-writer Brian Eno said: "It's a beautiful song, but incredibly melancholy at the same time. We can be heroes, but actually we know that something's missing, something's lost."

Indeed, the song's title was intentionally placed in quotation marks to suggest irony, Bowie questioning the heroism of the lovers which will last "just for one day". This makes sense when he revealed – only in 2003 – that he knew the couple: Visconti was having an extramarital affair with a backing singer. Therefore, the lyrics are as layered as the music, which only adds to its artistic depth.

Bowie's vocal was captured using three microphones – one nine inches from him, the others 20 and 50 feet away. Each microphone was muted as the next one was triggered, forcing Bowie to sing at increased volumes as the song progressed. This adds to the impassioned performance as the song reaches its climax. It meant that singing Heroes live was always a challenge, none more so than arguably Bowie's most famous concert.

He returned to West Berlin in the summer of 1987 to give a concert as part of the Platz Der Republik festival. The stage was set right against the Wall; it was a double concert for the divided city, the sound also projected into East Berlin. A few fans were expected to defy the punitive restrictions enforced in the Communist sector. In fact, thousands turned up, many were beaten and over 200 arrested. They were heroes, just for one day.

Bowie later said that "the performance of Heroes felt anthemic, almost like a prayer. That's the town where it was written, and that's the particular situation that it was written about. It was just extraordinary... I'll never forget that. It was one of the most emotional performances I've ever done."

Three years after his death, David Bowie was voted the Entertainment Icon of the 20th Century by BBC viewers. For someone who has more entries in NME Top 500 Songs of All Time than any other artist, save for The Beatles, he was a worthy winner. For all those that heard him sing at the Berlin Wall, David Bowie is a hero, and certainly not for just one day.

We hereby instate Heroes by David Bowie on The Wall as No.2 Best Single of 1977

In fans' minds, this song is now more of an ode to Bowie himself. A man who inspired so many others through his ground breaking music and imagery: a musical legend, a genius, a hero.Dave B 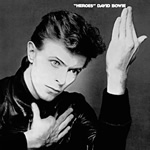