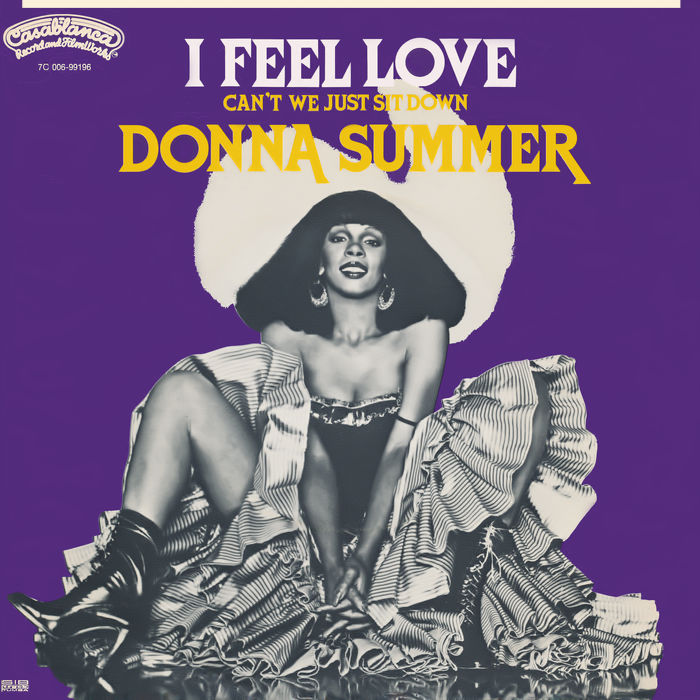 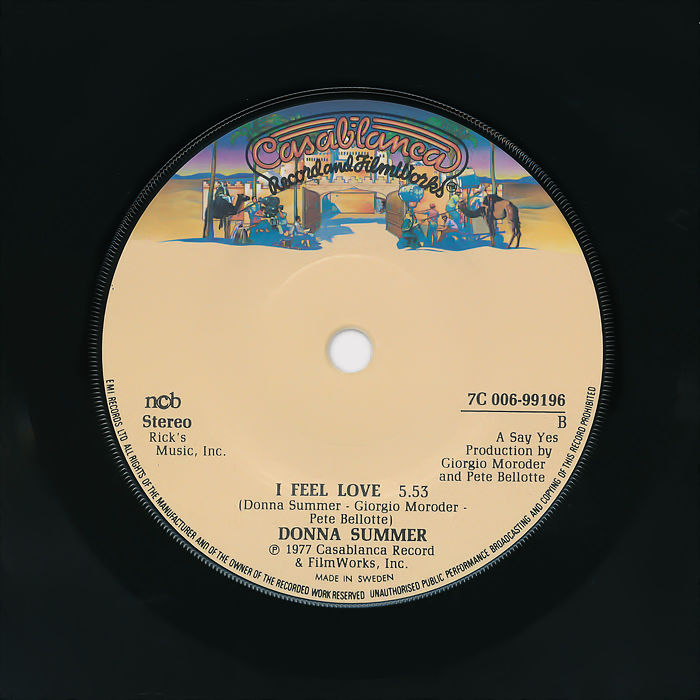 The time: July 1977. The place: the Meistersaal building in a quiet backwater of West Berlin. Clutching a single, keyboard maestro Brian Eno rushes into the recording studio where he is working on David Bowie's "Heroes" album. "This is going to change the sound of club music for the next 15 years," he excitedly tells Bowie. The single is I Feel Love.

Written and produced by Georgio Moroder and Pete Bellotte, Moroder was the musical driving force, but his more reserved partner played a critical role. It was Bellotte who had discovered LaDonna Gaines, an American black singer with an extraordinary voice. In the late 1960s, Gaines had left her native US to live and work in Germany, where she married an Austrian actor and became Donna Sommer. While she was working as a backup singer she came to the attention of Bellotte, and signed for Moroder's Oasis records. After a printing error on a record sleeve, she became Donna Summer and the name stuck.

Bellotte was also the creative spark that led to Summer's concept album I Remember Yesterday. The inspiration was Anthony Powell's epic saga, A Dance to The Music of Time. "Those novels go through a whole period of British history," Bellotte explained, "and from that I got the concept of the album: each song would relate to a different decade." And to finish the album, they wanted a song that sounded it was from the future. "I thought the only way to do it is to do it with computers - only computers."

Inspired by Kraftwerk's Trans Europa Express, Moroder and Bellotte especially wanted a locomotive machine-like rhythm. They called in an electronics wizard, Robbie Wedel, an expert on the Moog synthesiser, which looked like an old telephone exchange with wires, oscillators and voltage controls. Everything was electronic apart from the drums, which were laid down by Kevin Forsey, who was renowned for his machine-like timing. Each drum was recorded individually for a totally clean sound with no bleed through. By adding a delay on the bass line, they created a pulsating, shimmering effect to the music.

Adding to the futuristic feel were the unconventional lyrics: just a few phrases, repeated frequently. Equally important was Summer's delivery: ethereal, dreamy and erotic. Although the mixing took much longer, the primary recording process only took three hours. Put it all together, and I Feel Love sounded like no other contemporary record, but to the producers it was nothing special; it was just an album track. How wrong they were. I Feel Love became a global hit in the summer of 1977 and propelled Donna Summer into superstardom. Subsequent sales and downloads have pushed it over the seven-figure barrier in the UK and it's now one of the Top 100 best-selling singles of all time.

I Feel Love was at the vanguard of pop music, yet it was not the only example of electronic music at this time. The pioneers were undoubtedly Kraftwerk and Jean-Michel Jarre. Electronic instrumental Magic Fly was a massive UK hit in that autumn, reaching No. 1 for three weeks on the NME chart. Many commentators believe this shows the immediate influence of I Feel Love, yet Space released Magic Fly on an album months before Summer topped the UK charts. Interestingly, all these electronic trailblazers were continental, but British groups caught up, mastered the synthesiser and conquered America in the early 1980s.

Moroder and Ballotte continued their futuristic sound with Sparks in 1979. The singles The Number One Song In Heaven and Beat The Clock provided an even better signpost to the music of the next decade. For Sparks, electronic disco was the true new wave, whereas most post-punk groups with this label were merely re-interpreting the 1960s. Although it undoubtedly influenced electronica in the early 1980s, I Feel Love shaped entire genres at the end of that decade, such as house, techno and trance. Few records are that far ahead of their time.

We hereby instate I Feel Love by Donna Summer on The Wall as No.6 Best Single of 1977

I remember watching Donna Summer on Top Of The Pops thinking what a strange song it was. It didn't even have any proper lyrics! But I was transfixed just the same.Ant B 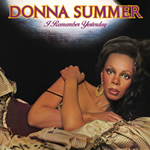