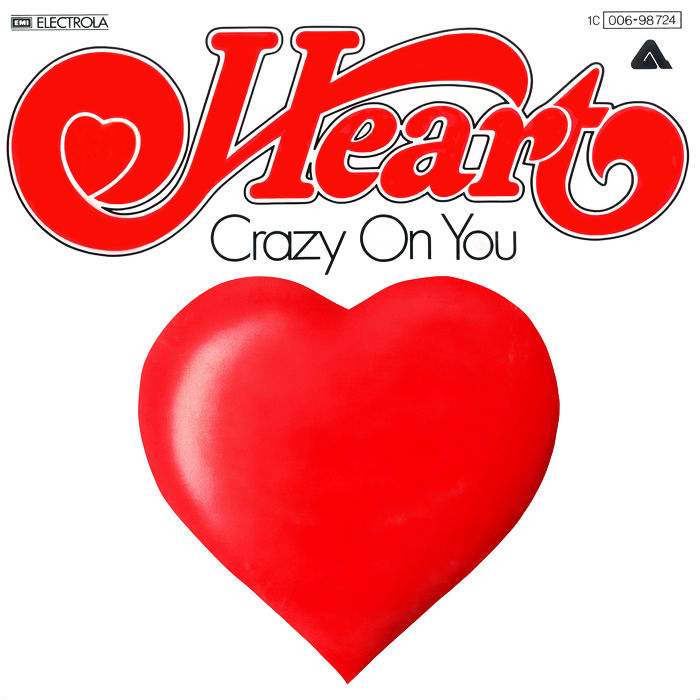 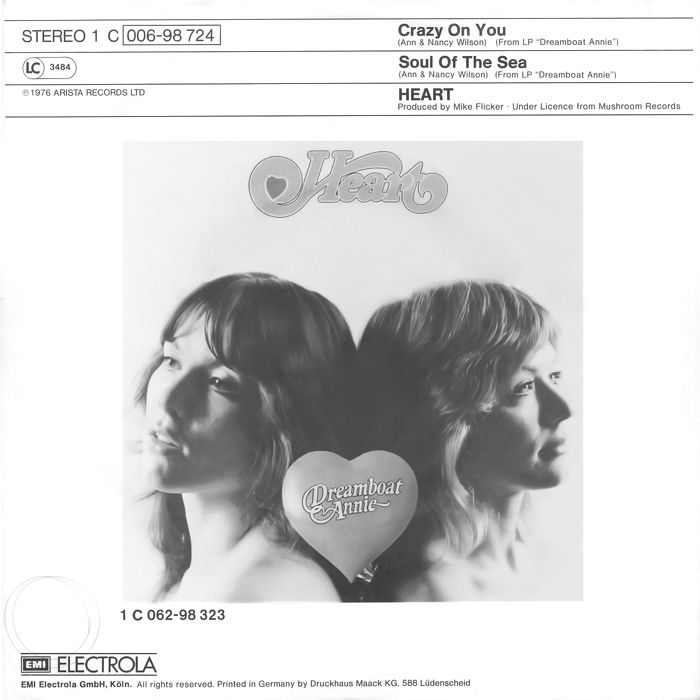 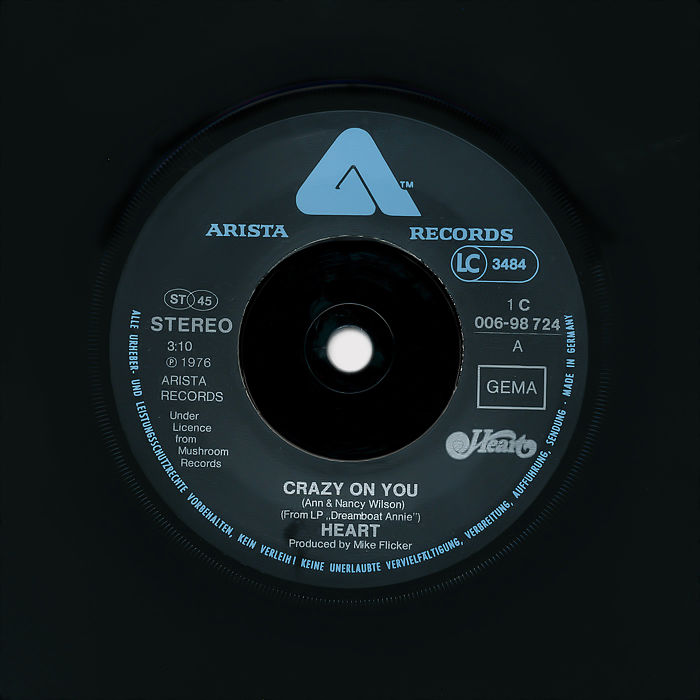 January 1975. Still in recession, the United States is gripped by the energy crisis and high unemployment; lives continue to be lost during the last throes of the Vietnam War; and the aftershocks of Watergate rumble on with three convictions. Finding solace from the troubles of the world in the arms of her lover, Ann Wilson writes Crazy On You.

She later explained: "The world had gone to hell in a hand basket and the culture was just standing on its ear and everything was overwhelmingly in trouble: bombs and the Vietnam War and the gas crisis. It was very frustrating. So I poured that frustration into the words of the song. I was in a very close relationship... when you're in that situation you just climb up into your love's lap and say: 'Oh God, what do we do about this world?' That's the feeling of the song."

Crazy On You is a mix of acoustic guitar and rock; the duality between soft and hard, light and shade, is the essence of Heart. When sister Nancy Wilson joined the band she recalled that "they were playing this really heavy stuff, and I had been doing a lot of acoustic work. When I got involved with Heart we stared blending the two together."

The mix of acoustic and rock guitar is hardly new, of course. Led Zeppelin were rock innovators and used the same duality for classics such as Stairway To Heaven, and Heart have been referenced as the "female Led Zeppelin". Fittingly, Ann and Nancy Wilson, complete with Gospel choir, performed Stairway to Heaven in front of Led Zeppelin in spine-tingling cover at the Kennedy Center on 2 Dec 2012.

Crazy On You begins with a beautiful classical-guitar instrumental. "I wanted to write an acoustic guitar intro before the song started," Ann said. "So I sat for a few days, just trying to channel that first bar. I wanted it to be really memorable. It was the hardest part, finding a way in." Nancy recalled it was literally a painful process: "Because that first part was solo, I had to get the whole thing down in one take. So by the time I got it right all the way through I had blisters all over my fingers. It felt like they were going to fall off!" The effort was worth it: anyone who has heard the first bar immediately recognises it on a later hearing.

At the time, the sisters had difficulty in being accepted in the male-dominated music industry of the mid-1970s. Although there were female artists, and even rock-oriented ones like Suzi Quatro, a rock group led by two women guitarists was unprecedented. "There were two of us, and we were both singers and writers and leaders of the band, so we were very different than anyone they'd encountered," Ann reflected. Now they are deservedly acclaimed as pioneers and Crazy On You is their signature song.

Crazy For You is a rare song on The Wall - although released as a UK single, it never charted. For a song of such undoubted quality, it is a serious contender for the Best Single Never To Have Charted award.

We hereby instate Crazy On You by Heart on The Wall as the No. 7 Best Single of 1977.

The charts are merely an opinion poll, a snapshot revealing the often-questionable taste of single buyers. A musical meritocracy they are not. Crazy On You is testament to this fact.Ant B 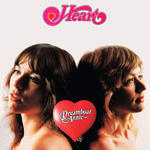