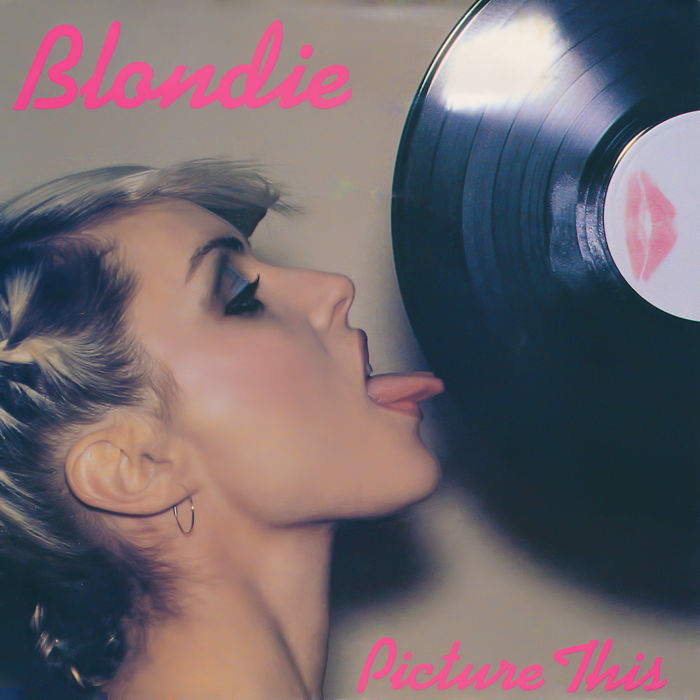 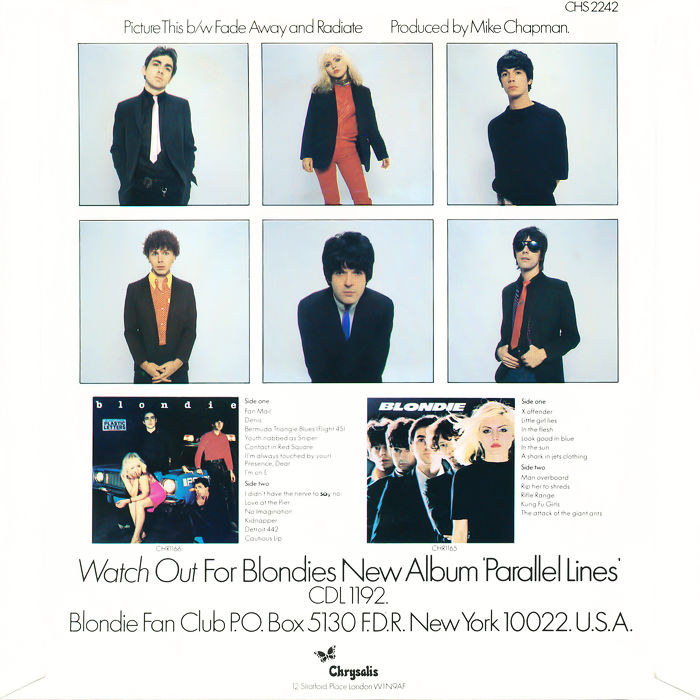 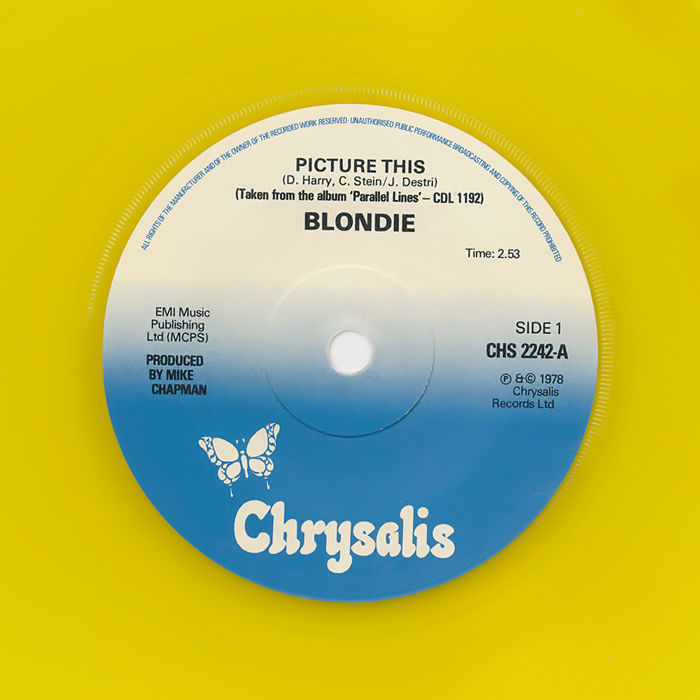 In the words of one musical journalist at the time, Blondie's third hit single was "the tenderest new wave love song". Picture This is undoubtedly an affectionate love song coursing with energy – what we now might call a power ballad. It starts with a beguiling couplet over a gentle guitar lick. "All I want is a room with a view" suggests a wonderful sight lies outside, perhaps an imposing skyline or wonderful landscape, but the second line delivers a delightful twist: "A sight worth seeing, a vision of you". The view is inside, in the bathroom to be precise, "watching you shower".

The reveal has greater punch when you realise that the evocative sentiments are being expressed by a woman at a time when such lines would have almost always been sung by male rock stars about women, not the other way around. The song builds to the chorus, Harry's vocals becoming more assertive and bellicose: "Picture this, a sky full of thunder," Harry belts out. "Picture this, my telephone number. One and one is what I'm telling you, oh yeah." A catchy guitar riff takes over before the musical attitude softens for the second verse.

Picture This was the first single from Blondie's third album, Parallel Lines, which was released concurrently. Like the single, the album also had a memorable cover. Against a background of vertical black and white stripes, the suited male members of the group stand smiling while Debbie stands in front, dressed in white, hands on hips and straight-faced. The album was produced by Mike Chapman, who was also behind the mixing desk for The Sweet, Mud and Suzie Quatro. He found Blondie difficult to work with – there was a tense group dynamic and some individuals were often stoned during recording sessions. Musically, he spent hours getting the individual parts correct for each song. It was worth it: Parallel Lines shifted millions of copies worldwide and was the UK's No. 1 album in mid-February 1979 when Heart Of Glass topped the singles chart.

The B-side, Fade Away And Radiate, was also an album track. Its atmospheric and eerie synth intro would have felt at home on a Gary Numan album - but he was still a year away. It invokes a cathode ray television bursting into life, its flickering images illuminating a darkened room "in a blue, blue neon glow". During a drug-induced high, the "silver pictures move so slow" and "electric faces seem to merge". Harry's vocals convey this dreaminess as she swoons over dead movie stars who are still radiating from the screen like ghostly after-images. "Dusty frames that still arrive die in 1955" is a reference to actor James Dean, who died in a car crash that year. Overall, it is a sublime song, Blondie's best B-side and simply one of their best tracks.

As we are on the subject of movies, here's a piece of trivia: Debbie Harry was originally intended to play the role of Pris - the "pleasure model" replicant - in the movie Bladerunner (1982). After Harry's management company dissuaded her from taking the role, the part was given to Daryl Hannah, something which Harry later regretted.

Unbelievably, Picture This did not earn Blondie a third consecutive Top Ten hit, but superstardom was not far away, ignited by the global success of Heart Of Glass. The disco-inspired track, which owed much to Chapman's production skills, is often cited as Blondie's best. We disagree. For starters, we believe both Picture This and Fade Away are better tracks, and consider this single to be one of the finest from 1978.

We hereby instate Picture This by Blondie on The Wall as the No. 12 Best Single of 1978.

Debbie Harry brought an instant glamour to punk but this moving love song seemed a far cry from those early days at the CBGB club in New York. However, a song about woman lusting after a man in shower was pretty punk for the times!Dave B 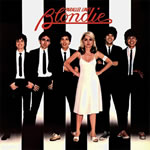