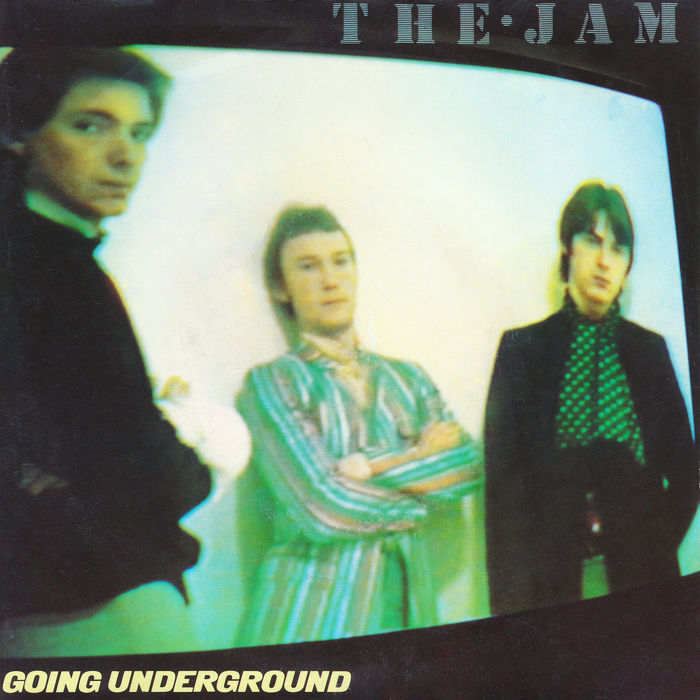 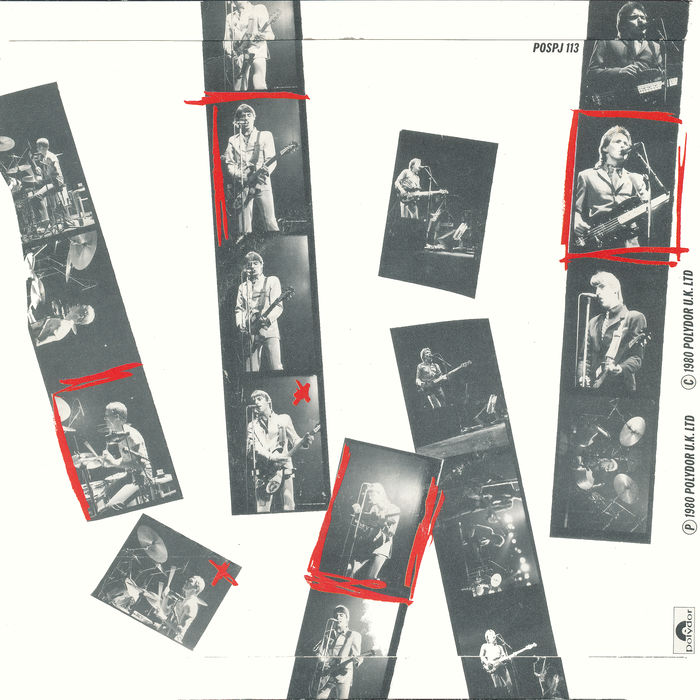 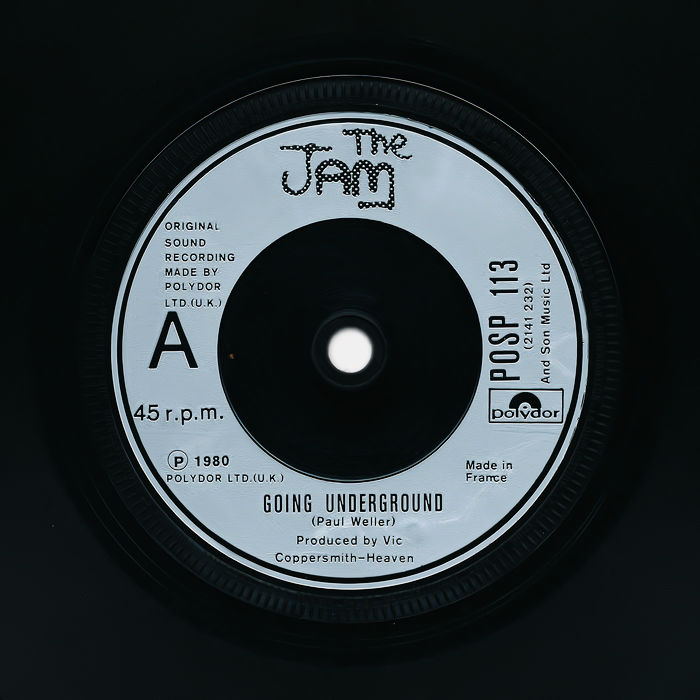 The news broke while The Jam were in LA: Going Underground had entered at No. 1 in the UK charts, the first record to do this since Slade were ruling the pop empire during the height of glam rock. Drummer Rick Buckler said: “It was a shock when we got to No. 1, otherwise we wouldn't have been in the States. We knew Going Underground would do well. We had a good drink that night. However, everyone wanted to be back in Britain. We made out we had all come down with a virus, and cancelled the rest of the tour of the States. We flew back to Britain on Concorde, to record Going Underground on Top of The Pops for the following week.”

That The Jam had reached No. 1 should have surprised no one. At the end of 1979, on the back of three outstanding singles (Strange Town, When You're Young and Eton Rifles - all on The Wall for 1979), The Jam had topped just about every NME reader poll. This had translated into huge pre-release orders for Going Underground, enough to see it clinch the top spot.

Nevertheless, record company Polydor had left no stone unturned in securing the group's first No. 1. The single was released unusually early in the week, on a Tuesday, the day the UK chart was compiled, giving the record extra sales days compared to a Saturday release. Also, there was a limited edition of the single which included a second disc of live versions of three songs, including Down In The Tube Station At Midnight. Although the free disc was not mentioned on the cover, the reverse sleeve had filmstrip photos of the live performance, as opposed to a still from the video.

“It's all right if people want to drag that out,” Weller said later of the marketing techniques, “but... I certainly wouldn't care on a moral basis because as far as the music industry goes, there are no morals.”

And, he could have added, there were none in a government that was prioritising warfare over welfare, the theme of Going Underground. From the lyrics: "You choose your leaders and place your trust. As their lies wash you down and their promises rust. You'll see kidney machines replaced by rockets and guns." Weller wanted out of this system that was buying "nuclear textbooks for atomic crimes" and hide away. "And the public gets what the public wants. But I want nothing this society's got. I'm going underground (going underground)."

The reference to going underground had special resonance at the height of the cold war; nuclear bunkers were being built (by the wealthy) in a vain attempt to survive a nuclear war, which seemed increasingly likely due to the insane arms race where vast sums of taxpayer's money were spent on nuclear armaments. It is difficult to remember such a politically-charged No. 1. The powerful lyric was matched by the explosive music. From the start, there are pounding drums and bass punctuated by violent guitar chords. The intensity and power build inexorably to the sudden and haunting ending.

The single was actually a double A side. The preferred song was Dreams Of Children, its psychedelic feel owed much to The Beatles and was an atypical style for The Jam. It was arguably a better signpost to where Weller was headed with the next album, Sound Affects, but it could not compare to the energy and punch of Going Underground and received far less airplay. It was Going Underground that topped the charts and not only became one of The Jam's most enduring tracks but one of standout tracks from the 1980s.

We hereby instate Going Underground by The Jam on The Wall as No.2 Best Single of 1980

Going Underground was the culmination of The Jam's first three years, the pinnacle of the sound that began with In The City. It was a watershed moment on many levels, not least for us personally. Up to this point, Dave had bought all The Jam singles. After it, I did.Ant B