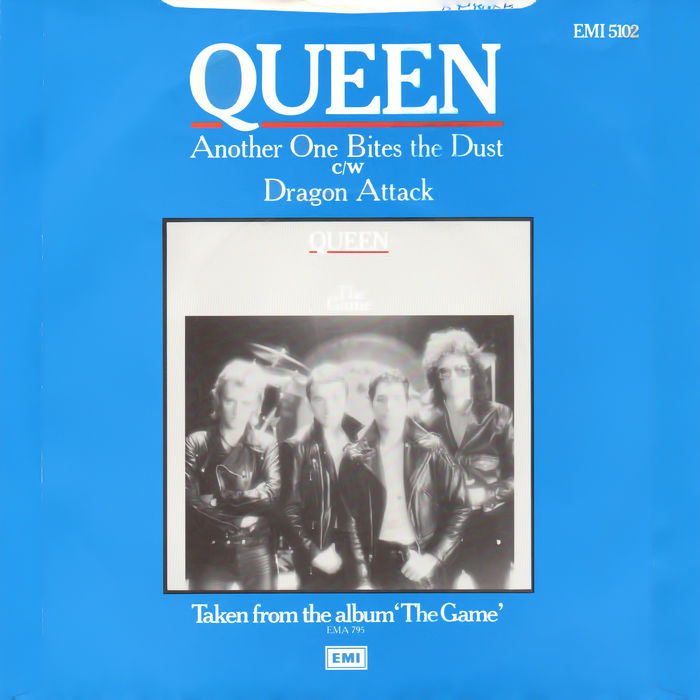 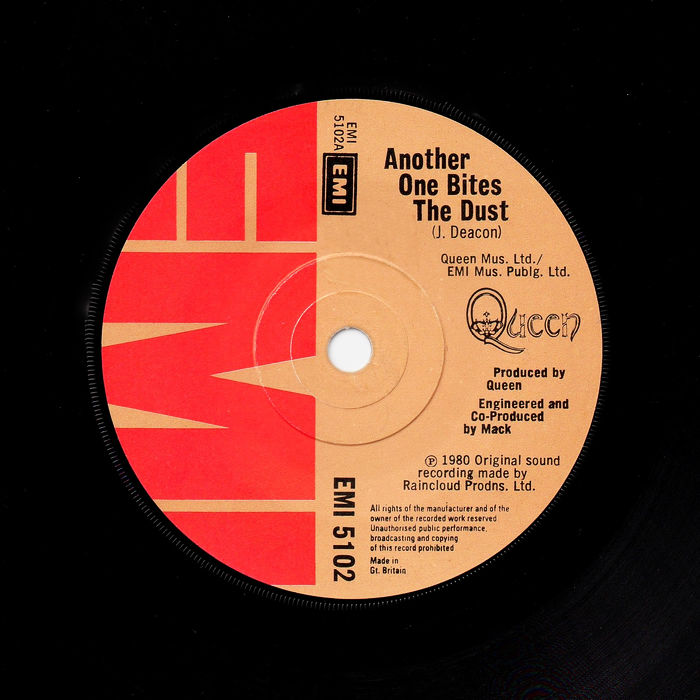 Another One Bites The Dust

This pulsating Queen epic only scraped into the UK Top Ten in the last week of September 1980 but became the group's biggest selling single in the US, shifting four million copies after a three week stint at No. 1. The third most streamed Queen song of all time had two very different influences: the St Valentine's Day Massacre of 1929 and Chic. The track was written by bassist John Deacon after allegedly watching a documentary on the former and spending time in the studio with latter, arguably the world's greatest disco group.

First, the music. The iconic bass riff of Good Times by Bernard Edwards is one of the most covered of all time, famously by the Sugarhill Gang on Rapper's Delight, the first rap song to chart in the UK (in 1979). Although Deacon did not reuse the actual bass riff, he was clearly inspired by it, and both tracks are written in the key of E minor with a tempo of 110 beats per minute. Edwards complained that the music press thought Chic had lifted the line from Queen! "Can you believe that? Good Times came out more than a year before, but it was inconceivable to these people that black musicians could possibly be innovative like that. It was just these dumb disco guys ripping off this rock song." No, the great bass belongs to disco, which accounts for why the song is such a popular club track.

"I'd been wanting to do a track like Another One Bites The Dust for a while," Deacon explained later, "but originally all I had was the line and the bass riff. Gradually, I filled it in and the band added ideas. I could hear it as a song for dancing but had no idea it would become as big as it did."

Not only did he write the song, Deacon played most of the instruments on the track: in addition to the bass, lead and rhythm guitars, reversed piano and some percussion. Brian May added guitar effects with a harmoniser and Roger Taylor played the drums, which were looped. Deacon wanted the bass to shine and the drums were pared back. And, of course, Freddie Mercury added the vocals.

Now, the lyrics. A man (blandly named Steve) walks down an empty street and machine guns are readied. There's going to trouble. Tension builds: "Are you ready, hey, are you ready for this? Are you hanging on the edge of your seat?" Then the shootout starts, and "Another one bites the dust". There is a subliminal echo of the infamous St Valentine's Massacre, when seven people were gunned down as gangsters fought out for control of bootlegging operations in Chicago during the prohibition. The next verse tells how the situation has arisen. Although open to interpretation, it appears a partnership has broken down, and the man feels bitter. The shootout is a showdown, perhaps even a rampage killing, with the man seeking revenge. "Hey, I'm gonna get you, too. Another one bites the dust."

The combination of the pounding bass and Freddie Mercury's delivery of the violent lyrics provide the song with machismo, which undoubtedly contributed to its success. Yet Queen were reluctant to release the track as a single, but a backstage visit from Michael Jackson changed their minds. He had told Mercury that "You need a song the cats can dance to." After hearing Another One Bites The Dust, he said, "That's it, that's the gravy! Release it and it will top the charts." So they did, and Jackson was proved correct.

Two years later, the song was earmarked for the soundtrack to Sylvester Stallone's movie Rocky III, but when Queen refused permission, it was eventually replaced with an original track, and another massive global hit, Survivor's Eye of the Tiger.

We hereby instate Another One Bites The Dust by Queen on The Wall as No. 16 Best Single of 1980.

I was surprised that the single did not do better in the charts on its release, but it's now firmly entrenched as one of Queen's favourite singles – and rightly so. And a hat tip to Brian Deacon, the overlooked member of the group, who wrote some great tracks.Ant B

*Written by: John Deacon. Taken from the album "The Game" 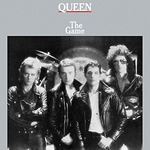