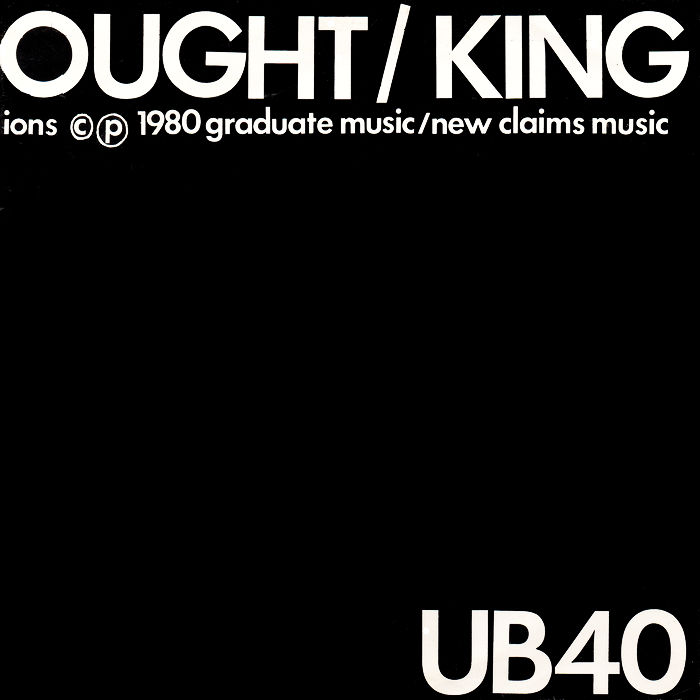 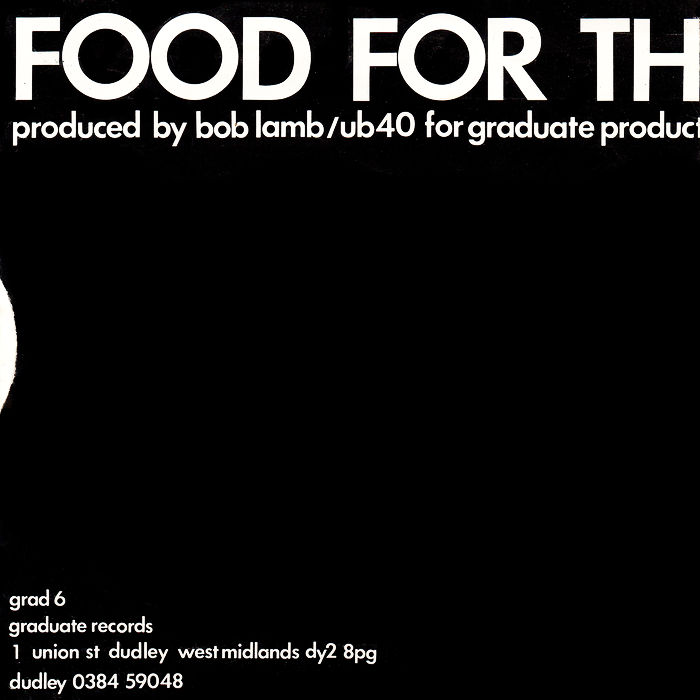 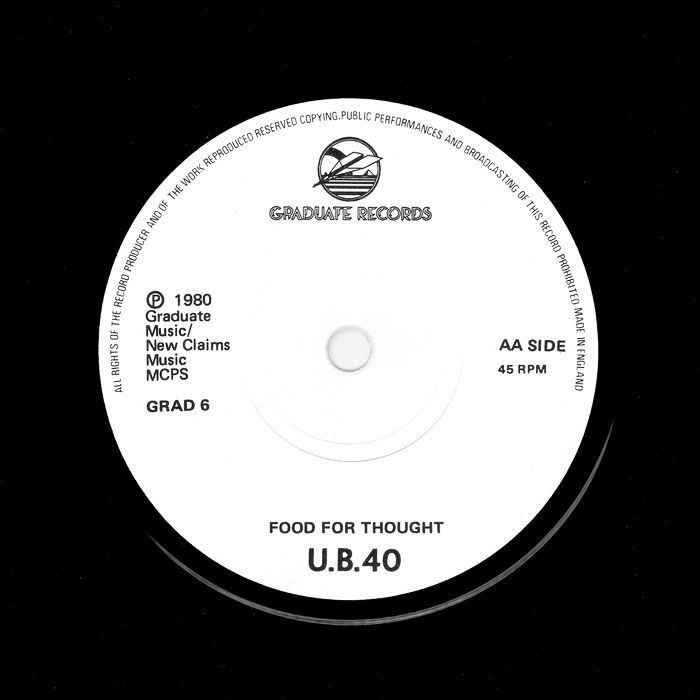 Asked to name a song about Christmas and famine, most people would unhesitatingly recall the charity blockbuster by Band Aid in 1984. Yet this reggae classic by UB40 predated it by nearly five years and few people know what it is about, possibly because many mishear the opening phrase as "I'm a prima donna". It is actually "Ivory Madonna" - and, no, it has nothing to do with the overhyped American singer.

"Ivory Madonna dying in the dust" is a sublime opening; the religion of the white man has done nothing to help the indigenous people of Africa struggling against poverty and hunger. "Waiting for the manna coming from the west" refers to the humanitarian aid from the developed nations that never arrives or, if it does, only when tens of thousands have already perished. The premise behind Food For Thought is the contrast between the starving poor in developing nations and conspicuous consumption in the developed world at Christmas - sound familiar?

"Barren is her bosom, empty as her eyes. Death a certain harvest scattered from the skies" are the following lines, and are surely without equal in describing a famine. Although most people are aware of the appalling Ethiopian famine of 1984, which galvanised the charity work of Band Aid, it also occurred a decade before, when tens of thousands people died of starvation in northern Ethiopia.

The second verse is juxtaposed with the first: "Hear the angels singing, what is that they say? Eat and drink rejoicing, joy is here to stay." Guitarist and writer Robin Campbell explained the song is about the hypocrisy of Christmas: "The fact that there are starving people in Africa and here we are all sat around eating our Christmas dinner and praising the Lord. People are still dying every day, every minute while we're doing it..." It was basically a dig at politicians who refused to relieve famine. Nearly 40 years later, little has changed; over half a billion people still do not have enough food to eat while 1.4 billion tons of food is wasted each year, enough to feed two billion people.

Campbell wrote the lyrics in his flat during Christmas 1978, and it is probably no coincidence that a Christmas carol set to a disco beat was topping the chart (Mary's Boy Child by Boney M). The rest of UB40 helped set the lyrics to music. Written in the key of A minor, the melancholy melody lilts over a gentle reggae beat with reverbed saxophone hooks and bridges. Common with almost every reggae song, it has a beguiling simplicity. "I think that simplicity means you can relate to reggae more easily than other form of music," drummer Jim Brown explained. "It doesn't dazzle you in any technical way. And that's also one of the reasons people don't like it – in fact, plenty of people hate it for its simplicity. But if you like it you tend to love it with all your being."

Campbell later lamented he was disappointed that few people understood the song and believed its lyrics should have been more obvious. We could not disagree more. The metaphorical lyrics have enduring value precisely because they are not literal. They imbue the song with an artistic gravitas that increases its impact to those that actually listen and appreciate its message. This is an exemplar of reggae with a political conscience that rivals Bob Marley. Not bad for the first single by a bunch of unemployed carpenters and students.

This reflective Christmas song is scarcely going to be belted out by overindulgent revellers but it deserves far greater airplay every festive season than it currently receives, which is virtually none. We say, everyone needs less All I Want For Christmas and more Food For Thought.

For me, this remains one of UB40's best songs. They were creative songwriters with an ear for powerful lyrics, yet their greatest success would come through unremarkable covers such as Red Red Wine and I've Got You Babe. I guess that's the fault of the record-buying public.Ant B

*Written by: UB40. Taken from the album "Signing Off" 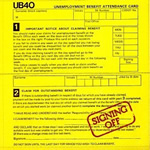