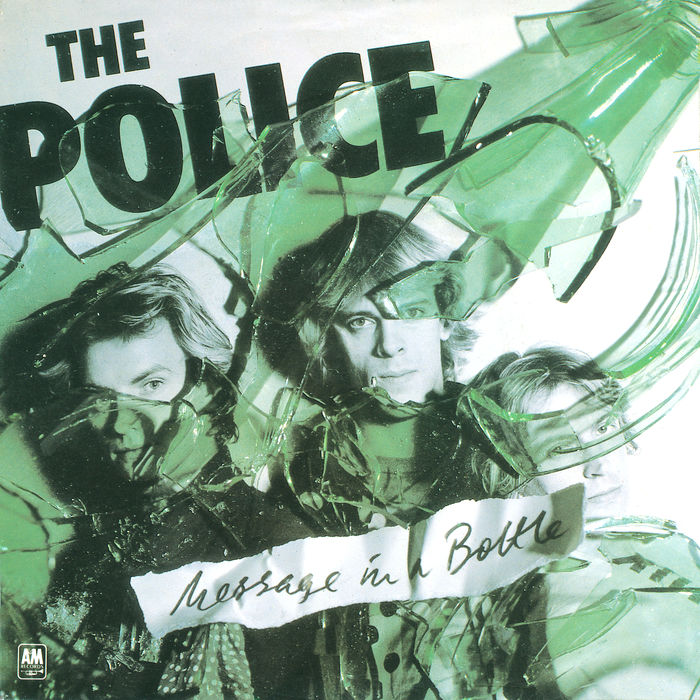 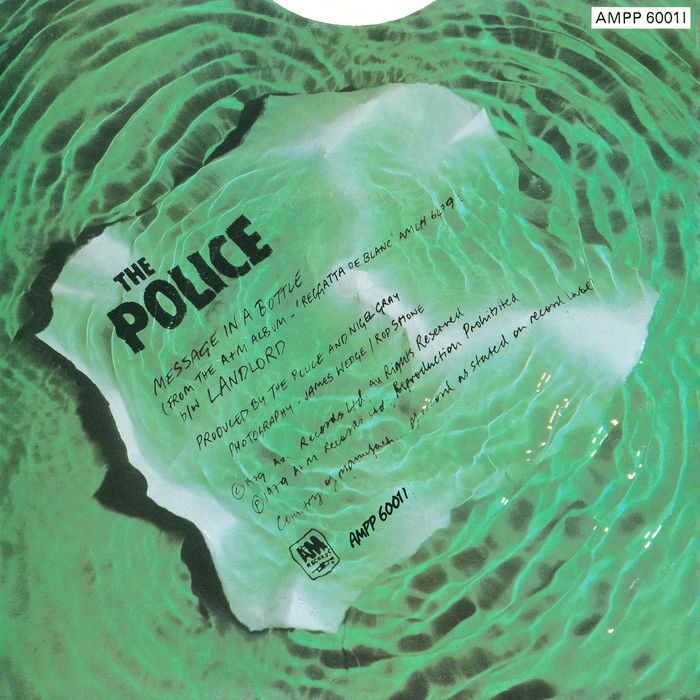 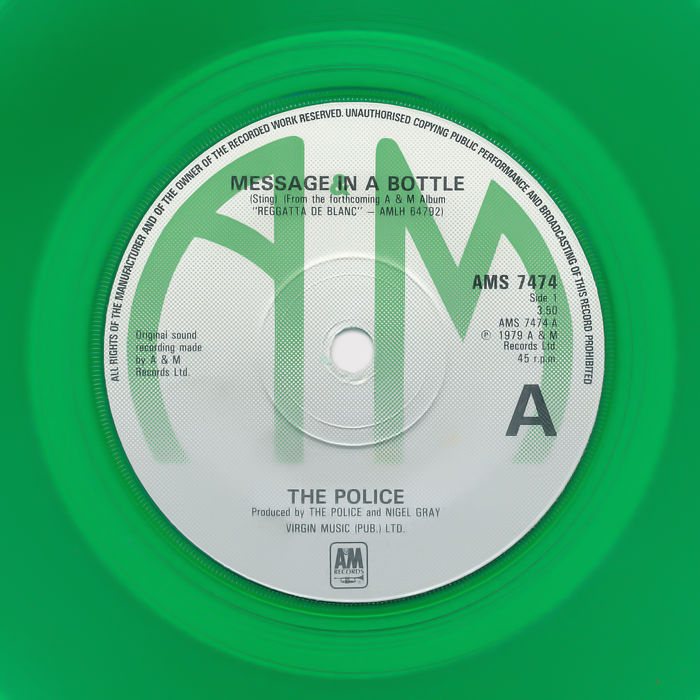 Message In A Bottle

On Friday 20 October 1978, three young men flying economy class land at JFK airport and check into a modest hotel in downtown New York. Tired by the long flight but invigorated by the energy of the city that never sleeps, Sting, Andy Summers and Stuart Copeland take to the stage at CBGB, the famous punk venue in Manhattan. The Police play their first-ever US gig in front of a small but enthusiastic audience. During the tour, which sees the unknown group travel from city to city in a cramped Ford van, Sting plays around with a mesmeric riff he had been working on before they left. It's the embryonic Message In A Bottle, which would stand at the top of the UK chart almost exactly a year later and propel The Police into superstardom.

The track is an ensemble of virtuosos. Summers adds some sublime colour in his guitar work, especially the shimmering arpeggiated chords. Copeland's drumming is off the chart, furiously beating out complex rhythms punctuated with crashing cymbal hits. Sting's riff and bass are possibly the finest music he wrote with The Police. His lyrics are also outstanding. With echoes of Robinson Crusoe, the song tells of a castaway lost on a desert island suffering "more loneliness than any man could bear". He sends out a message in a bottle desperately hoping for rescue, but a year later nothing has changed. Then one morning he finds "a hundred billion bottles washed up on the shore" and he realises that "he is not alone in being alone". The song is a metaphor for the loneliness that the pursuit of love often brings, a theme echoed by another song in our Top 20 of 1979 – see Roxy Music's Dance Away.

Sting told Q Magazine years later: "I like the idea that while it's about loneliness and alienation it's also about finding solace and other people going through the same thing. The guy's on a desert island and throws a bottle out to sea saying he's alone and all these millions of bottles come back saying, So what, so am I! I like the fact that the whole deal is clinched by the third verse. It makes a journey." He added, "I was pleased that I'd managed a narrative song with a beginning, a middle and some kind of philosophical resolution in the final verse. If I'd been a more sophisticated songwriter, I would have probably illuminated this change of mood by modulating the third verse into a different key. But it worked anyway."

It certainly did. Following the success of their first two singles, Roxanne and Can't Stand Losing You, Message In A Bottle crashed into the Top Ten on its release and the following week became the first of the group's five UK No. 1 singles. The promotional video begins with a police car and images of young people hanging around the street. It cuts to the group inside a theatre dressing room with Sting and Andy playing guitar and Copeland playing drums on the back of a chair. His drumming anywhere was a characteristic of Police videos. In Walking On The Moon, the group's follow-up No. 1, also taken from the album Regatta de Blanc, he famously used his drum sticks on the inside of a Saturn V rocket engine at the Kennedy Space Centre.

We hereby instate Message In A Bottle by The Police on The Wall as No.6 Best Single of 1979

This was another record that I sacrificed on the altar of my Blondie worship. With only enough pocket money for one single, I was standing in the smoky downstairs of HMV in Southampton agonising over which single to buy. It was a choice between Dreaming or Message In A Bottle in green vinyl. I know it really was a no brainer, but my loyalty to Debbie won out. I rectified the situation the following year when I bought The Police's Six Pack which contained this song in blue vinyl. Ironically, it is now worth more!Ant B

*Written by: Sting. Taken from the album "Reggatta de Blanc" 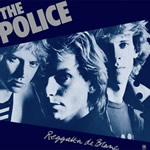