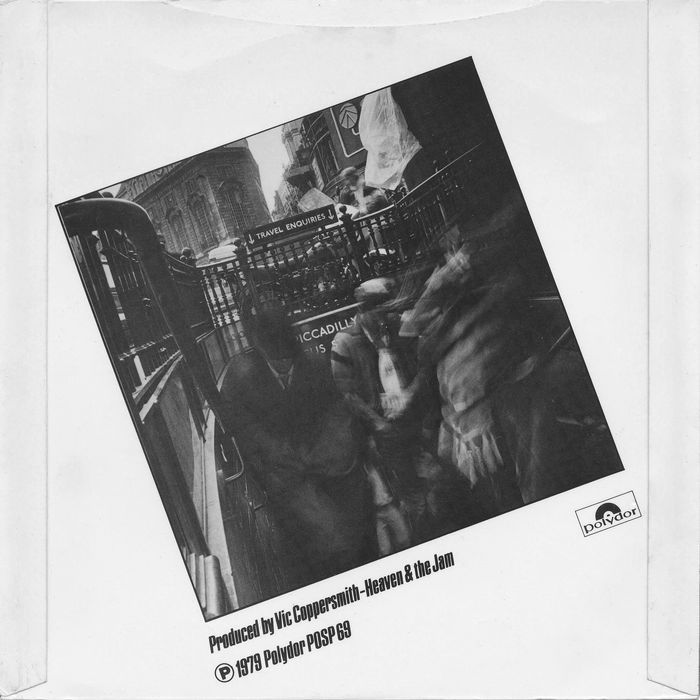 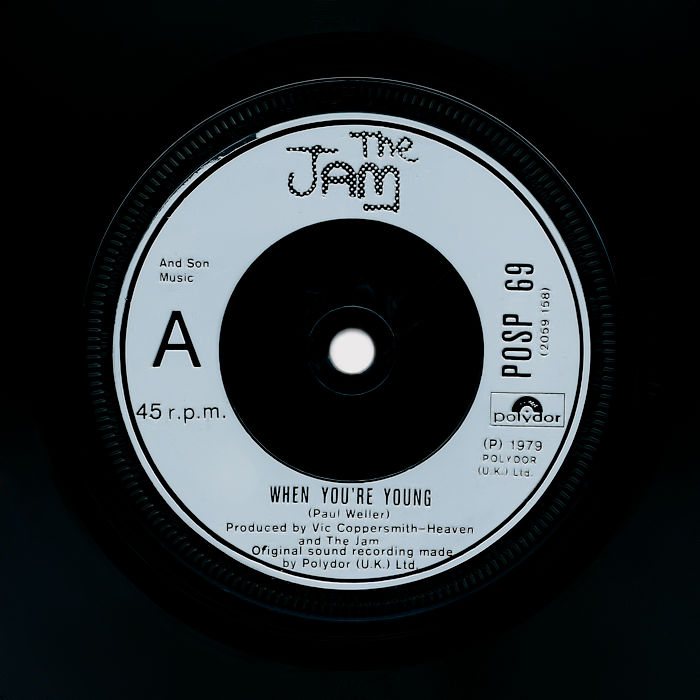 When You're Young is a song written by lead singer Paul Weller about the aspirations and hopes of the young crushed by an cynical capitalist system. The song captures the exuberance of youth: "Life is a drink and you get drunk when you're young… You swear you're never ever gonna work for someone". On getting older "you find out life isn't like that" and your dreams were cruel illusions. The system's "got you in its grip before your born" and success is determined by "a dice and a board". And you're the loser. The searing music complements the penetrating lyric and clever world play: "You think you're a king but you're really a pawn... the world is your oyster but your future's a clam".

It is hard to believe Weller was only 20 years old when he penned this. Its sharp observations are so passionately made one would think it was relaying the experiences of a forty-something male undergoing a mid-life crisis. Yet to Weller, the punk scene was authentic only for teenagers. A few years later he said: "For someone to pretend to be teenage, and there were a lot doing that, using that punk thing when they were ancient, just used to annoy me so much."

At 20, Weller felt like he was middle-aged musically and was undergoing the same emotional crisis: "Crossing that bit between being a teenager and not being one really frightened me. I worried that we'd lose something. Whatever I had, I'd lose it." It explains how he was able to write such a perceptive song about the loss of youth; in his case, his teenage years.

Unlike many groups who tossed out an inferior track on the B side, The Jam often backed their singles with a song as good as the A side. This disc offers the excellent Smithers-Jones, a rare composition from bassist Bruce Foxton, undoubtedly his finest and a track worthy of Weller at his best.

Like the A-side, Foxton's magnum opus is also about disillusionment, inspired when his father was made redundant. It's a well-crafted narrative of a diligent office worker who's "part of the production line", the same as everyone else on the train packed "like tin sardines". He hopes to buy a new car with his expected promotion. His boss calls him in but there's a sting in the tail: "I've some news to tell you. There's no longer a position for you. Sorry Smithers-Jones." Our protagonist realises that for all his life he's worked his arse off "but the only one smilin' is the sun-tanned boss".

On the album, Setting Sons, the song has an orchestral arrangement, an idea of drummer Rick Buckler. It does not work as well as the guitar version on the single, which has far more energy, power and raw emotion. In fact, the orchestral version is a failure.

Both songs appear to draw inspiration from Shangri La by the Kinks, a biting, Orwell-like commentary on the aspirations of the middle class, who have escaped the outside lavatory of working class houses but are now weighed down by mortgages and bills. Their small world is the suburb where "All the houses on the street have got a name 'Cos all the houses in the street they look the same". The house is ironically named Shangri La, a reference to the fictional land of dreams and perpetual youth, but it is actually a tragic reflection on how people will settle for something far less than they originally hoped for. Its powerful theme reflected in both The Jam songs.

We hereby instate When You're Young by The Jam on The Wall as No.9 Best Single of 1979

At the time, I preferred the B-side. I think I still do, although it's very close. Hat tip to Bruce.Ant B