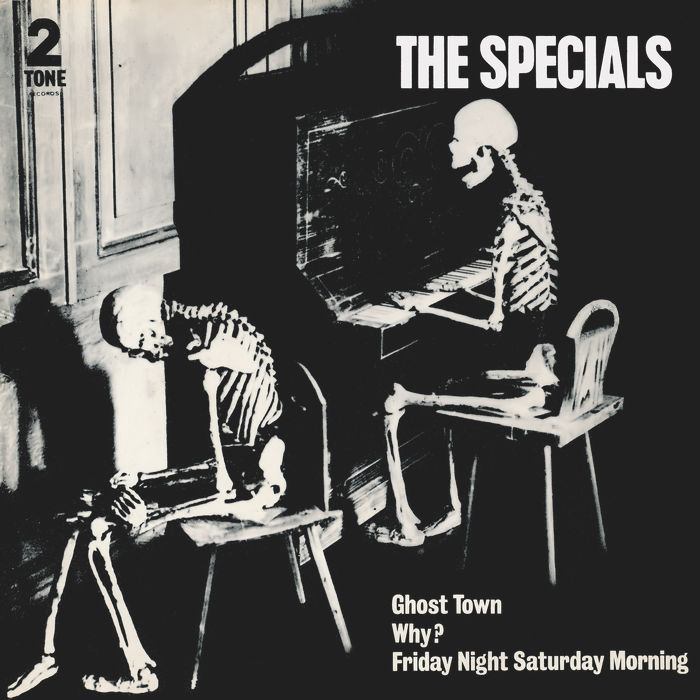 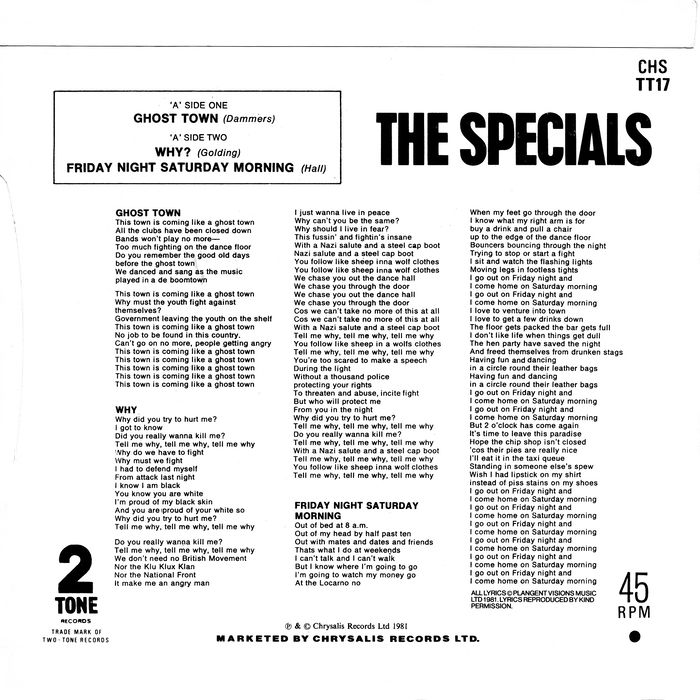 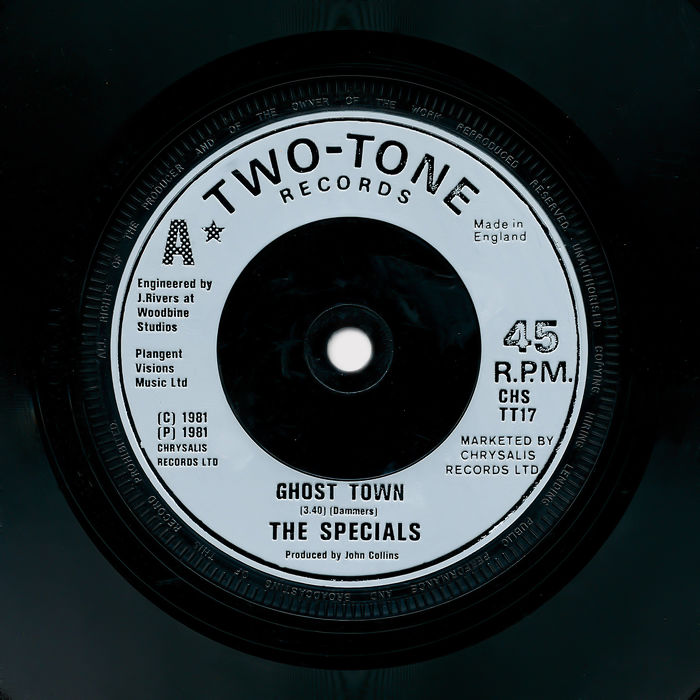 Few songs capture the zeitgeist of a particular era like Ghost Town. When it hit No. 1 in the summer of 1981, its message of urban violence and social decay was mirrored by riots that erupted in nearly three dozen cities, including London, Liverpool, Manchester, Edinburgh, Leeds, Leicester, Southampton and Birmingham. Underlying these disturbances was the high level of unemployment, especially among the young and ethnic minorities, fuelled by escalating racial tensions.

Keyboardist Jerry Dammers wrote the song about the social toll of unemployment. "You travelled from town to town and what was happening was terrible," he later told the Guardian. "In Liverpool, all the shops were shuttered up, everything was closing down ... We could actually see it by touring around. You could see that frustration and anger in the audience. In Glasgow, there were these little old ladies on the streets selling all their household goods, their cups and saucers. It was unbelievable."

The group had first-hand experience of the effects of the economic recession. They hailed from Coventry in the Midlands, which had been hit hard by the decline in manufacturing industry, resulting in an unemployment rate well above the national average. Youth unemployment was higher still, and clubs like Tiffanys in Coventry, which had hosted groups like The Clash, Blondie and The Stranglers as well as The Specials, were shutting their doors: "All the clubs have been closed down". Racial tensions had spilled over into violence too often: "Too much fighting on the dance floor". The song asks: “Why must the youth fight against themselves?” The answer: “Government leaving the youth on the shelf.”

"The fact that it became popular when it did was just a weird coincidence," Singer Terry Hall reflected. The track was recorded in April 1981, when racial tensions set Brixton ablaze. Two weeks after its release, riots tore through Toxteth like an urban wildfire. By mid-July, with unrest in major cities across the country, Ghost Town was No. 1. The song could not have been more apposite, giving it a shocking resonance at the time and, looking back, a historical significance that few singles have ever matched.

Its minimalist lyric, with its prevailing mood of nihilism, perfectly expressed the deep rooted anxieties and anger that were etched in a troubled nation’s psyche. “This town is coming like a Ghost Town”, which is repeated like a bleak mantra throughout the song, seemed to be a dreaded prophecy for many people struggling to make ends meet and fearing for the future. "The overall sense I wanted to convey was impending doom," Dammers explained. "There were weird, diminished chords: certain members of the band resented the song and wanted the simple chords they were used to playing on the first album."

Amid creative disagreements and in-fighting among the group, the recording process was not easy. "People weren't cooperating," he remembered. "Every little bit was worked out and composed, all the different parts. I'd been working on it for at least a year, trying out every conceivable chord ... I can remember walking out of a rehearsal in total despair because others would not try the ideas."

Terry Hall, Neville Staple and Lynval Golding soon left The Specials to form Fun Boy Three, returning to a more minimalist sound they preferred. But Ghost Town was a personal triumph for Dammers; it remains a masterpiece of pop music.

We hereby instate Ghost Town by The Specials on The Wall as the No. 1 Best Single of 1981.

Few songs have captured the prevailing mood of a nation as perfectly as Ghost Town. A deserved No.1 and pinnacle of the 2-tone movement.Dave B