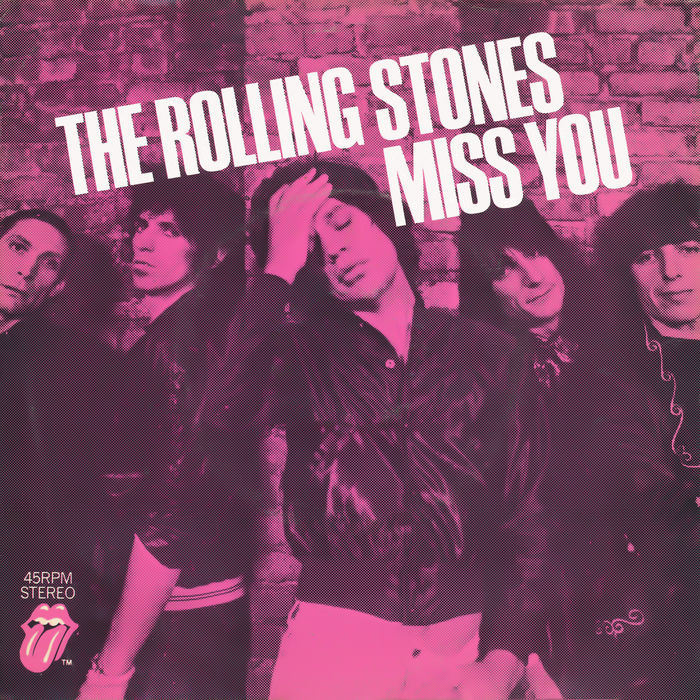 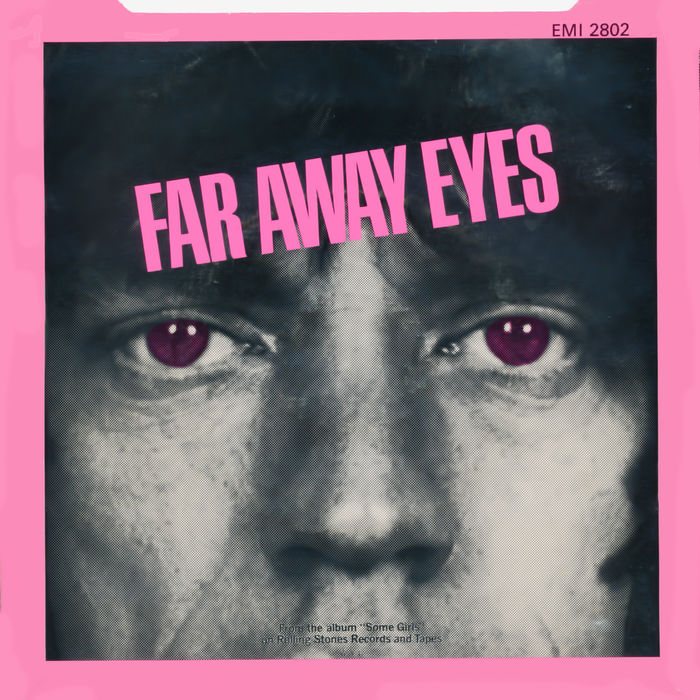 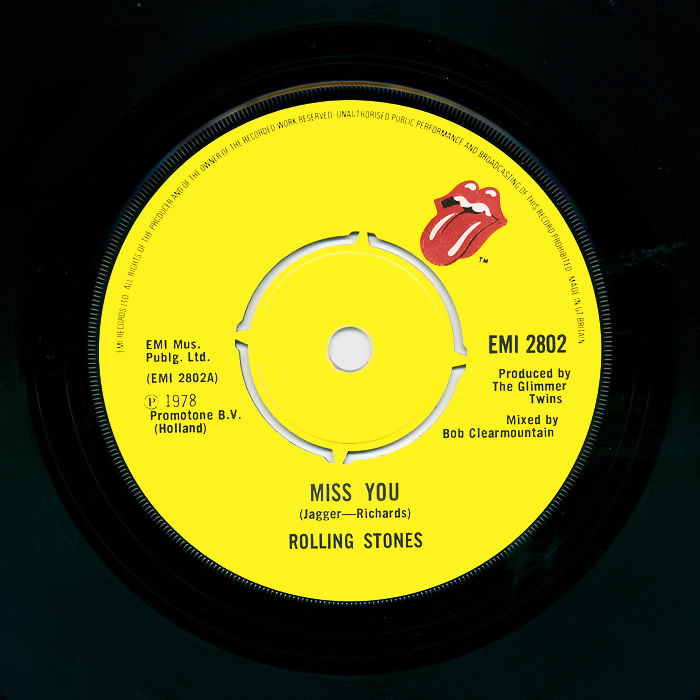 The delicious funky sound of Miss You with its gyrating bass and falsetto chorus could have been written by Prince. Indeed, when onstage with the Stones in 1987, Prince is reported to have said that he wished he had written it. In an interview before he died, John Lennon said that Miss You was a great track but claimed that the chorus was a speeded-up lick from his album track Bless You. So, here we have a dance track that Prince said he wished he had written and John Lennon thought was similar to one of his own songs; surely, there can be no better testament to the quality of Miss You.

The lyric, about the pain of separation and the emotion of longing, seems inspired by Jagger's failing relationship with his first wife, Bianca, who coincidentally filed for the divorce when the song was in the charts. Musically the track was inspired by disco, which was still at its zenith when the track was composed and Wyman finished its bass line after visiting several clubs and discotheques. The result, as Richards is quoted as saying, is "a damn good disco track."

It's better than that. It's a funky dance groove blended with R&B. Indeed, the song is unusual for The Stones because the bass is so dominant. Bill Wyman explained: "When I did the riff for Miss You, which made the song, every band in the world copied it for the next year: Rod Stewart, all of them." That may be an exaggeration, but Rod Stewart was shown an open door and ran through it. Some of his biggest hits like Do Ya Think I'm Sexy and Baby Jane might not have been recorded had The Stones not shown that rock groups were able to create fantastic dance tracks that were commercially successful.

Miss You is notable for being the first 12" single the Stones released. Lasting over eight and half minutes, the outstanding mix features additional instrumentation, including harmonica and a luscious keyboard section, and another verse, which includes a controversial comparison of girls to streetcars:

"Yeah, we gonna do up this town
We gonna mess and fool around
Hey Man! What's with you?
Yeah, you been strung out for too long
You know girls will come and go
They're just like streetcars!"

Miss You spent one week at the top of the Billboard 100 in the US, the last time the Stones would achieve this feat. It peaked at No. 3 in the UK, the group's biggest hit for seven years, and it was the last time the super group would be so close to the top of the chart. Unbelievably, ahead of it were songs like (embarrassed cough) The Rivers of Babylon and (weeping) The Smurf Song.

We hereby instate Miss You by The Rolling Stones on The Wall as the No. 6 Best Single of 1978.

It was an afternoon spent idling with a Stone's fan whilst at Uni in 1982 that gave me a road-to-Damascus moment regarding this great British institution. Sprinkled amongst the many well-known songs were Angie, Little Red Rooster and Miss You. It made me realise that the Stones were an incredibly versatile group.Dave B

*Written by: Mick Jagger, Keith Richards . Taken from the album "Some Girls" 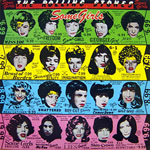