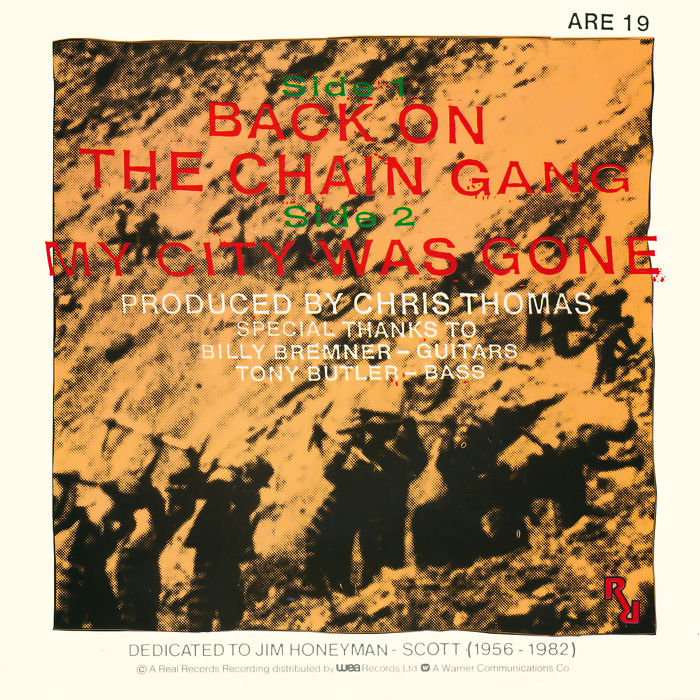 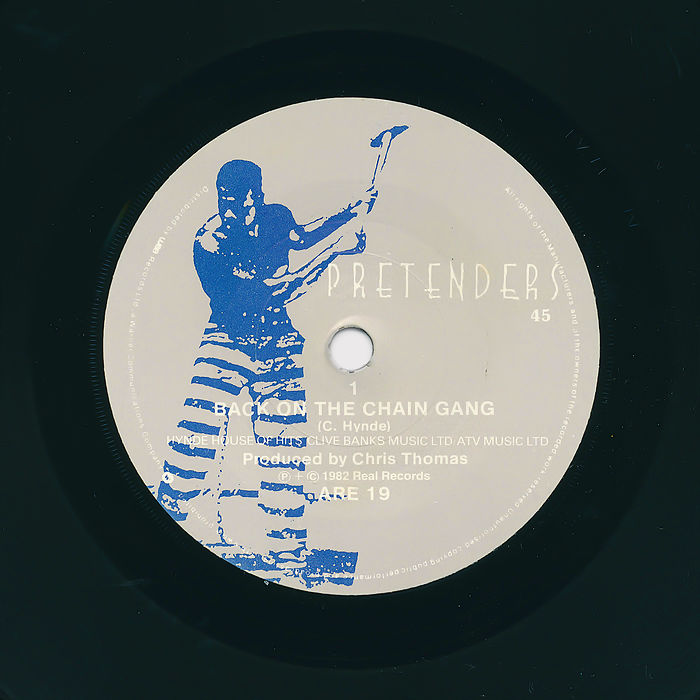 Back On The Chain Gang

On Monday 14 June 1982, The Pretenders fired their bassist, Pete Farndon. It was hardly major news – on the same day Margaret Thatcher told the House Of Commons that the Falklands War was over and the World Cup in Spain had begun the day before – yet it would have a profound repercussions for the group.

"It was so bloody sad that it had come to that," lead singer Chrissie Hynde later recalled. "He was the first guy I got into the band, and the band was probably the most important thing in his life." Although the group lived a little on the wild side at the time, Farndon's heroin habit was affecting his life and his music. Irritable and antagonistic, and his playing increasingly "sloppy", group rehearsals were almost impossible. By the spring of 1982, when the group was touring the Far East, relations between the bassist and the rest of the group reached breaking point. He had to go.

Jimmy Honeyman-Scott, the band's influential guitarist, flew back from the US for the meeting at which Farndon was dismissed from The Pretenders. Whether events would have been different had he not returned we will never know, but two days later Honeyman-Scott was found dead in a London apartment. With the cruelest irony, his death was drug-related: heart failure due to cocaine intolerance. Drummer Martin Chambers rushed to the scene. "There was a policeman there, and he kept asking me questions. But I just couldn't turn my back on Jimmy." Unbelievably, the cop wanted his autograph. "Funnily enough, I gave it to him."

It was against a background of profound shock and tragedy that Back On The Chain Gang was recorded in July 1982. "I don't think anybody really knew what state the Pretenders were in at that point," explained sound engineer Steve Churchyard. "No one was really sure if the Pretenders would continue." The recording sessions were patched together; the rhythm guitar was played by Robbie McIntosh (who later joined the group) and the memorable lead by Billy Bremner of Rockpile (the 70s rock outfit that had included Dave Edmunds and Nick Lowe).

The song has similarities to Sam Cooke's 1960 hit Chain Gang. The chorus uses the same "ooh – aah" prisoner chanting and the sound of a hammer striking metal, an effect derived from a studio technician banging together two 25lb weights that were normally used to steady orchestral boom microphones. This had to be performed in time – there was no digital technology to create a sample and sequence it.

Unsurprisingly, Hynde's lyrics reflected her personal and professional turmoil. It is about the struggle to find love or friendship only to lose it in tragic circumstances. Life then has to be confronted once again, only with remorse for what has been lost. After the liberation of finding happiness, it's like being "back on the chain gang". Most people are able to relate to the opening lines in which the discovery of an old photograph is a catapult to a happier time in the past: "I found a picture of you (oh oh oh oh) It hijacked my world that night To a place in the past We have been cast out of". Hynde’s melancholic vocal gives this song a visceral pathos that enables you the feel the pain of loss and remorse.

Hynde later said that she and Honeyman-Scott had a "musical affinity" and credits him with creating the melodic 'jingle-jangle' that became the group's trademark sound, moving away from Hynde's punkier roots. It was an influential sound, one that that would inspire The Smiths' legendary guitarist Johnny Marr. And continuing the connection with The Smiths, Morrissey covered Back On The Chain Gang in 2018. "I think the original can safely be counted as a pop classic," he told Rolling Stone magazine. As for his cover, it's a creditable version but inferior to the original in almost every respect.

The Pretenders are one of the finest bands that arose from the late 1970s punk and new wave scene, and this is one of the group's finest singles and a tribute to a fallen group member. "One of the things that kept the band alive, ironically, was the death of Jimmy Scott," Hynde reflected. "I felt I couldn't let the music die when he died."

The music never died. Back On The Chain Gang is testament to that.

We hereby instate Back On The Chain Gang by The Pretenders on The Wall as No.4 Best Single of 1982

Sadly inspired by the death of their guitarist 'Honeyman-Scott', 'Back On The Chain Gang' is one of the 'The Pretenders' greatest songs lifted in to the stratosphere by Hynde's finest vocal.Dave B

*Written by: Chrissie Hynde. Taken from the album "Learning to Crawl" 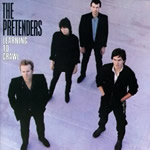