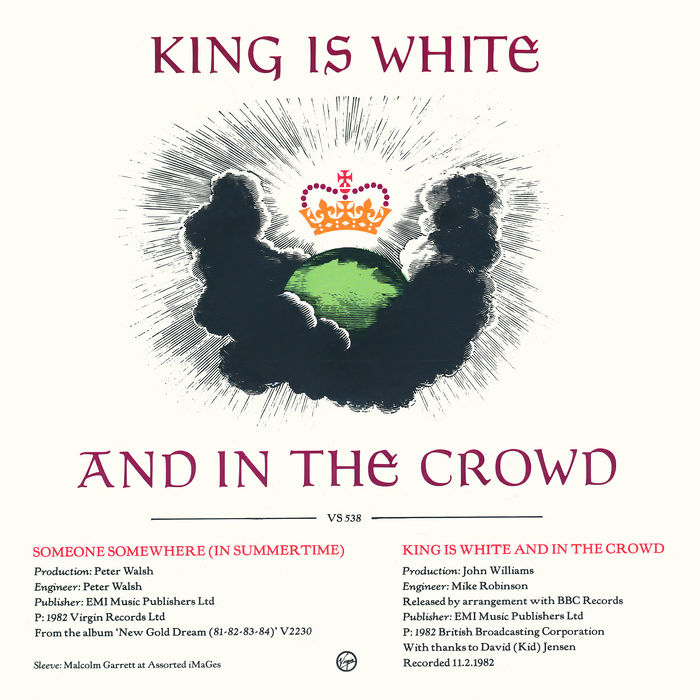 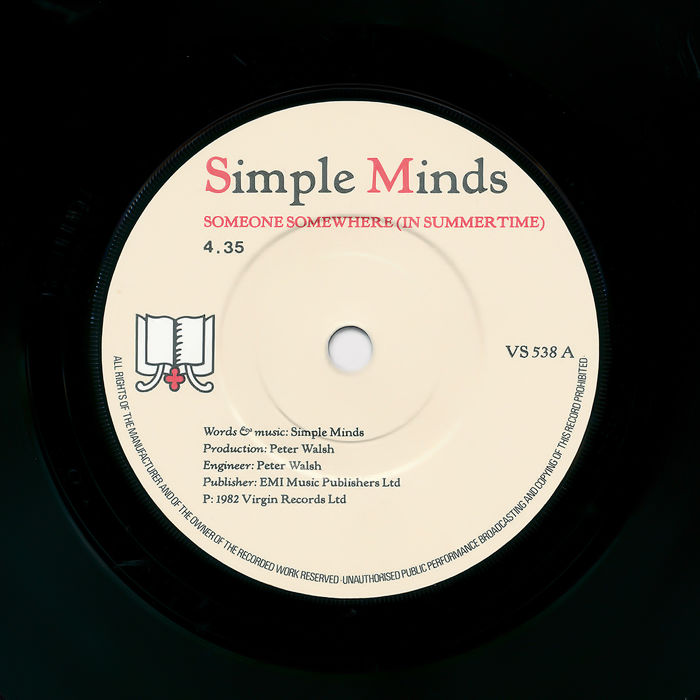 Someone Somewhere (In Summertime)

The cover depicts an eerie-looking, golden mask, vaguely reminiscent of the Easter Island heads. It is actually a photograph of Liberty's face taken shortly before the statue of the "New Colossus" was erected at the entrance of New York's harbour in 1886. Cropped from the image is a man standing next to the sculpture that shows the scale of the eight-foot high visage. The original title of Frederic Bartholdi's masterpiece was Liberty Enlightening The World but the statue came to symbolise The Mother of Exiles, a beacon of freedom and hope to all those who sought refuge in the United States.

As a beacon of hope, it is entirely fitting that Liberty's face is on the cover of Simple Mind's entrancing anthem of expectance and yearning. Just as one knows the brilliant days of summer will follow after the wet of winter, this song tells of the unshakable belief of finding someone special, or something exceptional, after searching for so long. The chorus reflects a yearning to share something magical and unique: "Somewhere there is some place that one million eyes can't see. And somewhere there is someone who can see what I can see." It conveys a beguiling sense of introverted optimism.

This is a rare song in which the verses are more dramatic, more engaging, than the chorus. The music has an ethereal quality, almost transcendent, with a wonderful guitar riff set to a mesmerising beat of depth and warmth. "Jim would record us jamming on a ghetto blaster for hours, guitarist Charlie Burchill explained, "He plucked out a guitar melody which became the intro to the song and the rest flowed from there."

Someone Somewhere (In Summertime) was not the commercial success it deserved to be, only managing to rise to the lowest reaches of the Top 40 in the autumn of 1982. Yet as the opening track from New Gold Dream, arguably the group's finest album, it has a totemic significance; it sets the mood and expectation for what is to come. "I think Someone Somewhere (In Summertime) is not only a great album opener but it's probably the first track of the batch we had written," Kerr explained in an interview with the Sunday Herald. "When I think of New Gold Dream, I think that's the album where Simple Minds arrived and I think songwriting craft also gives the feeling that we'd arrived - that we'd reached some kind of maturity."

The recording of the song, and the album, represented a purple patch for the group, when the creativity flowed effortlessly and the music spontaneous. Kerr remarked in another interview: "Every band or artist with a history has an album that's their holy grail. I suppose New Gold Dream was ours... It was made in a time between spring and summer, and everything we tried worked. There were no arguments. We were in love with what we were doing, playing it, listening to it. You don't get many periods in your life when it all goes your way."

"It was a great time," Burchill agreed, "because we were jamming a lot, and Jim would have weird working titles, like Gold or Glittering or Summertime, defining the direction with a word or two. We let the songs develop slowly, but kept them short, and light. Later, when he sang, Jim could be introverted and thoughtful, a bit more gentle."

And critics lavished praise on the album, which has only grown retrospectively. A recent review in Record Collector claimed that New Gold Dream "not only takes its place among the greatest future-pop albums of the 1980s, along with Dare by The Human League and The Lexicon Of Love by ABC, but sits comfortably among the greatest pop albums of all time."

We hereby instate Someone Somewhere (In Summertime) by Simple Minds on The Wall as No.8 Best Single of 1982

I remember hearing Promised You A Miracle back in 1982, but not this track, which I now consider to be one of the group's finest singles. Ant B 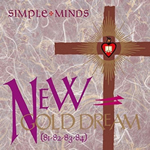