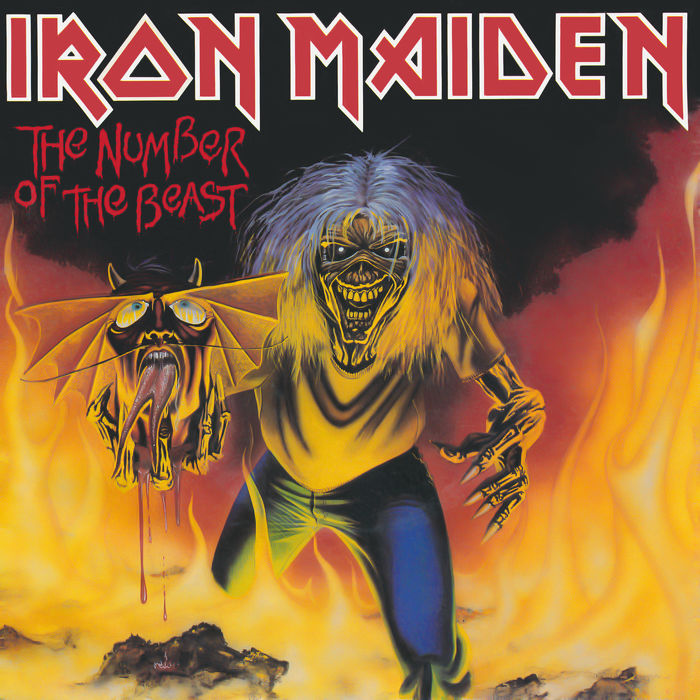 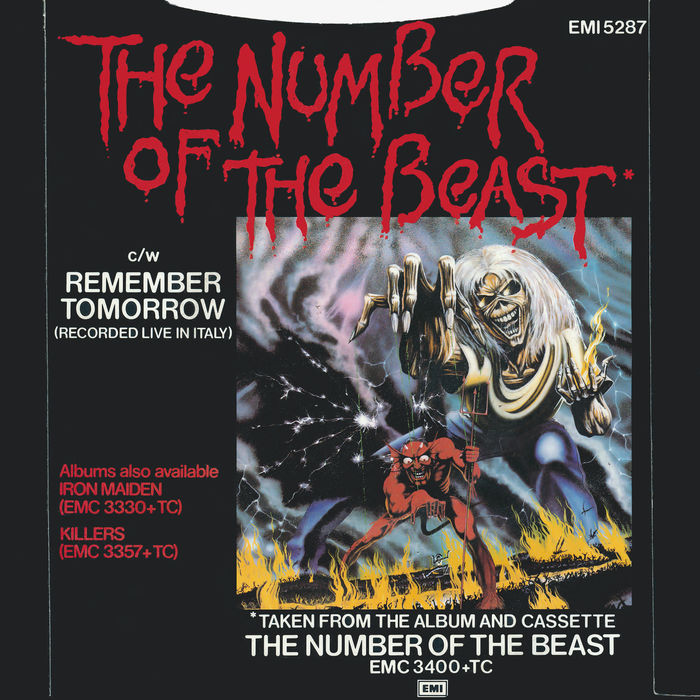 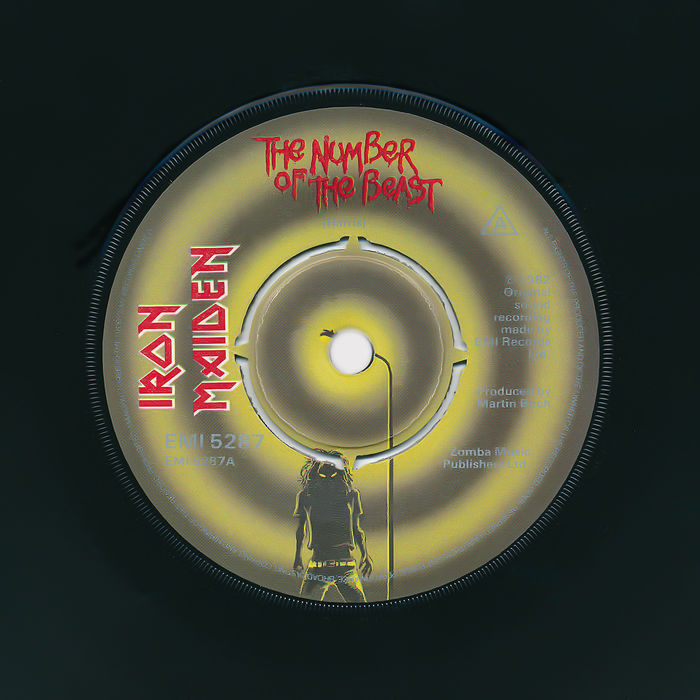 The Number Of The Beast

It was supposed to be Vincent Price, the American actor best known for horror movies, but he allegedly demanded £25k for his services and the group decided to look elsewhere. They ended up with an unknown actor called Barry Clayton, who had previously done a stint directing ITV's current affairs programme, Weekend World. In a mellifluous, gravel voice, eerily reminiscent of Price, he read a passage based on the Book of Revelation: "Woe to you, o'er Earth and sea. For the Devil sends the beast with wrath because he knows the time is short. Let him who hath understanding reckon the number of the beast. For it is a human number. Its number is six hundred and sixty six."

And so begins one of the greatest heavy metal songs of all time. According to the songwriter, bassist Steve Harris, it was inspired by watching the one of the Omen movies about the young Antichrist. Now this was liable to be contentious by itself but throw in the cover showing a horrific-looking zombie* standing in the flames of hell holding the decapitated head of the devil and controversy was guaranteed. A comment of lead singer Bruce Dickinson was then seized upon and taken out of context: "We can play with conviction every night because we totally believe in the music we're performing." In America, it all kicked off. The group was accused of Satanism and predictably their records were burned and smashed in bouts of fundamentalist ire.

This annoyed Harris: "They completely got the wrong end of the stick. They obviously hadn't read the lyrics." Unfortunately, they had read the lyrics, but not carefully enough. The track is about the terror of witnessing a Satanic ritual in the depths of the night: "Torches blazed and sacred chants were praised As they start to cry hands held to the sky In the night the fires are burning bright The ritual has begun Satan's work is done". But rather than participating in the sacrifice, the observer is so traumatised they cannot establish whether the experience was real or a nightmare: "This can't go on I must inform the law Can this still be real or just some crazy dream?"

Whether real or dreamt, the witness will be forever haunted by the evil they have seen, which is memorably captured by the disturbing last verse: "I'm coming back I will return And I'll possess your body and I'll make you burn I have the fire I have the force I have the power to make my evil take its course".

As always, controversy provided publicity, which was a catalyst for the eponymous album achieving massive commercial success; it sold a staggering 14 million copies worldwide. It also received widespread critical acclaim, NME ranking it as the No.4 greatest metal album of all time. It did even better with HMV record buyers, who voted it as the No. 1 British album. Clearly, HMV customers like heavy metal.

The song is famous for Dickinson's high-pitched scream at the end of the vocal intro. At the insistence of the producer, Martin Birch, the group did take after take of the intro, which enraged Dickinson, who trashed the room. Perhaps it was part of cunning plan because Birch then asked him to do a scream similar to one on The Who's Won't Get Fooled Again. Frustrated and angry, the lead singer replied, "Oh, willingly!" and let rip. "It worked quite well," Harris remarked with world-class understatement.

Although the late Barry Clayton provided his voice-over talents for other projects, his 25 seconds of fame were at the start of The Number Of The Beast. Vincent Price could not have performed it better. Interestingly, when Michael Jackson wanted a similarly spoken introduction to Thriller, Price did it for half the fee he quoted Iron Maiden. Clearly, he didn't like heavy metal.

* The zombie is actually Eddie, the group's mascot who makes an appearance on almost all Iron Maiden covers.

Heavy metal is not my favourite genre but this is one of its most renowned tracks and deserves its place on The Wall.Ant B

*Written by: Steve Harris. Taken from the album "The Number of the Beast" 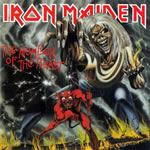