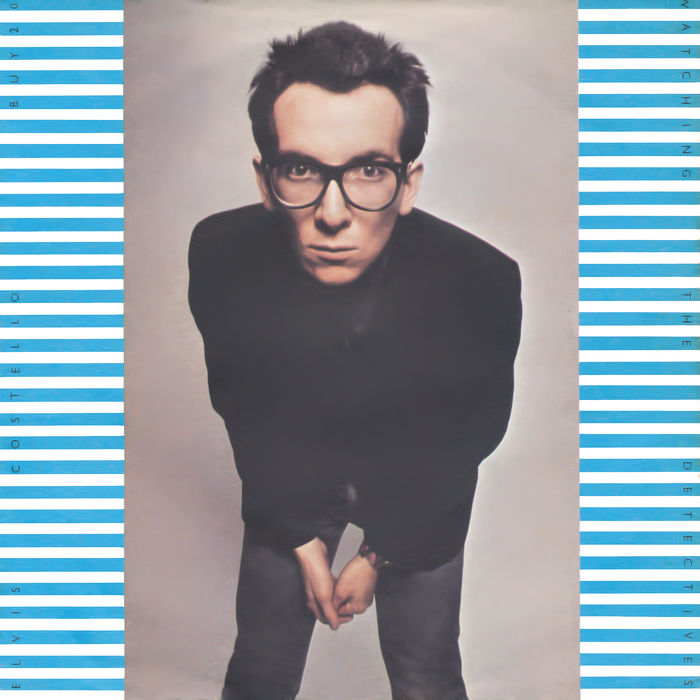 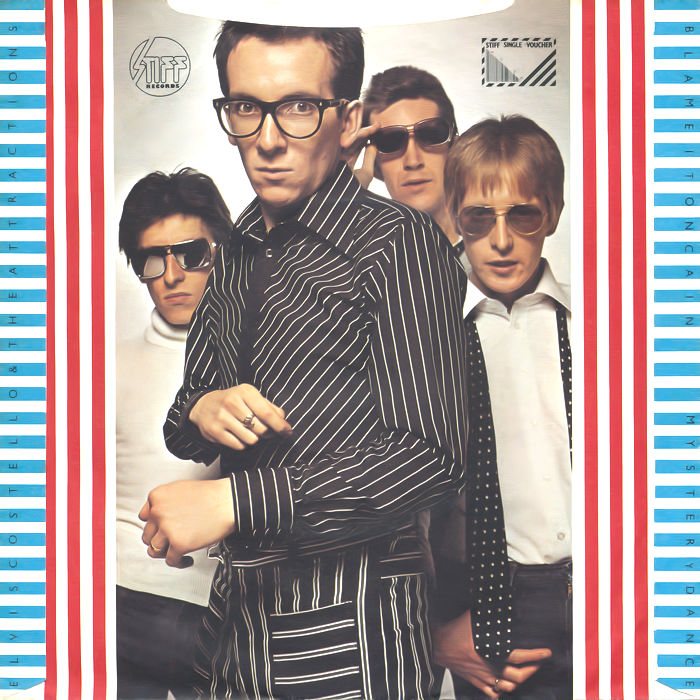 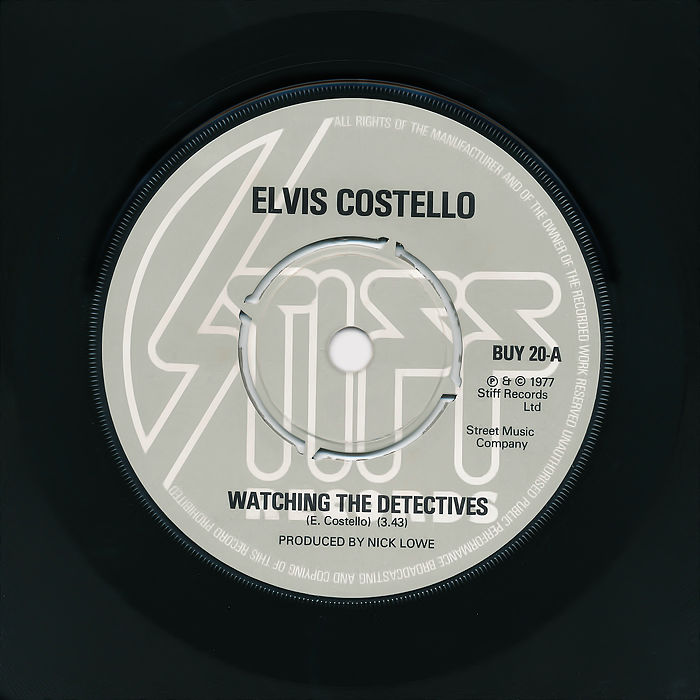 Think film noir. Black and white movies from the 1940s and 50s with low-key lighting, sleazy motels with flickering neon lights, hard-bitten characters and dark plots twisted with sexual undertones. Transfer all this imagery into reggae-inspired music and the result is Watching The Detectives, a standout single from the late 1970s.

"I wrote it when I heard the first Clash album," Costello explained. "I sort of locked myself in the flat that we were living in and listened to their record over and over again through headphones. It was the new thing, and I wanted to know what this thing was about. Reggae was part of my teenage years, as party music. But this was the more radical, political reggae. By the end of it, I thought, with the arrogance of youth, "Well, I can do better than this. So I just wrote the whole song..." in 36 hours without sleep during a caffeine binge.

The reggae rhythm, bass and keyboard fills alone make the music a truly mesmerising experience, but then add the exquisite lyrics - with some wonderful one-liners - and you have a classic. The lyrics are seemingly ambiguous and a glance at online forums reveals that they lend themselves to a myriad of interpretations, the hallmark of great art. Yes, it's about detectives, but what exactly?

The song has avoided controversy for over forty years yet, in our view, this song is about a man eloping with an underage girl. The first verse sets the tone: "Red dogs under illegal legs She looks so good that he gets down and begs." Here we are talking about red shoes ("dogs") under "illegal legs". How can legs be illegal? When they belong to an underage girl. And from the third verse: "They call it instant justice when it's past the legal limit." The legal limit, of course, is the age of consent and instant justice is the lynching that follows if the offender is caught by anyone other than the authorities.

And, if you still doubt our interpretation, the clincher is in the third verse: "The detectives come to check if you belong to the parents Who are ready to hear the worst about their daughter's disappearance." It is hard to reconcile all of this with any explanation apart from the man has absconded with a young girl, perhaps luring her away under false pretences, and the parents are obviously worried out of their minds. It is possible Costello was inspired by an infamous case at time. In March 1977, film director Roman Polanski was charged with having sex with a minor after luring a 13-year-old girl away to an empty house for a photo shoot. The chronology fits: the Clash album was released in mid-April and this song was recorded at the end of May.

The song contains a killer line, one of our all-time favourites: "She's filing her nails while they're dragging the lake." The girl casually watches the TV, absorbed by the images of detectives searching for a missing person - her - but she's more interested in the cute detectives; hence, the chorus.

There's another twist. The man, realising his predicament, is also watching out for detectives: "You think you're alone until you realise you're in it. Now fear is here to stay. Love is here for a visit." He knows he will always be looking over his shoulder long after this fleeting moment has passed. This is followed by the line about the legal limit and then his fear returns: "Someone's scratching at the window. I wonder who is it?" The song may not have a happy ending, since he uses his fingers to "blow you away".

Whatever your interpretation, this is definitely film noir in a minor key. You even imagine the scenes in black and white. Beautifully written, Watching The Detectives is dark ambiguity, full of memorable lines and sharp metaphors set to a hypnotic rhythm. Little wonder Costello believes this to be his finest track from the first five years of his career.

We hereby instate Watching The Detectives by Elvis Costello on The Wall as No. 5 Best Single of 1977.

Ambivalent at first, I've grown to love this song over the years. It's now a toss-up between it and Oliver's Army for my favourite Costello single.Ant B