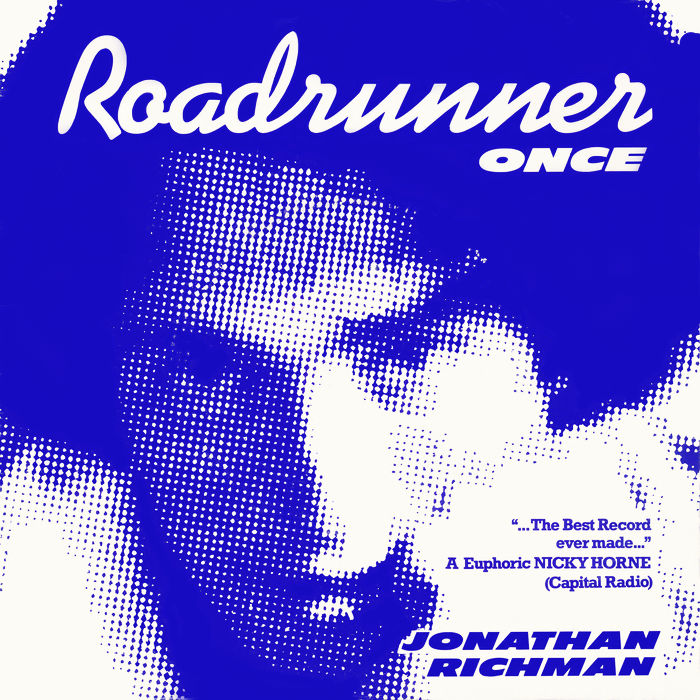 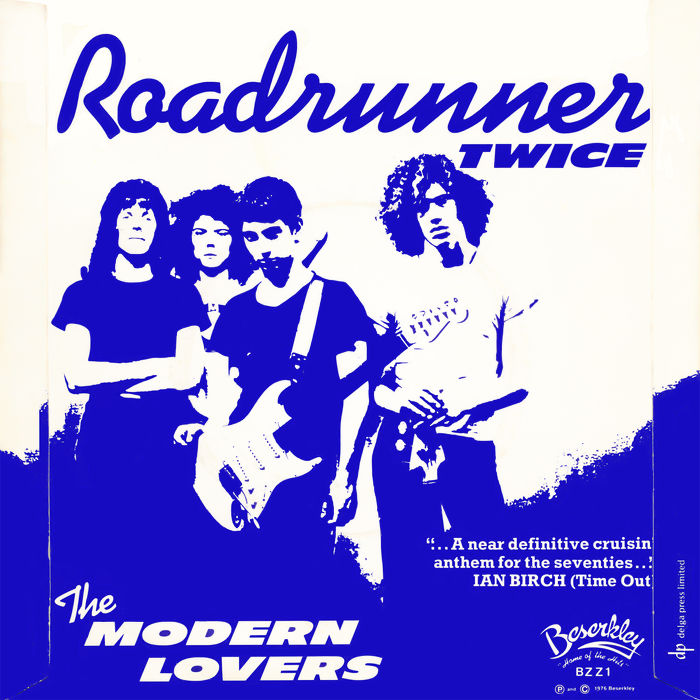 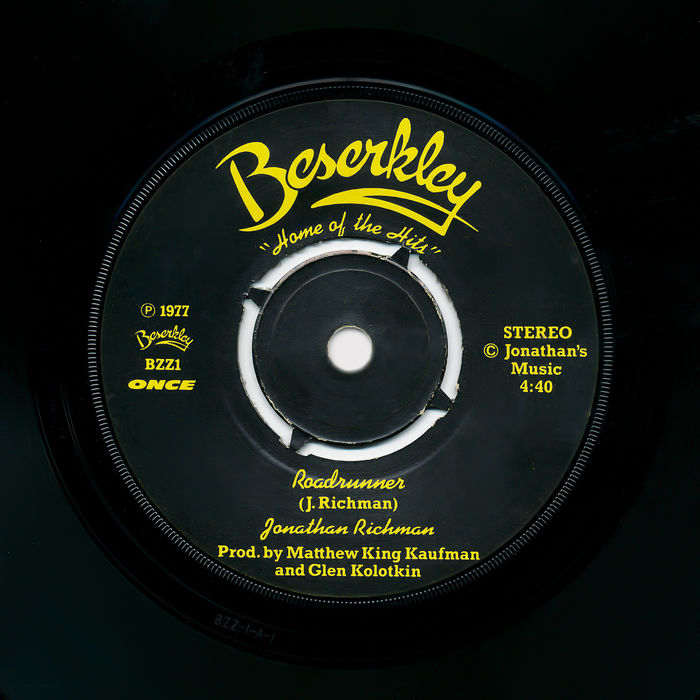 In the UK, Jonathan Richman is perhaps best known for his instrumental hit, Egyptian Reggae, which climbed to No. 5 just before Christmas 1977. Unfortunately, it is remembered for the toe-curling Top Of The Pops performance by dance troupe Legs & Co. The vacuous routine included every imaginable Egyptian cliché, including a prancing pantomime camel. This is how influential, proto-punk artists die.

Inspired by The Velvet Underground and The Stooges, Richman formed The Modern Lovers back in the early 1970s. One of his earliest songs was Roadrunner, clearly influenced by The Velvet's Sister Ray; it shares the same pulsating rhythm and also utilises a simple chord structure. But where latter is unquestionably dark and desolate, Roadrunner is brighter and uplifting. Indeed, The Guardian eulogised its "unblighted optimism" about being young and exploring "the wonders of existence" from the freedom of the road and described it as "one of the most magical songs in existence".

The song is an appreciation of life from behind the wheel of a Plymouth Roadrunner, a 2-door coupe sporting a logo based on the famous cartoon character and a horn that imitated the distinctive "beep beep". In particular, the track conveys the joy of listening to the rock music from the car radio while heading into the depths of the night on Route 128, a freeway around Boston, Massachusetts.

It is more conflicted than The Guardian perceived, however. Behind the positive facade is a darker undertone, a sense of isolation and alienation. "I don't feel so bad now in the car Don't feel so alone, got the radio on Like the roadrunner." From inside the car, the rock music on the radio offers a sense of security and connection that the young Richman had difficulty finding elsewhere; a theme that would later be echoed by Gary Numan in Cars (1979).

The line "The highway is your girlfriend as you go by quick" reveals the song's emotional well. Bassist Ernie Brooks recalled: "When we first met him, I think Jonathan was incredibly isolated and caught in his adolescence. He really wanted to meet girls, but not knowing how to do it." Richman confirmed this in a rare interview in 1993: "When I started out, I was kind of lonely... When I had more success with girls I had less need to be hostile."

The simple music and the distant, almost disconnected vocal, combine to produce a strange and captivating song that feels like a punk track. Indeed, Roadrunner has been cited as the first punk song with one critic calling Richman the godfather of punk. If further validation is needed, The Sex Pistols covered it. However, unlike the social and political anger coursing through many punk tracks, Roadrunner is essentially life-affirming. This positivity reaches its climax after three minutes:

"Got the car, got the AM," sings Richman.

"Radio On!" The Modern Lovers shout in the background.

Roadrunner has a bewildering number of variations, especially if live versions are considered. The single has two versions: Roadrunner (Once), the original, and Roadrunner (Twice). Neither was designated as the A-side. Although the latter is generally considered the standard, the former was used on Top Of The Pops, and – eternal sigh – similarly appropriated by Legs & Co.

We hereby instate Roadrunner by Jonathan Richman And The Modern Lovers on The Wall as the No. 8 Best Single of 1977.

I don't remember hearing this track at the time. In fact, stepping back into the past and unearthing songs you missed is one of the joys of undertaking a project like Wow! And this is a gem.Ant B

*Written by: Jonathan Richman. Taken from the album "The Modern Lovers" 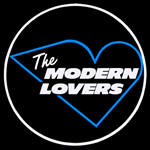