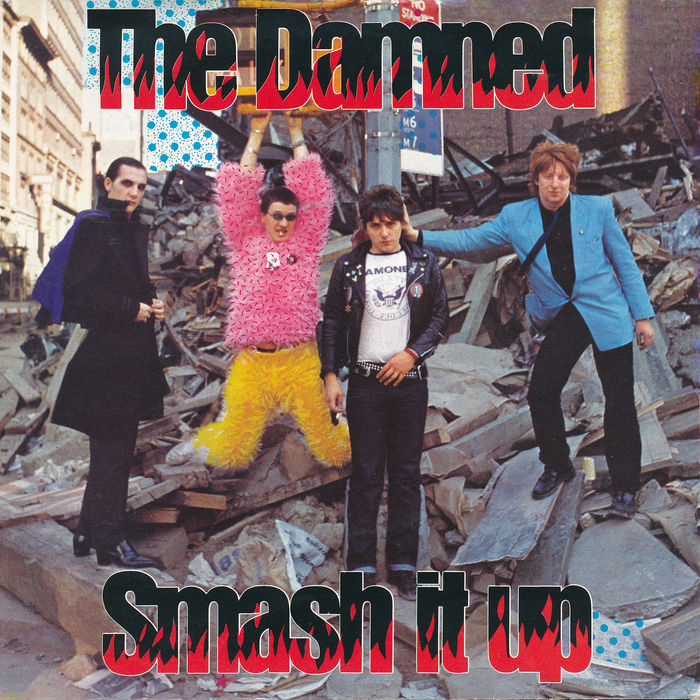 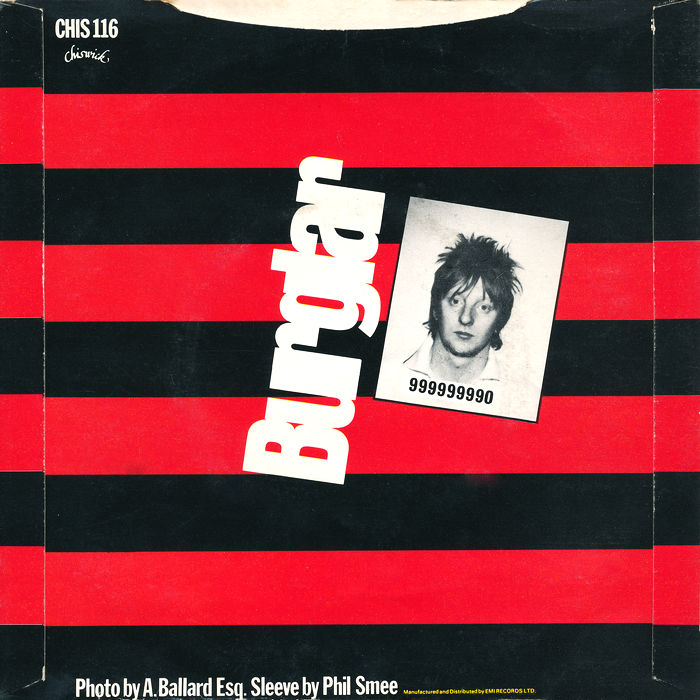 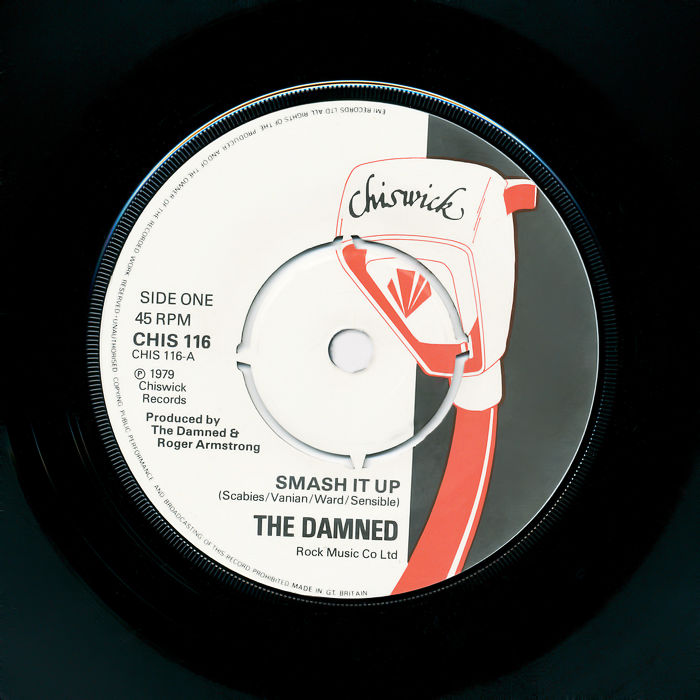 Punk's curtain raiser was The Damned's New Rose in 1976. Three years later, Smash It Up was punk's swan song. When it was released in October 1979 the punk movement was drawing its last breath through snarling lips. Even though there would still be punk bands around in 1980, the strident chords of the furious guitar would be smothered by the clinical pulses of the electronic drum kit and the visual style of the foppish new romantics.

The track was banned by the BBC's Top Of The Pops because of its perceived anarchism, although one wonders whether the bow-tied producers actually feared that the song would be an open invitation for the band to wreck their instruments on stage, something for which they were renowned. The prohibition undoubtedly affected the track's chart success but it only adds to its cachet. In fact, with the wide-angled lens of hindsight, it's practically a prerequisite for a track to be considered as the last punk song.

The song has two parts. The single only showcases Part Two with its high-octane energy and anger, primarily directed towards hippies and pretentions progressive rockers. On the album Machine Gun Etiquette there is the revelation of Part One, an exquisite melancholic instrumental in tribute to punk fan Marc Bolan, who had died two years before in a car crash. Bolan had a close relationship with The Damned, who had supported T-Rex on tour. The instrumental is the calm before the storm. Part Two was not written about Bolan but years later Captain Sensible believed it was "subliminal song writing", his anger vented just as much at the senseless loss of his friend who smashed up his car that fateful night.

As Smash It Up is inextricably linked to Bolan, whose first hit with T-Rex was Ride A White Swan, it adds another reason to call this track punk's swan song. Indeed, the live performance of Smash It Up on the Old Grey Whistle Test (6 November 1979) can be seen as punk's final angry shout. And life was imitating art; the set finished with the trashing of guitars and amps at the high altar of "the enemy". What a way to go!

We hereby instate Smash It Up by The Damned on the The Wall as No. 11 Best Single of 1979.

I think the track expresses frustration at how the punk movement had become a stereotype counter to its original ethos. The Damned certainly didn't let preconceptions of what punk should sound like stifle their musical creativity, and a year later they released the Black Album, a Goth infused classic.Dave B 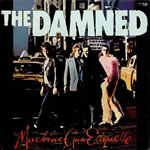