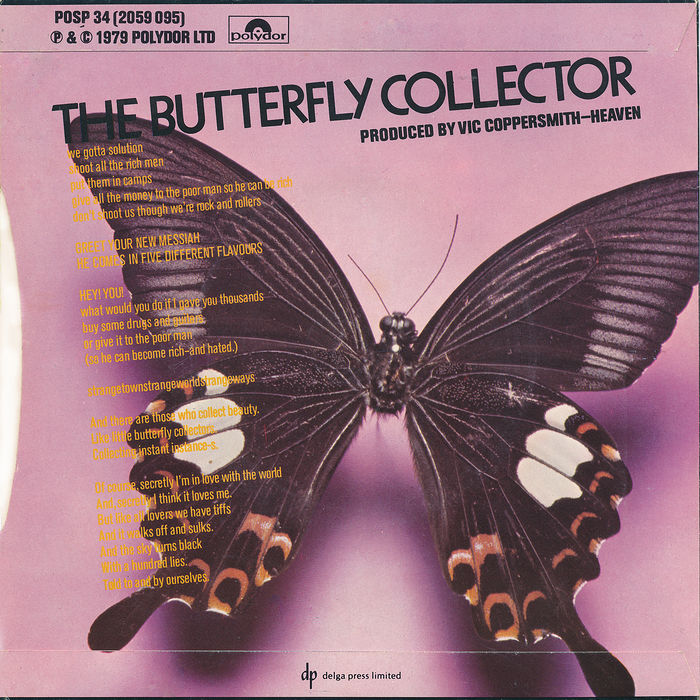 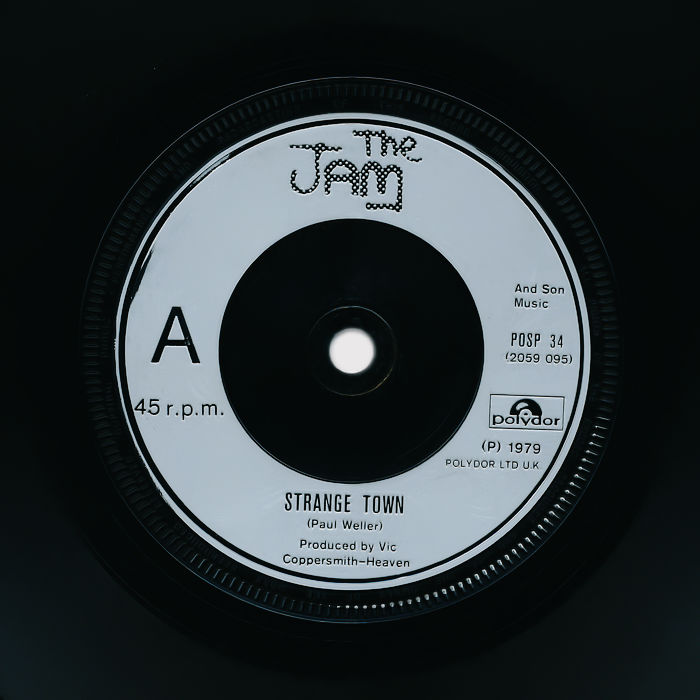 Paul Weller believes Strange Town was the best Jam song he ever wrote. It also benefited from two days of mixing and polishing by producer Vic Coppersmith-Haven. Backed with The Butterfly Collector it is arguably the best ever 7" disc the Jam ever released.

Strange Town is about the alienation of someone moving to a big city, especially one like London, which appears inhospitable and unfriendly to newcomers. "Betrayed by your accent and manners" you are immediately treated as an outsider by the locals, making you feel "like a spaceman from those UFOs". Anyone who has asked for directions or help in London should be able to relate to the lines: "But when you ask in a strange town. They say 'don't know', 'don't care' and 'I've gotta go, mate'".

The song leads the listener on a journey with few musical signposts. After the abrupt introduction, the captivating, thumping bass begins – perhaps the best in any Jam song. The music constantly changes from the bass-driven verses punctuated by stabbing chords to the screeching guitars of the chorus, interposed by two different bridges – one a Kinks-like guitar solo – and a frenetic coda of "break it up". The only constant is the searing anger and disdain coursing in Weller's vocals.

The Butterfly Collector is for some the best B-side the group released, although Smithers-Jones is surely a rival (see When You're Young by The Jam). A reverbed vocal accompanied by rich bass and picking guitar make the verses eerie and distant, while the upbeat chorus is more recognisable as a typical Jam track. The song is allegedly inspired by a female groupie who deserted The Sex Pistols and started to hang around with The Jam only when they started to become cool. The groupie uses her sexual appeal to get in with the right crowd and further her social ambitions. Her conquests are merely the right "faces on the pillowcase", butterflies to be collected only because they look colourful and desirable. Not caring who they truly are, or what they actually stand for, she lives her life vicariously through her conquests.

Similar to a celebrity who is only famous for being a celebrity, she basks in the reflected glory, "the small fame that you've acquired has brought you into cult status" but that's all she can do, she has no other talents; "you're still a collector". And this is obvious once the "appeal between your legs has worn off".

Both songs are biting commentaries about a lack of genuine friendship and community. As usual, Paul Weller sings his songs with passion, a seething contempt almost, which always makes them compelling listening. They are enduring mod masterpieces.

We hereby instate Strange Town by The Jam on The Wall as No.2 Best Single of 1979

There were so many great Jam singles, but this must rank among the finest. If you don't believe me, ask Paul himself!Ant B