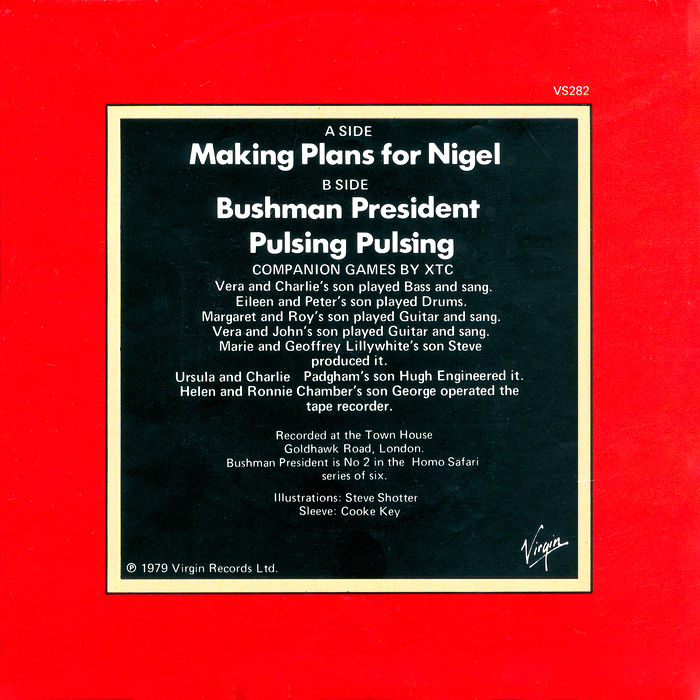 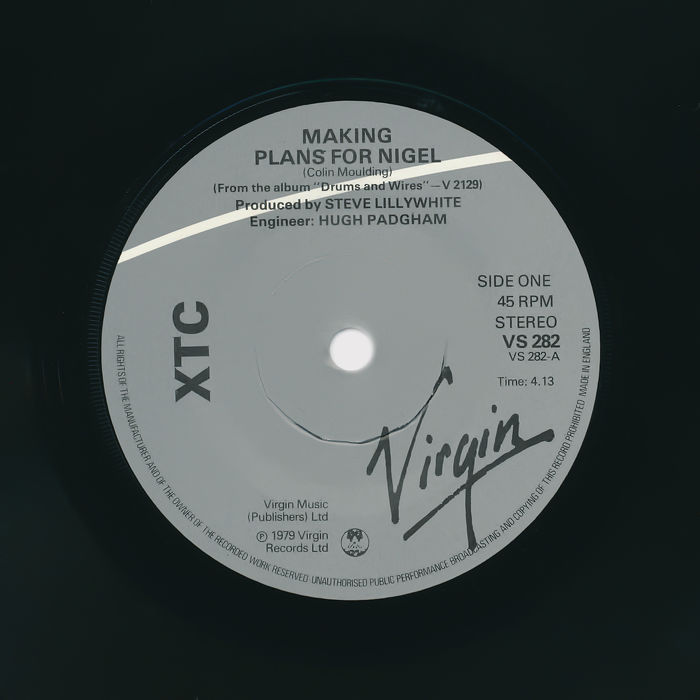 The worker looked up from his bench, his face reflecting the tedium and anger of the place. "You don't wanna work 'ere mate!" The young lad smiled, before being shepherded by the teacher to join the rest of the class on a school visit to a local factory. For many of the pupils, they were on a guided tour of their future; it was virtually the only career council-estate kids could expect during the 1970s. It was something the lad dreaded.

His name was Andy Partridge, who later became the lead singer of new wave band XTC (an abbreviation for "ecstasy"). His sentiments were shared by bassist Colin Moulding, the writer of Making Plans For Nigel, a timeless song about coercion and control in which pushy parents decide their son Nigel "has a future in a British Steel" or any large industrial employer. Like most parents, they "only want what's best for him" but he "just needs this helping hand" to do what's right.

The sound is original; a quirky post-punk mix of echoing drums, punctuated by an electronic snare sounding like two sheets of metal crashing together, and fuzzy guitar chords. The backing vocals during the verses, a high-pitched wail of "uh oh", add to the record's homespun sound. Perfecting that sound took a lot of work, however. Moulding's original demo sounded more like The Spinners, Partridge recalls, and once Making Plans was earmarked as the single from their forthcoming album Drums and Wires, the group "spent five times longer messing with that song" than any other track.

British Steel, a major nationalised industry at the time, was more or less chosen randomly, although it symbolised the industrial strife plaguing the country. In fact, more days were lost due to strikes in 1979 than in any other year. "You couldn't get away from all the industrial disputes, the three-day weeks and all that," Moulding remembered. So pervasive was unionism in 70s culture, the union boss at British Steel actually contacted the group after hearing the song, wanting to them to join the cause. The management also responded, allegedly gathering four employees named Nigel to talk about job satisfaction in an industry publication. You couldn't make it up.

So when we hear "Nigel's whole future is as good as sealed" we fear the worst. The good intentions of his parents will only end badly. Not surprisingly, every teenager who has heard the song relates to it at some level. The song was actually inspired by Moulding's father demanding his son cut his hair and stay on at school. "It got to the point where he almost tried to drag me down the barber's shop by my hair. I know the song tells of a slightly different situation, but it all boils down to the same thing - parental domination."

Since its release, the song has been covered many times and seeped into the national consciousness in a way that mocks the lowly chart position it originally obtained decades ago.

We hereby instate Making Plans For Nigel by XTC on The Wall as No.17 Best Single of 1979

I'd just turned 17 when this song was released. I found it the perfect antidote to my well-meaning parents' career advice!Dave B

*Written by: Colin Moulding. Taken from the album "Drums & Wires" 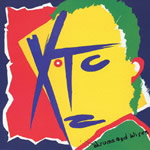